Criticwire Picks: The Visuals of 'Samsara' Propel It Ahead of Strong Field 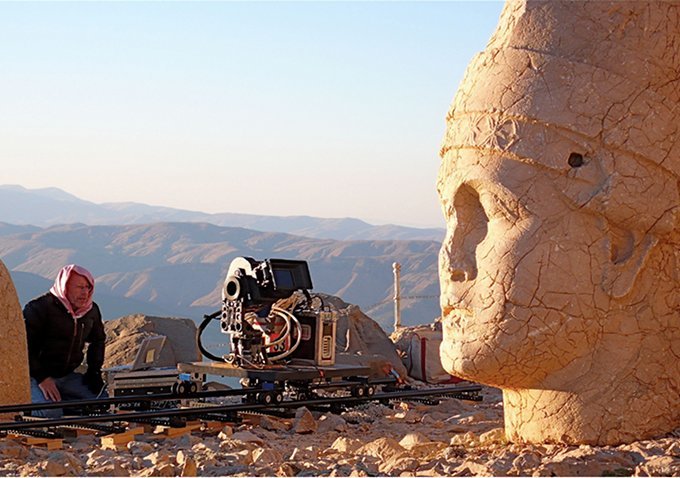 Chalk up another victory for the documentary. “Samsara,” the new film from director Ron Fricke, begins its national tour of sorts on Friday with a solid string of advance reviews. Even against heavy competition, this feast-for-the-eyes doc currently has a B+ average among Criticwire grading members, good enough to secure its place as the Pick of the Week.

In order to make “Samsara,” Fricke (who tackled similar material as the cinematographer for 1982’s “Koyaanisqatsi”) and his documentary crew capture images of various stages of the human life cycle, spanning the globe to gather stunning footage from a multitude of nations. Katie Walsh describes in her review for The Playlist that the compiled result is not just a visual achievement, but a spiritual one. “The film itself is a rare artifact, due to the technical ability and will the filmmakers had to have to capture these images. You can’t simply go out and recreate it,” she writes, adding, “they are visually dazzling, but that does not speak to the emotional power imbued within each frame.” Box Office Magazine’s David Ehrlich doesn’t have quite the same effusive praise for the film (taking issue with some of Fricke’s editing choices), but his description of the sumptuous visuals contains similar awe. “Fricke is the undisputed master of this stuff, and even if the film’s first portions aren’t cohesive enough to deepen what follows, the core passages of Samsara offer some of the most exhilarating video you will ever see,” he explains.

Capturing top honors among this week’s field of releases is no small feat for “Samsara,” considering that there are three other films opening with a B+ average. One of them, “Sleepwalk with Me,” continues the recent streak of films from our mid-year Best Indies of 2012 list making their way for general public consumption. Perhaps the best-reviewed English language film out of Sundance in January, comedian Mike Birbiglia’s semi-autobiographical tale of somnambulation earned a higher average than the much-ballyhooed “Beasts of the Southern Wild.” Don R. Lewis at Film Threat explains that the film transcends the typical childish adult narrative on the strength of Birbiglia’s contributions, saying “like any great comedian, Birbiglia adds brutal, sad truth to his script and performance. I love the honesty, laughs and the inside look at a talented, yet insecure, guy’s life and the road he chooses to take as he aspires for more.” At the Playlist, William Goss echoes those sentiments, telling how, “at the risk of shortchanging the entire, perfectly fine supporting cast, the whole endeavor rests (and well) on Birbiglia’s perpetually shrugging shoulders without reeking of other self-consuming vanity projects.”

Unintentionally combining the world adventures and love-related struggles of the previous two films, Mads Matthiesen’s “Teddy Bear” is another solid entry on this week’s slate. Telling the story of Dennis (Kim Kold), a gigantic bodybuilder who travels to Thailand seeking emotional companionship, this film is also drawing favorable reviews based on the achievements of the lead actor. Time Out New York’s David Fear salutes “Teddy Bear” for going beyond a mere juxtaposition of the appearances of Dennis’ body and soul. “That it goes far beyond such easy routes can almost single-handedly be attributed to Kold,” Fear writes, “as his character deflates with aching loneliness, radiates hope when a potential romantic interest appears or displays shame at a late-act loss of nerve, you actually forget you’re watching someone acting.” Eric Kohn writes in his Indiewire review that Kold’s performance is the undisputed centerpiece, but also that the film’s hiccups come when Dennis comes to the end of his search. “The scenes where Dennis finally manages to find his groove are respectably bittersweet, but they also hold back the material: When it settles into the story of a budding relationship, ‘Teddy Bear’ strains from predictability and gets locked into a formulaic holding pattern,” Kohn explains.

The possible disappointment among this week’s new films is Guillaume Canet’s “Little White Lies,” the director’s follow-up to the ridiculously entertaining “Tell No One.” This time, Canet is trading in mysterious reappearances for vacation-based drama in his look at friends who take a retreat and come to terms with their lives’ decisions. When it played at the London Film Festival nearly two years ago, Guy Lodge wrote for In Contention that the film “remains a classy if oversized divertissement that should tidily pack out the arthouses: rather like the vacation being portrayed, there’s much fun to be had for those who don’t ask too many questions.” The Atlantic’s Jon Frosch is less forgiving, though, asserting that the audience is “served more than two hours and thirty minutes of bland images and platitude-heavy breakthroughs, and yet we still have no idea why these people are friends. If Canet had kept things light and frothy (and shorter), this might have been a guilty pleasure. But there’s little wit or charm to temper all the blatant manipulation of our emotions.”

Criticwire: Films Opening This Week
NOTE: The averages listed here are current as of the publishing of this article and are subject to change as new grades come in.

For more information about this week’s releases and those scheduled for the weeks to come, be sure to check out the Coming Soon section.

This Article is related to: Reviews and tagged Criticwire Picks, Hit And Run, Little White Lies, Premium Rush, Samsara, Sleepwalk With Me, Somewhere Between, Teddy Bear