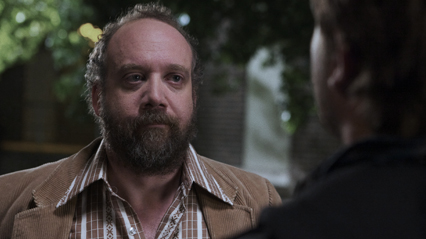 Magnet Releasing has acquired worldwide rights to Don Coscarelli’s sci-fi-horror film “John Dies at the End,” which is next scheduled to screen as the closing-night film of the Midnight Madness sidebar at the Toronto International Film Festival. The specialty distributor — the genre arm of Magnolia Pictures — plans an Ultra VOD release for the film in late December followed by a theatrical release in early 2013.

Paul Giamatti, Chase Williamson, Rob Mayes, Clancy Brown, Glynn Turman and Doug Jones star in the bizarre story of a street drug called Soy Sauce that turns its time-traveling users into something other than human and the two useless college dropouts trying to stop the horror. The film, which is based on the book by David Wong, had its world premiere at the Sundance Film Festival in January as part of the Park City at Midnight program, but the current cut of the movie is different from the initial version.

“We are longtime fans of the great Don Coscarelli and fell in love with this film when it debuted at Sundance,” said Magnolia/Magnet president Eamonn Bowles. “It’s a real head trip — imaginative, wildly funny, and incredibly demented, with all the makings of an underground classic that fans will come back to again and again.”

Magnet/Magnolia director of acquisitions Peter Van Steemburg negotiated the deal with the filmmakers.

This Article is related to: News and tagged Acquisitions, John Dies At The End, Magnet Releasing