MTV Readies a Reality Series Based on 'Catfish' for November 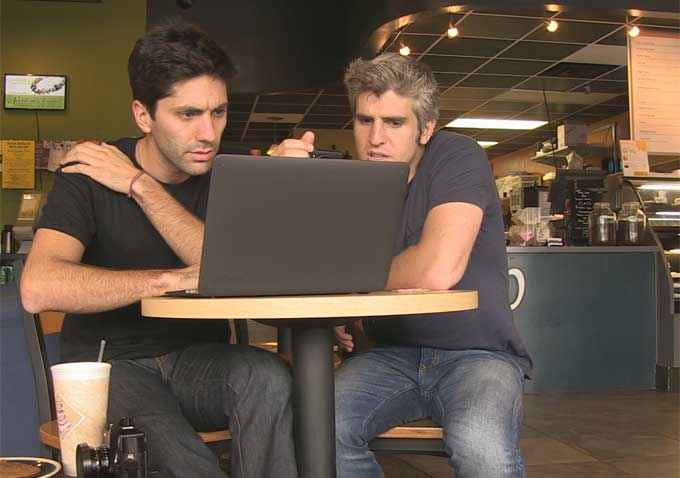 Henry Joost and Ariel Schulman’s “Catfish” became the talk of Sundance and a topic of debate when it premiered at the festival in 2010, a documentary about Schulman’s brother Nev and his relationship with a family in Michigan, including an eight-year-old child painting prodigy named Abby and her older half-sister Megan, with whom Nev starts a romantic relationship.

Megan and Abby and most parts of the world from which they come turn out to be partially or wholly fabricated, which Nev and the filmmakers start to realize when songs Megan supposedly sang and recorded turn out to have been lifted from live performances on YouTube — prompting the team to head out to Michigan to track down the woman who’s actually behind these elaborate lies.

And now MTV is readying a reality series based on and named for “Catfish,” set to premiere Monday, November 12th. The 12-part show will follow Nev and another filmmaker, Max Joseph, as they travel around meeting up with people who’ve fallen in love, sight-unseen, with someone on the internet, and shooting their first real-life encounters.

In the casting video for the series, below, it’s clear that the show’s going to focus on people who, like Angela, the woman in the film “Catfish,” created fake profiles on which to base their relationships. If you’ve done this, Nev says, “it doesn’t make you a bad person — it makes you interesting.” Which makes the show sound as potentially queasy (and, yes, interesting) as the film, which ended up unintentionally surrendering all of its sympathy to the source of its deceits when she faces up to the guys with admirable dignity.

At TCA on Friday, Joseph explained that the show would look into the motivations for using a fake profile or created identity online: “We’ve seen everything from just long-distance lovers to revenge. The motivations for the person to maybe deceive the other person could have to do with something like revenge, or could have to do with poor self-image or insecurity. So it really runs the gamut.”

How straightforward “Catfish” the film was in terms of its own truthtelling became a discussion after the film premiere, with some debating the timeline and the logic of when the filmmakers supposedly started documenting the events they captures.