Out This Week: 6 Capsule Reviews of New Indie Releases 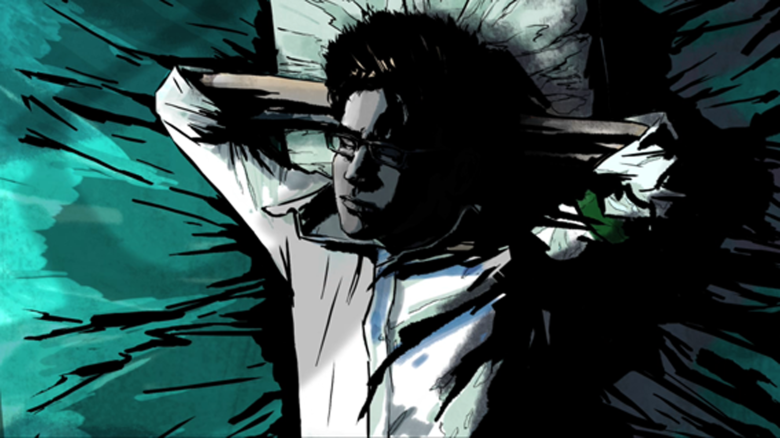 This weekly column is intended to provide reviews of nearly every new indie release, including films on VOD. Specific release dates and locations follow each review.

Julie Delpy’s genial 2007 directorial effort “2 Days in Paris” worked well enough; it delivered a small, uncomplicated romantic comedy and never left that safety zone. Her next film, “2 Days in New York,” repeats the same formula so specifically that it’s practically the same movie imported to a new setting. Shifting her love interest from Adam Goldberg to Chris Rock and moving the action to Manhattan, “2 Days in New York” unfolds like a carefree metropolitan remix of the first installment. Since Delpy brings the same cheery vibes and her cast plays along, the familiarity is mostly welcome.

Delpy toys with her characters’ sophistication in an obvious imitation of Woody Allen discourse. While Deply includes high-minded dialogue about psychoanalyst Francoise Dolto and Arthur Rimbaud, the screenplay regularly wastes screen time with inferior jokes about diaper changing and an electric toothbrush possibly used as a dildo. The last thing a movie this low key needs is a reason to dumb itself down. Even when it stumbles, however, “2 Days in New York” retains an airy vibe, reflecting its dogged intention to charm its viewers. But seeing as “2 Days in Paris” never felt especially irksome, this affable sequel deserves the same insouciant shrug. Criticwire grade: B [Eric Kohn]

A beautifully filmed, observational documentary, “Drought” vividly chronicles the life and exodus of the people in Cuates de Australia, a region in northeast Mexico. The integrity of these ranchers comes across as they suffer and struggle to hang on to their land and animals. “God has a reason for not sending water,” one woman believes, yet the residents are always hopeful for a few drops of rain. The water they do have, one man explains, is strained through a cloth and drunk-colored. Director Everardo González obviously gained the trust and respect of his subjects, who were born, raised and remained in Cuates de Australia. In a moment of poignancy, a young cowboy defers his dreams of becoming a vet because his father needs him on the farm. These salt-of-the-earth people leave only when water is scarce and lives—both human and animal—are endangered. González shows what remains in a series of powerful shots and sequences. “Drought” gets a little tedious at times, but it still presents an authentic portrait of these determined, dignified people. Criticwire grade: B- [Gary M. Kramer]

Ali Samadi Ahadi’s documentary “The Green Wave” – about the popular revolt (the “Green Revolution”) before and the bloodshed after Iran’s 2009 federal elections – is a compelling, elegiac portrait of a failed struggle to reclaim personal liberty and political sanity. The director incorporates blog entries, Twitter messages and Facebook accounts that made the revolution a turning point in technological subversion, alongside succinct, powerful interviews with renowned Iranian media, legal and even clerical personalities. He also uses animation to recount two students’ “stories” of that period. Although sophomorically didactic in the beginning, the animated segments ultimately anchor the film’s unexpected poetic sensibility.

Also powerful are the video images of the hopeful frenzy before the election and the horrors that came later, when hundreds of men and women were beaten, tortured and sexually abused, and dozens were killed, for daring to contest Mahmoud Ahmadinejad’s victory. Interviewees, including Nobel Peace Prize winner Sherin Ebadi and former UN prosecutor Professor Paya Akhavan, quietly but firmly remind us that while Europe pays lip service to human rights issues, and the U.S. focuses primarily on Iran’s nuclear threat, the Iranian people’s desperate fight to “retrieve a lost humanity” under a violent, pseudo-religious dictatorship continues with little help from the outside world. Criticwire grade: A- [Natasha Senjanovic]

The endearing documentary “Meet the Fokkens” introduces audiences to septuagenarian twins who reveal their “red life” in Amsterdam’s Red Light district. Martine and Louise Fokken are cheery and kinky prostitutes; Martine is seen still plying her trade, delivering spankings and flogging penises to paying gentleman in between scenes of and anecdotes from her life. This poignant, heartfelt film captures Martine’s candid attitude towards her work. She recounts stories of her abusive husband, who literally “beat her into the red light district,” and tries to reconcile her relationship with her daughter. But it is the twins’ bond that gets the best exposure—a fabulous scene has the sisters shopping for sex toys. This spirited documentary treats its subjects casually and clinically, providing both stimulating episodes of sex and fascinating sociological/feminist insights. “Meet the Fokkens” is the odd prostitute film that actually piques viewers’ desires to sample the subjects’ personal services. They seem to support that adage about an aging prostitute: If she’s still in the business, hire her — she must be very good at what she does. Criticwire grade: B+ [Gary M. Kramer]

Now playing at the Film Forum in New York through August 21.

The first sign of trouble in “Red Hook Summer” is a reminder of a much better Spike Lee joint set in the same neighborhood more than 20 years ago. While sheltered Atlanta teen Flik (Jules Taylor Brown) gets a tour of the Red Hook projects from his stern grandfather (Clark Peters), none other than Lee himself slinks by as Mookie, the disgruntled pizza delivery man from 1989’s “Do the Right Thing.” Lee’s latest project suffers terribly by comparison.

Lee made “Red Hook Summer” out of his own pocket the way he wanted it. That lack of a filter helps make the noticeably low-budget effort into an earnest, occasionally powerful work, but also one routinely afflicted by sloppiness. Lee’s unwillingness to compromise hurts the movie as much as it helps it, providing a continuous reminder of the better efforts that came before. Littered with bursts of confusion and anger, “Red Hook Summer” continually falls prey to histrionics that turn it into something Lee most certainly did not want — a cheap imitation of Tyler Perry theatrics, where one-dimensional characterizations and slovenly dramatic turns take the place of emotional credibility.

There’s an argument one could make for Lee’s scattershot approach. What it lacks in consistency it keeps in check with furious pathos about the struggle to overcome lower-class roots. Lee’s ode to life in the projects contains a handmade, DIY spirit that keeps the movie honest and heartfelt despite many cracks in its design. This is the project that Lee wanted to make, and it looks like it. As a result, it’s certainly his most sincere foray into the fictional arena in years and, outside of his documentaries, radiates a greater personal dimension than anything he has made in more than a decade. It’s painful to watch “Red Hook Summer” stumble, because the man behind it has tried so hard to get his groove back. However, it’s energizing in the fleeting moments when he does just that. Criticwire grade: C [Eric Kohn]

Originally reviewed on January 23, 2012. Opens in New York on Friday and expands to several cities August 24. Distributed by Variance FIlms.

The three indigenous women profiled in Nicole Karsin’s documentary deal with pressing problems by taking the long view. Colombia’s 102 tribes have worked to maintain their native cultures for five centuries, and that determination is ingrained in Flor Ilva Trochez, Doris Puchana and Ludis Rodriguez, who organize and rally their communities to confront ongoing violence. Karsin concisely recounts the recent history (political infighting, the war on drugs) that has turned Colombian villages into battle zones between government armed forces and FARC guerrillas. She’s less clear on the role of lethal paramilitary groups, but Karsin’s main focus is on the indigenous communities caught in the middle. By following Flor Ilva, Doris and Ludis, “We Women Warriors” explores nonviolent organizations such as the Indigenous Guard, frustrated and desperate coca growers and insidious secret lists that result in imprisonment and assassination. But it’s the intimate moments that have the most impact. From a candlelit baptism and a child gleefully bouncing on her bed to a hillside interview interrupted by armed soldiers, Karsin’s film deftly makes her point: these mothers, activists and leaders are always mindful of men with guns. Criticwire grade: B [Serena Donadoni]

Opens Friday at the IFC Center in New York for a one-week engagement and will open August 24 in Los Angeles at the Laemmle NoHo 7 (as part of DocuWeeks 2012). Released by Todos Los Pueblos Productions.