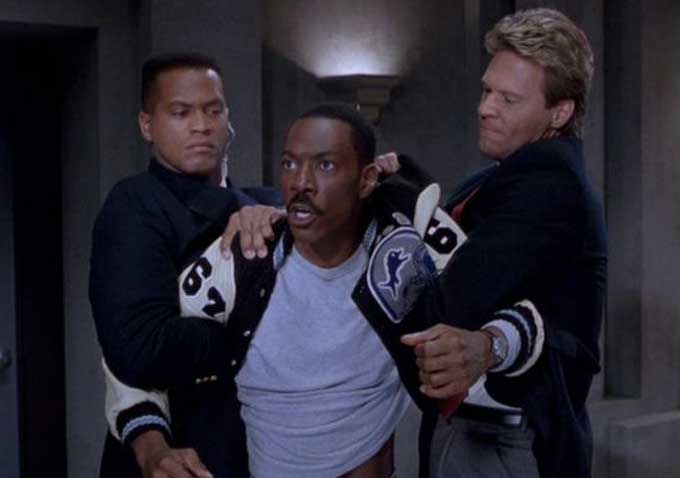 Update: Variety reports that while the big four networks all made offers on the series, CBS ultimately landed the TV adaptation of “Beverly Hills Cop” and has ordered a pilot in which Eddie Murphy is slated to appear.

Yes, Axel Foley may soon be returning to a (small) screen near you — according to Vulture, Eddie Murphy has teamed with Shawn Ryan, creator of “The Shield” and the upcoming “Last Resort” and the showrunner/executive producer of the much-lamented “Terriers,” to adapt a television version of “Beverly Hills Cop” that they’re currently shopping around to broadcast networks. “In addition to his main role as an exec producer,” adds Vulture’s Josef Adalian, “Murphy has agreed to an on-camera role in the show.”

Murphy told Rolling Stone last year that he wanted to make a TV continuation of his his franchise, in which he’d make occasional appearances as Axel, now Detroit’s chief of police, though the focus would be on his son. Per Vulture’s sources, the series will be “a buddy cop show” that’s “an hour-long crime procedural with strong comedic elements,” and, as Murphy promised, he’ll appear in the pilot and sporadic episodes throughout the season.

Deadline has a few more details, including the fact that Foley’s son “moves to Beverly Hills to escape the shadow of his legendary dad” and that the show has pitched to ABC and Fox yesterday and will be presented to NBC and CBS today, will all four expected to take an interest in the series.

The original “Beverly Hill Cop” hit theaters in 1984, and spawned two sequels, the first in 1987 and the second in 1994. A fourth installment, with Brett Ratner attached to direct, never made it past the planning stages. Murphy starred in Ratner’s 2011 “Tower Heist.”

We’re counting on a Skrillex dubstep “Axel F” remix for an opening theme if a “Beverly Hills Cop” series does come into being.