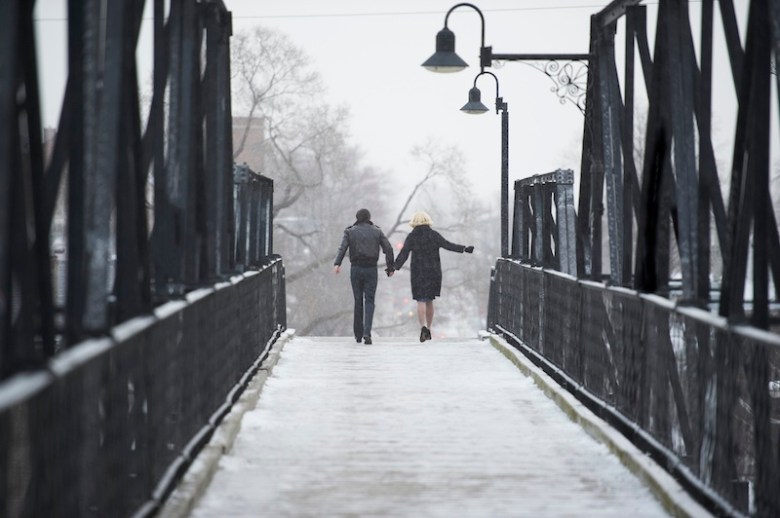 Actor-turned-director Sarah Polley told quite a story this week. At the National Film Board of Canada’s website, Polley penned a post about the origins of her first documentary, “Stories We Tell,” which just premiered at the Venice Film Festival, and her reasons for refusing to do any publicity interviews in support of it. Be warned, if you don’t want the major surprise of the film spoiled, you may not want to read this next paragraph:

“In 2007 I was on set in Montreal, shooting a scene for the film ‘Mr. Nobody.’ I received a phone call from a friend warning me that a journalist had found out a piece of information about my life that I had kept a secret for a year. I got in touch with the journalist and begged him not to print the story. It was a story that I had kept  secret from many people in my life including my father. It took some time and many tears to convince the journalist not to print the story within the week, but I left that conversation convinced that it was not a secret I could keep for long, and that if I wanted the people in my life and outside my life to know the story in my own words, I would have to take action. I flew to Toronto that night to tell my father the news. He was not my biological father. This had been confirmed by a DNA test with a man I had met a year earlier. I had met my biological father almost by accident, though I had long suspected based on family jokes and rumors that my mother may have had an affair that led to my conception.”

That stunning revelation became the focus of Polley’s new film about her family’s past and her parents’ complicated relationship. “Various family members and friends are also on hand to chip in with their talking-head reminiscences and perspectives,” wrote The Hollywood Reporter‘s Neil Young, “in a picture which unpretentiously deconstructs its own assemblage by means of frequent cutaways to Sarah ‘directing’ her dad’s vocal performance.” Young admired “Stories We Tell” for the way its “playfully complex and gently slippery analysis of memory and personal narrative manages to engage us in what’s essentially the private business, some might even say the dirty laundry, of total strangers.”

The Guardian‘s Peter Bradshaw was even more enthusiastic about “Stories We Tell,” calling it “a joy” that far exceeds Polley’s last film, “Take This Waltz.” “Using Super-8 home-movie footage, faux Super-8 reconstructions, interviews with siblings and, crucially, a memoir written by [her father] Michael,” Bradshaw said, “Polley has created a portrait of a marriage that is full of enormous richness, tenderness and emotional complexity.” He was also impressed with the way the “Away From Her” filmmaker “tackles painful issues with candor and tact” in making “a film that raises questions about the ownership of memory and ownership of narrative.”

That sentiment was echoed by Screen International‘s Mark Adams who concurred that while “Stories We Tell” “is about family, at the core of its story is the question of ownership of memory. This may on the surface seem less than gripping, but as the story develops it is clear why it is so important. Polley’s mother Diane appears to have been a dynamic and vivacious woman who fell in love with Michael Polley when they were acting together, but when he gave up acting — so the family argument goes — he became a more mild and quiet character than the person she had first married.” Anyone who’s seen Polley’s previous two films as a director will be particularly fascinated to hear these sorts of descriptions of “Stories We Tell” — since they reveal all sorts of heretofore undiscovered authorial subtext in her previous fictional work about the way individual identities are shaped and reshaped by marriage.

Whatever Polley’s past truths, whoever owns her family’s memories, it’s pretty clear that in the present her film is widely admired. There are few if any negative reviews out of Venice so far. At Cine-Vue, Jo-Ann Titmarsh calls it “a finely-crafted and incredibly moving work” while at The Playlist, Oliver Lyttelton proclaims it Polley’s “most consistent, and best, work as a director to date.” It sounds like Polley has made a film worthy of the lives it documents. Just don’t ask her to talk about it.

Read more of “Stories We Tell: A Post by Sarah Polley.”