Alfonso Cuarón Venturing Into TV, Teaming With J.J. Abrams on an NBC Pilot 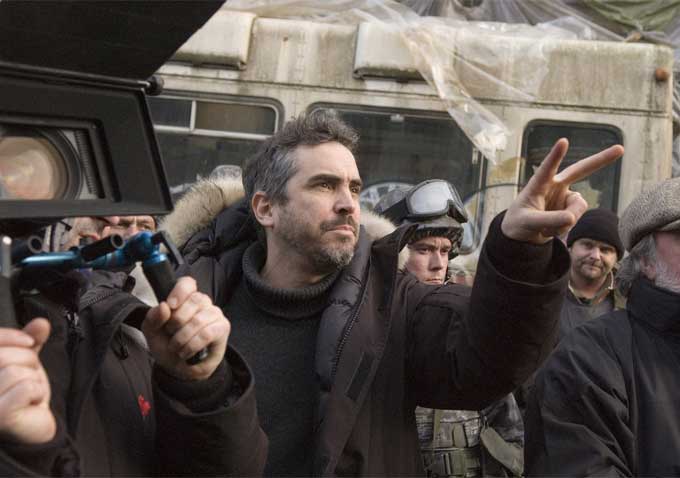 Like his Cha Cha Cha Films colleague Guillermo del Toro, “Children of Men” director Alfonso Cuarón is making a move to TV. And who better to do that with than the omnipresent J.J. Abrams? According to Deadline, Cuarón and Abrams just landed a pilot deal at NBC for an untitled drama about a girl who will come into great powers in seven years, and the former convict assigned to protect her from those who would hunt her down — a basic set-up not unlike the central relationship in his 2006 dystopian drama, though in that case the gift possessed by the girl Clive Owen had to protect was the once ordinary one of fertility.

Cuarón will direct the pilot, which he’s co-write with Mark Friedman (of ABC series “The Forgotten” and film “Home Of the Brave”). The pilot will be produced by Bad Robot and Warner Bros. TV — Abrams, Cuarón, Friedman and Bryan Burk will executive produce.

Though better known for his work directing big screen features like “Y Tu Mamá También,” “Harry Potter and the Prisoner of Azkaban” and the upcoming Sandra Bullock/George Clooney spaceship drama “Gravity,” Cuarón got his start directing Mexican television. In 1993 he also helmed “Murder, Obliquely,” an episode of Showtime’s neo-noir anthology series “Fallen Angels” that starred Laura Dern as a woman hopelessly in love with a millionaire (Alan Rickman) obsessed with someone else (Diane Lane).

Abrams’ Bad Robot currently has three shows on air — “Fringe,” which kicks off its final season this week, the new “Revolution” and the returning “Person of Interest.”