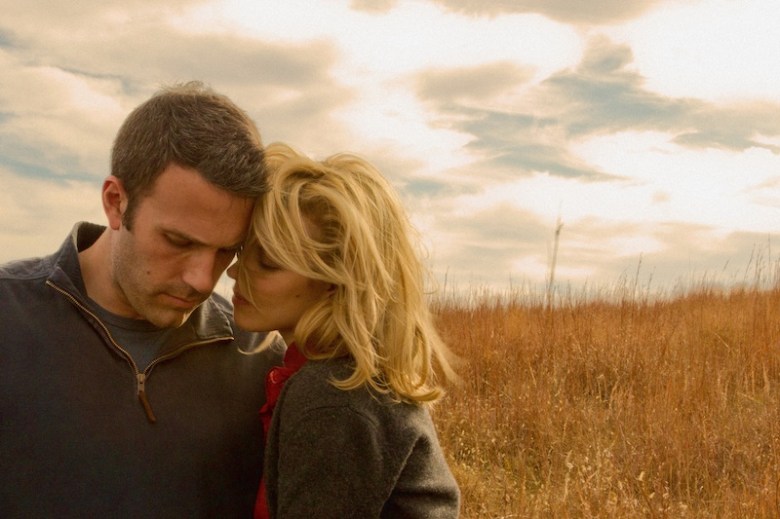 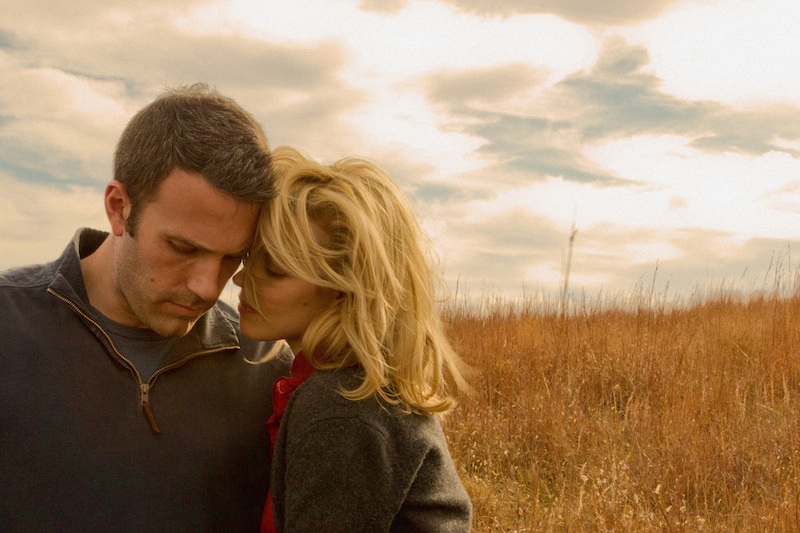 Most Americans had the weekend off in celebration of Labor Day, but in a blatant loogie to the face of American exceptionalism, the rest of the film world kept right on working, with two end-of-summer festivals in full swing: Telluride and Venice. One of the biggest premieres at the latter was Terrence Malick’s “To the Wonder,” his first film since “Badlands” that couldn’t be described as “long-awaited.” Every other Malick joint has trailed the previous one by at least five years, and sometimes as long as two decades. “To the Wonder,” on the other hand, premiered in Venice just fifteen months after “The Tree of Life”‘s Palme d’Or-winning bow at Cannes. It’s like Malick turned into Woody Allen, if Woody Allen was really into shots of thistles swaying in the wind.

Apparently absence really does make the heart grow fonder; numerous reports out of Venice indicate that “To the Wonder”‘s reception wasn’t nearly as glowing as Malick’s luminous imagery. Here, from Guy Lodge’s review of the film at In Contention:

“Stop the presses: There’s been booing at a screening of the new Terrence Malick film. Whether they came from the same small-but-loud faction of supposed journalists who vocally expressed their displeasure at ‘The Tree of Life’ in Cannes last year, or a fresh batch of doubters, such jeers are unusual for films that feature no purported moral transgressions, nor any sheer ineptitude of craft… Rather, Malick is one of the few senior A-list filmmakers who can get razzed in this fashion for being too sincere, too lyrical, too himself.”

As Lodge also notes, booing at film festivals often has more to do with political or personal agendas than the relative quality of the movie at hand. With time at a premium, many critics walk out of festival films they dislike, which tends to mute the vocal negativity for anything truly awful. Festival boos come from a different place, one of boundary breaking and button pushing; the reaction I witnessed to the very first screening of Lars von Trier’s “Antichrist” at Cannes, where a round of boos followed a scattering of enthusiastic applause, is a good example.

Still, even if the Venetian crowd was predisposed to dislike the director, even if the same thing happened to “The Tree of Life” at Cannes, it’s certainly not a good sign when a Terrence Malick movie receives the sort of reception typically reserved for more controversial fare, and accordingly, “To the Wonder”‘s reviews were decidedly mixed. In The Hollywood Reporter, Todd McCarthy called the film “an impressionistic mish-mash” that “mostly comes off, especially in the laborious second hour, as visual doodling without focused thematic goals.” At Thompson on Hollywood, Matt Mueller said “To the Wonder” “played like a slighter (and more repetitive) version of ‘The Tree Of Life.'”

Don’t go recording your own melancholy voiceover just yet: plenty of other critics enjoyed the film, including Lodge and The Guardian‘s Peter Bradshaw, who declared “To the Wonder” a “bold and beautiful companion piece to ‘The Tree of Life.'” The next stop on Malick’s world tour is the Toronto Film Festival, where we’ll be following the critical reaction very closely. If we’re not taking the day off for another holiday.

Read more of “Review: ‘To the Wonder’ is Terrence Malick’s Typically Enchanted Tree of Love.”