'Big Easy Express' Doing Theatrical On Demand and Theatrical Distribution Through Gathr, Who Else Is Taking the TOD Plunge? 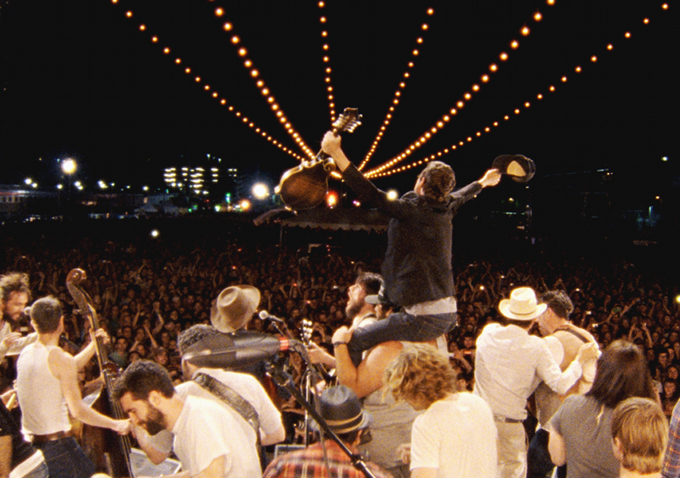 After becoming the first film to do a worldwide release on iTunes, Emmett Malloy’s “Big Easy Express,” which won the Headliner Audience Award at this year’s SXSW Film Festival, will head to theaters soon, thanks to a deal with theatrical and theatrical on demand distributor Gathr.

The film features Edward Sharpe & The Magnetic Zeroes, Old Crow Medicine Show, and Mumford & Sons, all three of whom just released new albums.  According to the press release accompanying the announcement, Gathr will allow the film to play “wherever there’s an audience for it.”

As of last Friday, on-demand screenings of “Big Easy Express” were able to be proposed.

Gathr is working with theaters interested in booking the film for one-off or weeklong engagements (a theater in Nevada City has booked the film for a week) as well as on-demand screenings.  These screenings can be planned by anyone.  Gathr will work with theaters in the area of the interested party to find a place that can accommodate the film.  The screening will be listed online and if the film can sell enough pre-sale tickets to make it profitable (according to Gathr CEO Scott Glosserman, anywhere from $4 to 800, depending on the capacity and the theater) for everyone involved, the screening will be confirmed.

Similar in design to its theatrical-on-demand competitor Tugg, Gathr distinguishes itself by also serving as a full-service distributor if necessary.  Gathr has worked recently with the films “Marley,” “Something for Nothing: The Art of Rap,” and “The Comedy” to provide theatrical-on-demand screenings.

Glosserman told Indiewire that right now the company is having great success with music documentaries, documentaries with a social cause bent and films from or about ethnic diasporas.  “Those communities are our big early adopters.  They have motivated, dedicated audiences.”

As for where you can expect Gathr screenings to pop up, Glosserman said, “We work with mom and pop, mission- and community-driven theaters, the top chains in the country, and all circuits in between.  We have coverage in virtually every state in the country.  Where we do not have a relationship and there is a demand, we will go out and procure a relationship.”

Gathr will be launching new features in the near future that will allow for sponsors of screenings to create deals like buy one get one free tickets and the ability to encourage ticket buyers to donate to a charity related to the film.

This Article is related to: News and tagged Big Easy Express, distribution