Fast and Furious 'Universal Soldier: Day of Reckoning' Is One of the Best Action Movies of the Year 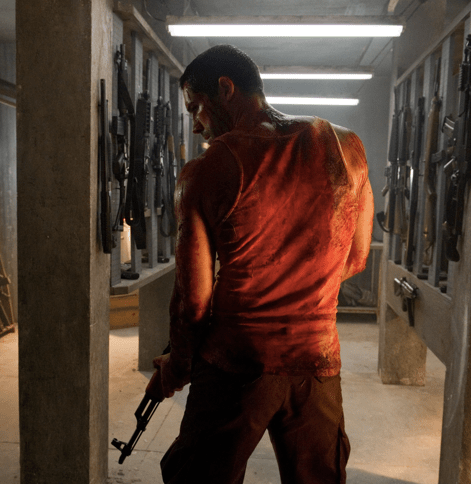 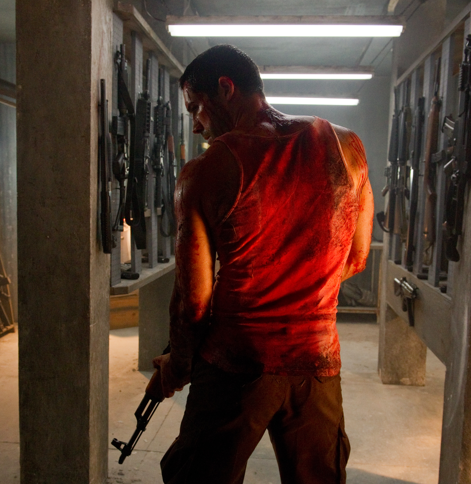 With few exceptions, franchises aren’t known for increasing their quality as they move along. The “Universal Soldier” series, which began with Roland Emmerich’s 1992 blockbuster that starred Jean-Claude Van Damme and Dolph Lundgren, stands out from the norm. Rather than riffing on the same appeal each time out, as the current spate of “Fast and Furious” sequels have done with continuing success, director John Hyams has dismantled a spate of direct-to-video “Universal Soldier” sequels as well as an ill-received theatrical follow-up by reinventing the entire attitude of the series. Upping his ambition after the decent reception for 2009’s “Universal Soldier: Regeneration,” with “Universal Soldier: Day of Reckoning,” Hyams delivers a remarkably satisfying action-thriller hybrid that constantly pushes ahead. It’s one of the best action movies of the year simply because it keeps hitting the right beats.

Continuing the filmmaker’s stated intention of pushing Emmerich’s comparatively tongue-in-cheek approach into darker, serious-minded dramatic turf, “Day of Reckoning” complicates the series’ original premise by shifting its perspective. Pushing beyond the initial concept of rejuvenated dead soldiers enlisted by a covert military organization, “Day of Reckoning” finds original “Universal Soldier” recruits Luc Deveraux (Van Damme) and Andrew Scott (Lundgren) leading a clandestine army of Unisols outside of government supervision. However, their exploits have been relegated to the background while the experiences of Unisol John (Scott Adkins) take center stage. Only tangentially aware of his connection to the organization, John initially witnesses the murder of his wife and child at Luc’s hands during a spectacularly shocking opening sequence shot from his point of view. The man slips into a coma and awakes months later in a daze; collecting his thoughts, he follows Luc’s trail while battling psychological compulsions due to an implant in his body pushing him to join the renegade Unisoldier army.

There’s not a much plot beyond those negligible details, which arrive through the stylized hallucinations afflicting John and the occasional dialogue exchanges that push proceedings along. (There was certainly enough backstory to permit this franchise newcomer to get the idea.) The general notion that John represents a Unisoldier gone rogue catapults “Day of Reckoning” into a delectable combination of moods. As John picks up the trail of his oppressors, he faces a wordless enemy (Andrei Arloyski) tasked by the Unisol overlords to take the renegade man down, which leads to a series of extreme face-offs in which the two superhumans duke it out in close quarters: hotel rooms, freeways, and a store littered with broken glass provide ample room for a series of wild scuffles.

In spite of these tense, brutal moments, “Day of Reckoning” also contains a quietly unsettling atmosphere that frames the conflict in noir terms. Still grieving his loss while facing a disorienting identity crisis, John inhabits a Kafkaesque landscape in which his subjective troubles erupt on the screen. Making the best use of 3D strobe effects outside the experimental realm of Ken Jacobs, Hyams depicts John’s visions of Luc attempting the lure the soldier back to their underground fight in vivid terms. While the medical strangeness of his condition leads to a surgical conundrum that pays homage to the body horror of David Cronenberg movies, “Day of Reckoning” is in league with Bob Clark’s “Deathdream” for using the way it uses genre to explore post-traumatic stress in allegorical terms. “We live among them like ghosts,” Lundrgren’s character says in a speech to Unisols while priming them for battle. Facing that palpable sense of displacement, John’s battleground can be easily positioned as the bloody fantasy of a disgruntled veteran exorcising his demons.

But the thematic implications come secondary to the sheer application of speed and vicious showdowns that keep “Day of Reckoning” speeding to its bloody climax. Aping the use of practical effects and close-up shots of hand-to-hand combat found in Paul Greengrass’ similarly charged “Bourne Identity” sequels, “Day of Reckoning” applies cartoonish violence like a caustic punchline to each violent encounter. Even then, the movie retains an air of desperation not often found in the genre. Closer to “No Country for Old Men” than the supercharged ’80s-era testosterone throwdowns preceding it, “Day of Reckoning” cuts deep.

That may sound like high praise for a movie with extreme potential for critique: The story is thin and in retrospect fairly silly; performances are robotic all around. Yet it retains a refreshing edge that overcomes these barriers. Hyams has constructed a refreshing spectacle that rushes by aiming to please, a mission it takes dead seriously.

HOW WILL IT PLAY? Magnolia is releasing both the uncut and edited versions on VOD in October ahead of its theatrical release. Bound for commercial glory in ancillary markets, the movie may also perform decently in limited release due to the appealing genre elements.