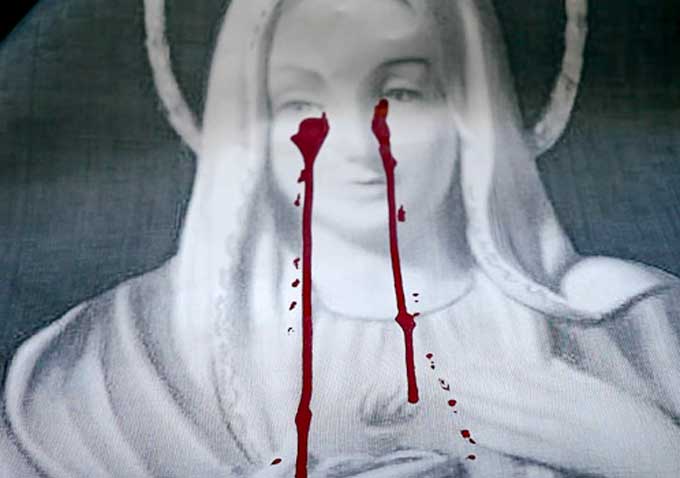 “Mea Maxima Culpa: Silence in the House of God,” the new film from Oscar-winning documentarian Alex Gibney, will receive a theatrical release from HBO in November following its world premiere at the Toronto International Film Festival this week.

The Hollywood Reporter announced the plan, which isn’t typical of all HBO docs, but is one that will ensure the doc’s Academy Award-eligibility as well as give it a broader platform before it makes its broadcast premiere on the premium cable channel.

“Mea Maxima Culpa: Silence in the House of God” looks at the issue of pedophilia in the Catholic Church, tracking the first known protest against clerical sexual abuse in the U.S. all the way through to the Vatican. From TIFF’s description, written by Thom Powers:

To frame this crime story, Gibney follows the five deaf men who led the first known public protest against clerical sex abuse in the United States. At St. John’s School for the Deaf in St. Francis, Wisconsin, Father Lawrence Murphy preyed upon more than 200 of his most vulnerable students beginning in the 1950s. His actions came to the attention of the Vatican in 1963 and he remained at the school until 1974, when he was transferred to another parish. He was never defrocked. In order to protect other children, the five deaf survivors of Murphy’s abuse were determined to make their voices heard. Finally, one of them launched a lawsuit against the pontiff himself, and the ensuing investigation uncovered documents linking the Vatican to a worldwide cover-up of abuse.

While “Mea Maxima Culpa: Silence in the House of God” won’t be reaching the air until next year, HBO has revealed its fall doc line-up, which includes the Rosie O’Donnell-produced “Don’t Divorce Me! Kids’ Rules for Parents on Divorce,” airing September 20th, Rory Kennedy’s “Ethel” on October 18th, Angus MacQueen’s “The Lady of Rangoon” in December and others. The network also recently announced that it would be premiering Brett Morgen’s new Rolling Stones doc “Crossfire Hurricane” on November 15th.

Check out the trailer for “Mea Maxima Culpa: Silence in the House of God” below: