In Its Bloody, Busy Mid-Season Finale, 'Breaking Bad' Gives Us a Promise of Its End Game 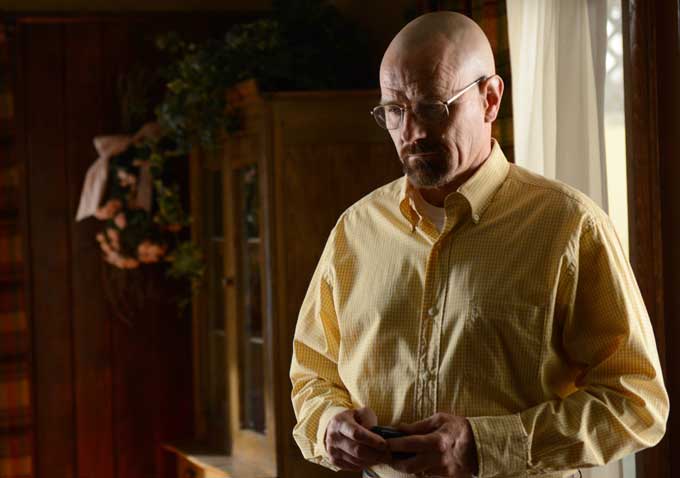 This article contains spoilers for episode eight of season five of “Breaking Bad.”

Knowing that this season, split into halves of eight episodes each (the back half will play out in the summer of 2013), is the last one for “Breaking Bad” has in many ways reversed the experience of watching it. We’re no longer waiting to see how Walter White (Bryan Cranston) gets out of his current entanglememt, we’re waiting to see how he doesn’t. We’re waiting to see how Walt dies — whether that be at the hands of a former partner, a business rival, law enforcement, returning cancer, or alone somewhere of natural causes. It’s not just that Walt doesn’t deserve a happy ending, it’s that it seem inconceivable that “Breaking Bad,” a show in which the unforeseen consequences of our actions inevitably come around to haunt us, would give him one.

And last night’s summer finale “Gliding Over All,” directed by series go-to Michelle MacLaren, suggested strongly in its last few minutes that Walt’s end-game would be between him and Hank Schrader (Dean Norris), the brother-in-law whose life he’s been slowly chiseling away at thanks to his recent career turn. It sets up a nice bit of long-in-coming symmetry in an episode that otherwise felt very compressed in all it needed to get done. 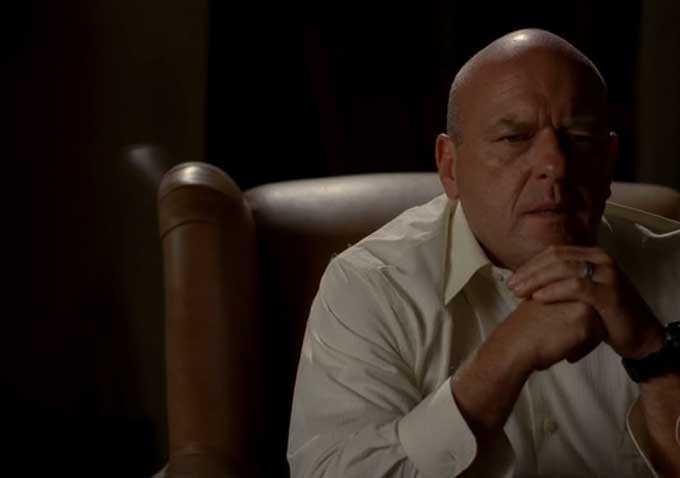 When the show started, Walt was the anti-hero coming into his own and Hank was the comic relief, a figure of blustering masculinity who condescended to our protagonist without seeing him for who he really is. Walt’s sure as hell not any kind of hero anymore, and while he’s become ever more ruthless and manipulative, Hank’s shown his innate goodness and his competence, almost dying in the series’ best action sequence, awkwardly standing by Walt through marital problems he can’t understand the half of, and working tirelessly against a monster whose kids have been living under his roof.

So it feels right that Walt, having theoretically gotten out of the game, should finally be brought down by Hank, who’s accumulated dozens of hints of something not-quite-at-rights with his brother-in-law over the past few seasons, and who finally has something concrete in the Walt Whitman book left out on the toilet with its inscription from Gale Boetticher (David Costabile), matching recalling the one in notebook from the late chemist Hank has in evidence. Does it seem plausible that Walt would keep the book? It’s an incredibly reckless action for someone who has in other ways been so careful — consider the way we watch him hide the ricin in the outlet, then plug the lamb back in and replace the table. But Walt’s downfall has always been his self-regard — “You and your pride and ego,” as Mike Ehrmantraut (Jonathan Banks) put it, may he rest in peace — and the idea of him holding onto a gift from his greatest admirer (presuming that’s who that book is from), even though he indirectly killed the guy, makes sense in a warped way. Walt has always needed so badly to be appreciated.

“Gliding Over All” (the title comes from a poem in “Leaves of Grass”) took care of two monumental bits of action in two carefully crafted montages. The first found Todd’s (Jesse Plemons) uncle and his Aryan Brotherhood friends taking care of Mike’s guys in prison in a coordinated two-minute window so that none of them could be taken away and kept in safe custody, a jazzy fit of shankings accompanied by Frank Sinatra singing “Pick Yourself Up” that ended in one unlucky man being burned alive.

The second, showier sequence was set to the so-on-the-nose-it’s-perfect “Crystal Blue Persuasion” by Tommy James and the Shondells, and kicked off with a match cut from Walt setting down the drink Hank poured for him to sitting back up in his yellow protective suit in a borrowed house, halfway through cooking up more of his signature meth. It encompassed a lot fo business, with Walt making batches with Todd, sinking them in barrel of chemicals to ship to the Czech Republic, receiving piles of cash from the high-strung Lydia Rodarte-Quayle (Laura Fraser) — who seems to have finally found a coffee shop that offers stevia — and setting up Vaminos Pest tents all over town, as revealed by a helicopter shot.

It was a clever segment, though problematic in some ways — it was a giant shortcut in a show that’s always firmly eschewed them, skipping over many questions about the new European sales model and who’s receiving and selling the meth oversees, about what Jesse’s (Aaron Paul) been up to and what he thinks happened to Mike. The first four seasons of “Breaking Bad” covered less than a year in Walt’s life, and then in the swoop of a 1969 pop song, three months pass by. But that sense of a ticking clock (that image that literally ended “Fifty-One” and of things accelerating also speaks to the show’s approaching of its finale and to the hard questions it puts to Walt in this episode. 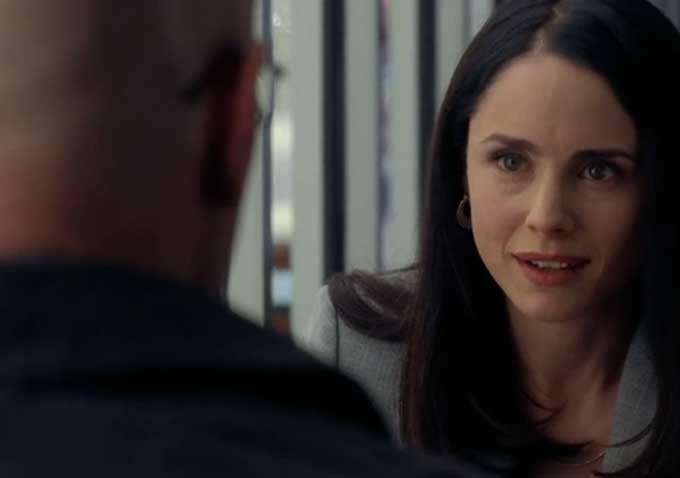 Walt’s driven away everyone in his life, he’s on top, has more money than his family could spend in, as Skyler puts it, “10 lifetimes,” and has what appears to be a very stable and increasingly lucrative business. But what is he living for now? His wife and former partner are terrified of him, his children are staying elsewhere, he’s got all the money in the world and nothing he cares to spend it on — it wasn’t the making of the meth that he loved, it was the risk, the high he got from the game. That montage does achieve something wise — it makes Walt’s once dangerous industry look routine.

So while the turn to exporting and the later presumably honest decision, in the face of that giant cube of money in the storage unit Skyler admits to just stacking and spraying for silverfish, to get out of the drug world seem to happen uncharacteristically easy for “Breaking Bad,” the emptying out of the thrill of things did ring true. The episode’s best moment was the sequence between Walt and Jesse when the former stops by to make things right with his ex-collaborator and to reminisce. 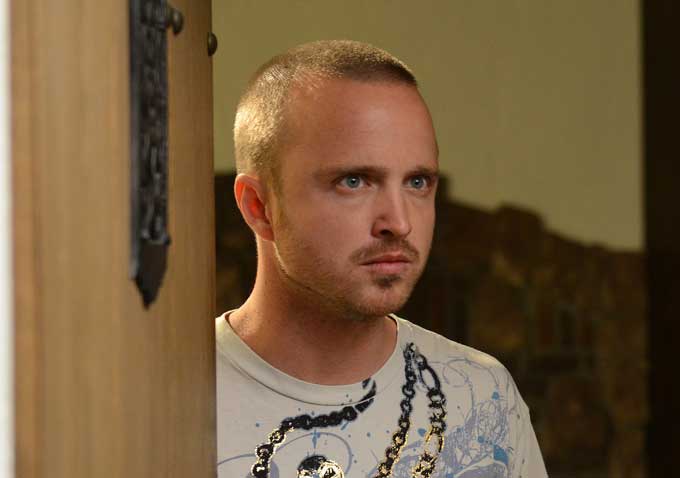 Of course, after utterly screwing Jesse over in terms of his share of the cash, after shutting the door on his face (with poor Mike’s body in a trunk on the other side), Walt would yearn to get nostalgic over their days in the rickety old RV. As with Skyler (Anna Gunn), Walt has always wanted camraderie with Jesse only when he doesn’t want total obedience, loyalty and respect, and seems bewildered when people can’t deal with his switches in mood. That scene, a rare moment of softness for Walt, was made brutal by how clear it became afterward that Jesse fully expected Walt to try to kill him.

The timeline’s picking up — but what will that mean for Walt, and for the sword that’s always hanging over his head, the cancer that he’s routinely scanned for in this episode? Any showdown with Hank is going to be Walt’s ultimate test, because Walt has always tried to protect his brother-in-law as much as possible, but he also hates to lose. It’s going to be a wild eight episodes — it’s a shame we have to wait until next year.