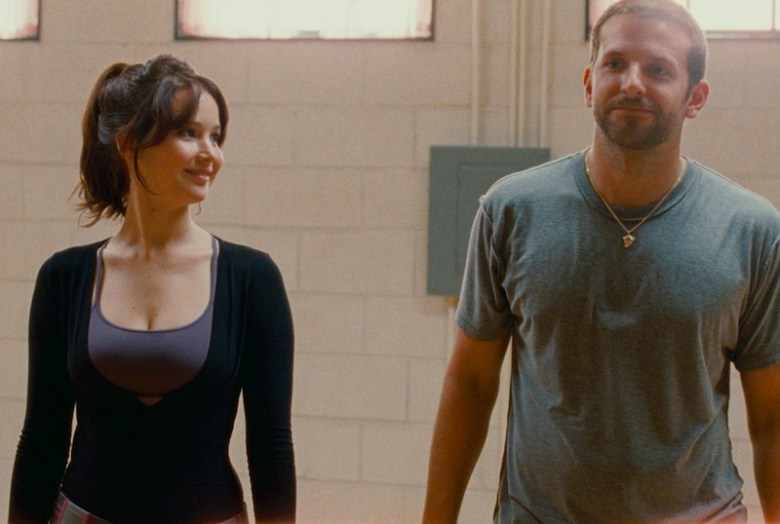 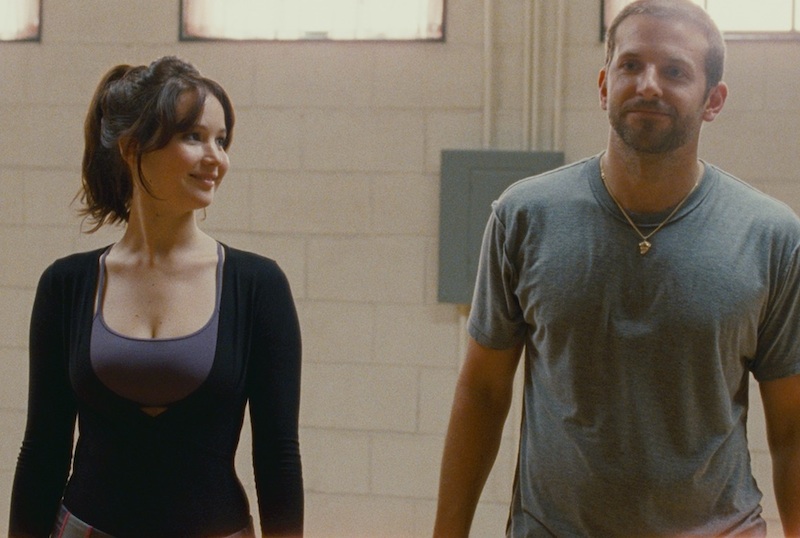 I saw a whole mess of crummy movie trailers in front of “The Campaign” a few weeks ago, but the worst was one for a dire looking film about Bradley Cooper as a guy fresh out of a mental institution who tries to set his life back on track with the help of a fellow wayward soul, played by Jennifer Lawrence. Somewhere along the way ballroom dancing gets involved. Chris Tucker shows up too. If it sounds cheesy when I write it, it looked worse when I watched it. And then the title came up — “Silver Linings Playbook” — and I realized that this odious trailer was actually advertising the new movie from David O. Russell, the beloved director of “Three Kings,” “I Heart Huckabees,” and “The Fighter.” This was his next movie? I was deeply concerned.

To my pleasant surprise, though, critics have responded well to “Silver Linings Playbook” at the Toronto Film Festival. If you saw our roundup of Toronto critics’ grades yesterday, you saw that the film currently shares the title of best reviewed film of the fest along with “Argo” and “Seven Psychopaths.” There were a few less enthusiastic notices — most which referred to and dismissed the praise the film got elsewhere, indicating a backlash has already begun — but overall the critical sentiment suggests Russell has crafted a fine, funny follow-up to “The Fighter.”

“While David O. Russell’s foray into conventional drama with ‘The Fighter’ was a richly satisfying knockout,” says The Hollywood Reporter‘s David Rooney, “it’s a joy to see him back in the off-kilter comedy realm with the wonderful ‘Silver Linings Playbook.’ Cheerfully yet poignantly exposing the struggles, anxieties, disorders and obsessions of ordinary people, this is a film as odd as it is charming.” Rooney likes Cooper and Lawrence in the movie, but he had even nicer things to say about Robert De Niro, who plays Cooper’s father and, according to Rooney, “hasn’t been this alive and emotionally engaged onscreen in years.” Exciting if true, if sort of damning with faint praise — although Bobby D was pretty awesome in “Killer Elite” playing a guy who was basically dead inside and only felt emotionally engaged by money.

In Variety, Justin Chang agrees (with the De Niro is great part; I’m not sure of his stance on “Killer Elite”). “It’s hard to remember the last time De Niro was this effortlessly endearing and relaxed onscreen,” Chang says, along the way to praising the rest of the cast and Russell’s screenplay, which is based on a novel by Matthew Quick. “In a script that never lapses into mundane or uninteresting language,” Chang writes, “the scenes between Pat [Cooper] and Tiffany [Lawrence] are sculpted with an almost David Mamet-like sharpness, amplified onscreen by the intimacy and focus of Russell’s direction and the superbly harmonized lead performances.”

Henry Barnes from The Guardian has a similar, if slightly more mixed take. “It starts with the stuff of real belly laughs,” he notes, admiring the way Russell reflects Cooper’s mental illness in the visual aesthetic of the film, “all zooms and fast cuts, nervous tweaks and wobbles.” And Barnes also has nothing but praise for Cooper and Lawrence. But he argues that once the leads “are done being blunt with each other, the film starts to slump,” and he’s less enthused by the side characters, including De Niro and Tucker — playing a friend from Cooper’s mental hospital stay — who “soak up the screen time.”

Lou Lumenick from The New York Post thinks the movie has larger problems than screen-time-hogging supporting actors. He’s unimpressed by Cooper — “I see a performer who never lets you forget for a millisecond that he’s acting,” he writes — and while he likes Lawrence’s work, he still believes ‘Silver Linings Playbook’ is “100 pounds of schmaltz in a 50 pound sack.” He rates the movie as “problematic” — but then again, he says that puts it on par with Russell’s “I Heart Huckabees.” If that movie is problematic, then maybe problematic is a compliment.

The most heartening review of “Silver Linings Playbook” comes from Hollywood Elsewhere‘s Jeffrey Wells, who shares my skepticism about the movie’s trailer, which he calls “schizzy and grating,” but loves the finished product anyway. Wells goes so far as to call it “one of the fastest, smartest and most satisfying love stories… It’s not a stretch to say that it delivers on the level of ‘Moonstruck,’ ‘When Harry Met Sally,’ and ‘The Apartment.'” He predicts Oscar nominations for Best Director, Screenplay, Actress, and Picture (saying the last one is “a lock”).

I’m not very good at Oscar prognostication, so I won’t speculate about any of that; I’m just relieved to know that that wonky trailer might not tell the whole story about this movie. With cautious optimism restored, I look forward to “Silver Linings Playbook,” which opens in theaters on November 21st.