The NFL is Crowdsourcing a Documentary. Will It Be a Touchdown or a Blocked Punt? 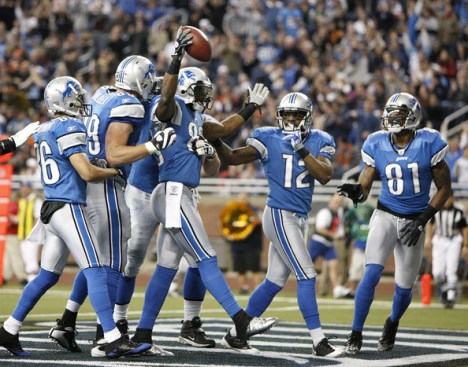 Crowdsourcing innovators continue to find new and novel contexts and the latest, brought to light in a Mashable article this week, details a documentary project that will utilize football fans to create the film’s content.

But just how effective would this new approach be, and what kind of audience would find the end result appealing?

The lucky guinea pigs are the Detroit Lions, whose opening-week triumph over the St. Louis Rams last Sunday gives the project an auspicious start. As a “social” sports doc, “The Season of Your Life” will be compiled from footage shot on mobile devices by fans and uploaded to the film’s website throughout the 2012-13 season. Painted chests, tailgate burp contests and drunken fistfights with opposing teams’ fans are optional (or, perhaps, encouraged). The user-generated collage will then be assembled for a feature-length documentary to be released in 2013.

Bombo, a company that has made professional documentaries about Boston Red Sox fans and Liverpool and Manchester United hooligans, is behind the groundbreaking effort. The Lions apparently have pledged full support and plan to use the free footage to entertain fans on its website and during games on its Jumbotron throughout the year. But will it work?

On the plus side, the content is being produced for free, and there will be a built-in consumer base of tens of thousands of fans ready to snatch up a year-end souvenir, even if it’s just to see if any of their own footage made the cut. Bombo merely has to pay for DVD production, some IT guys and a team of editors, so overhead is low. Plus, the Lions have ownership of the content, which it can use to promote the team, shore up local pride and encourage new ticket holders to join in.

Additionally, a company like Cinedigm, which has moved into showing in-theater content such as concerts and sports events, could possibly make something of it theatrically, or local Detroit theaters could screen it as alternative content during low-traffic weekdays. So maybe this idea is genius.

And yet, it’s difficult to imagine that much of the footage will be of decent quality. Anyone who has ever watched a guy try to carry three plastic cups of beer down a set of stadium stairs without spilling them would have to be skeptical about his ability to hold a camera steady and point it at anything other than the tattooed cleavage of that chick leaning on the back of the Dodge Ram opposite his boss ’97 Corolla. Deputizing 100,000 football fans with cellphones in giant parking lots to shoot ESPN-ready footage in the hope that half a dozen editors can turn the collection into something watchable and engaging is a longer shot than Michael Vick campaigning for the PETA board. “Life in a Day” this is not. 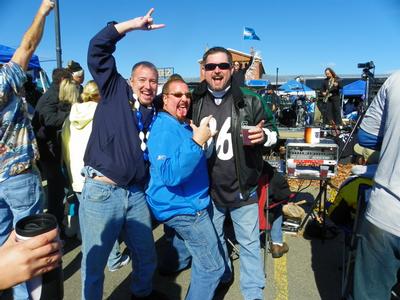 What if — and surely this would never happen, but just hypothetically — the Lions don’t quite burn up the league this year? Okay, they did make the playoffs in 2011 for the first time in 12 years, but no one wants a reminder of a breathtakingly mediocre season. And the fact that the audience is built in is the same thing that limits it, since it’s doubtful any other NFL die-hard is going to dig into a Lions-centric experimental art film. Unless, of course, the league convinces every team to do this, and Bombo persuades the entire football universe to angle for the complete collection. Again, it’s hard not to be skeptical.

Yet, I once bought a onesie, with matching hat, gloves, spoon, cup and dish, all with the Eagles logo, for my newborn for the same reason that any fan does anything: If I wanted my team to win, I had to. So I should be the last person to question football fans’ ability to justify participation in even the unlikeliest of Hail Marys. Which is something Detroit, more than any place, can identify with.

This Article is related to: News and tagged Crowdsourcing