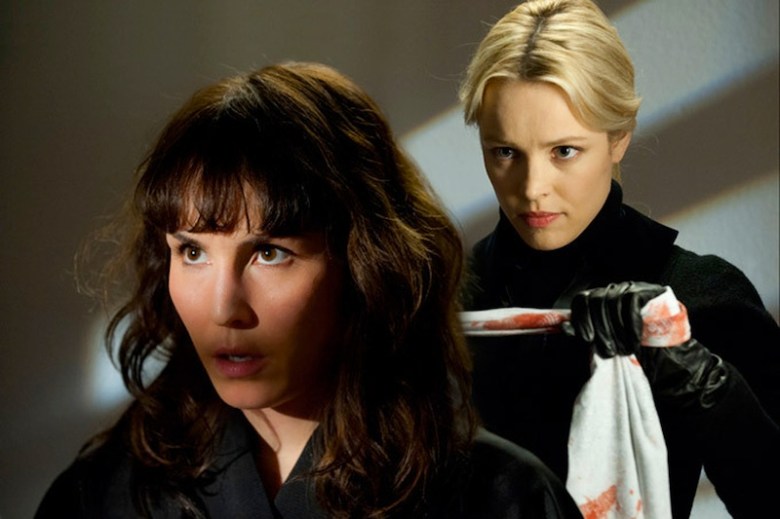 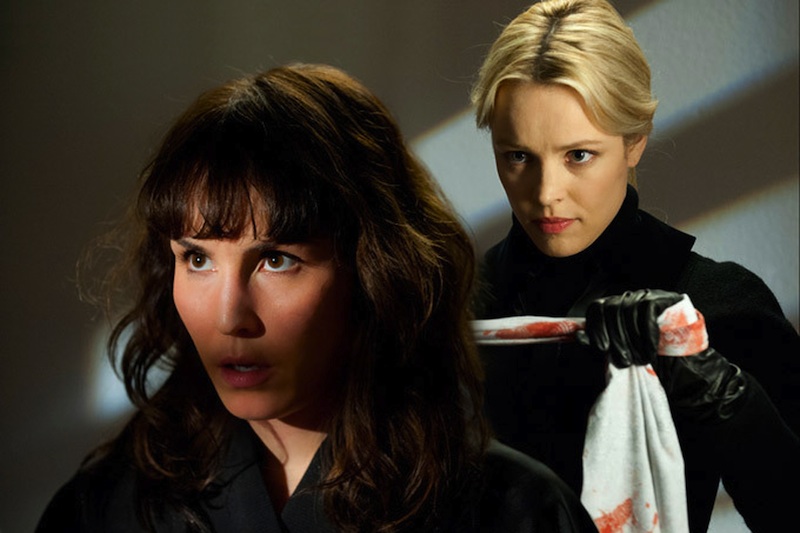 Brian De Palma’s “Passion” had comeback written all over it. When movie audiences last saw the director of such classics as “Blow Out” and “Phantom of the Paradise,” he’d strayed outside his usual horror-suspense comfort zone with “Redacted,” a “Casualties of War”-ish found footage movie about Iraqi war atrocities that was well-intentioned but muddled. “Passion,” in contrast, had all the makings of a return to form: seedy source material, sexy female stars, vengeful co-workers in a tale of rivalry and, y’know, passion. Even the title of the movie it’s based on — “Love Crime” by French director Alain Corneau — screams De Palma. “Love Crime” could be the name of almost every single film he’s ever made.

Alas, the critics’ comments about “Passion” at the Venice Film Festival were generally more “go away” than “come back,” and the reviews range from middling to disappointed to downright disgusted. That lower end of the spectrum is where you’ll find Guy Lodge who gave the film a D+ at HitFix. It’s not just bad, he claims, it’s totally lifeless. Flat, ugly, with two very miscast leads in Rachel McAdams and Noomi Rapace, Lodge found very little to praise, much less feel passionate about. “Were De Palma’s name not on the thing,” he writes, “you’d assume it was the work of a genre journeyman with a hard-on for “Dressed to Kill.'”

Lodge’s review is the most strongly negative published so far, but just about every article strikes similar notes of frustration. In The Hollywood Reporter, Neil Young calls “Passion” “disappointingly anemic,” taking De Palma to task for his heavy-handed choices in the realms of screenwriting, lighting, camera angles, and score. Though he admired De Palma’s latest use of his signature splitscreen technique, he was generally underwhelmed by the filmmaker’s nods to his past work, writing that “the impression is that De Palma is indulging himself with homages to his own Hitchcockian greatest hits, with results that veer close to self-parody on occasion and emphasize just how far this once-outstanding director’s creative star has plummeted.”

Not what this De Palma fan had been hoping to hear. Neither was I particularly enthused by these comments from Variety‘s Justin Chang, who warns that although “Passion” is clearly intended as a “wet-dream thriller for cinephiles” it generates “neither the tension of its forebears nor the audacity that would allow it to transcend its silliness.” He, at least, had nicer things to say about McAdams and Rapace as personal and professional rivals at a high-powered Berlin ad agency, describing their work as “compulsively watchable” even “in the absence of stellar material.”

And that’s pretty much par for the course for the rest of the reviews: so-so material, so-so execution. At Press Play, Tommaso Tocci thinks “Passion” hews too closely to the De Palma formula of old. “The more visceral experimentalism of ‘Redacted,'” he writes, “however problematic, felt comparably much more lively (bagging a Best Director award in the process, right here in Venice). That was a new direction; this film is a retracing of the director’s footsteps, albeit without quality in mind.” And at The Playlist, Jamie Dunn says the film has its moments but ironically lacks the most important, and seemingly most obvious ingredient: passion.

So “Passion” doesn’t look like De Palma’s comeback after all, although I guess we can still hope that the critics in Venice were all collectively having a bad day. Or maybe in classic De Palma fashion their submerged evil personalities took control and panned the movie unfairly. A De Palma fan can dream. And always in splitscreens.