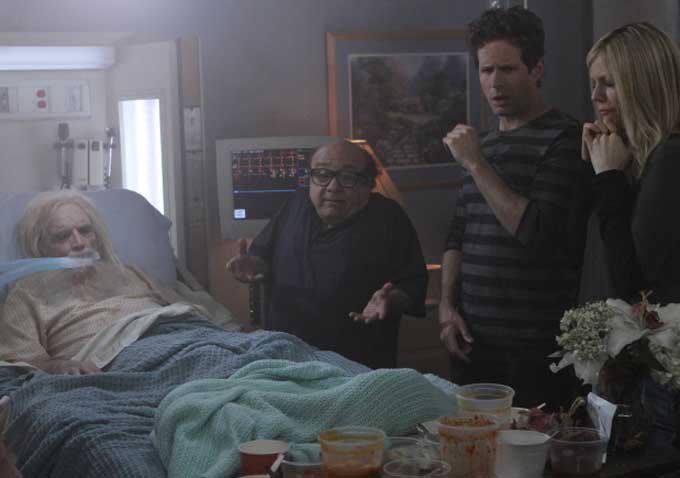 FX’s outrageous sitcom “It’s Always Sunny in Philadelphia” kicks off its eight season tonight, October 11 at 10pm, with an episode dedicated to that consistent source of so much hilarity, euthanasia.

In “Pop–Pop: The Final Solution,” Dennis (Glenn Howerton) and Dee (Kaitlin Olson) find out their grandfather Pop Pop (Tom Bower), a former Nazi who’s been mouldering in a nursing home, is now only being kept alive by life support, the decision of whether or not to pull the plug being left in the hands of his terrifying grandchildren. It’s typically dark subject matter for the comedy, which has gotten laughs from places few TV shows would dare to tread over its years on air.

Executive producers and stars Howerton and Rob McElhenney (Mac) spoke with journalists today via phone about what inspired the premiere episode.

“That was sparked somewhat by a conversation I was having with Kaitlin where we were fast-forwarding in our lives and trying to figure out if one of us was on life support — because those are conversations we have to have,” explained McElhenney. “Do we want DNR? Do we wanted to be hooked up forever? I brought it up in the writers’ room, and we started thinking ‘How can we do an episode about this?'”

“I did have that same conversation with my wife,” said Howerton. “We both had a totally different view on it. She was like, ‘I don’t know, what if something happens?’ I was like, ‘If I happen to be in a coma for a certain amount of time and the doctors are saying that even if I do wake up I’ll be brain damaged, just pull the plug! I don’t want to live that way. Take me out! Release my soul from this crushed body.'” 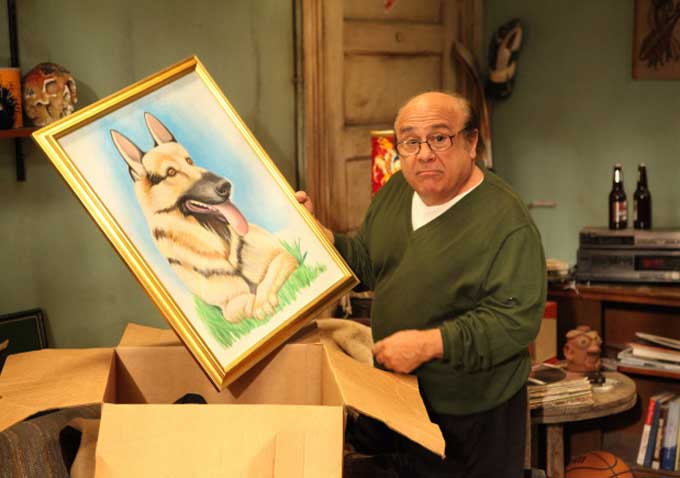 The episode sees the return not just of Pop Pop but of a painting that used to hang in Charlie’s (Charlie Day) apartment in the second season of the show. “When we got into editing, that painting stood out to us too much. We actually said that we never want to see that painting again,” said Howerton. “It’s just a shining, white, weird painting in the background.”

“And we had so many fans and so many comments asking about it,” continued McElhenney. “When we took it down, people were like ‘Wait!'” “Yeah, ‘What happened to that dog painting? We love that dog painting!'” added Howerton. “These scenes aren’t supposed to be about a painting of a dog in the background. So we did feel like it was distracting, but we always wanted to bring it back in some way.”

As for what the plans are for the future of the series, the pair joked about wanting to go for a “full quarter century” before saying they’d like “a nice round number of 10″ (the show’s been renewed for a ninth season after this current one, with an option for a tenth”) and talking about how the idea of knowing when the show was going to end and being able to write toward that was exciting. They added that this season’s guest stars include Sean “P. Diddy” Combs in a role unlike anything he’s done before and director Guillermo del Toro, in whose new film “Pacific Rim” “Always Sunny” actor Day stars. Del Toro mentioned he’s a big fan of the show, and accordingly, they wrote a part of him.