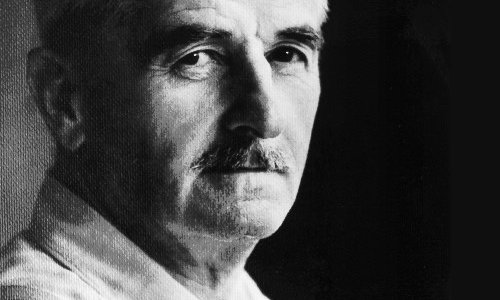 News broke over the weekend that the William Faulkner estate is going after Woody Allen’s 2011 hit “Midnight in Paris” with a copyright infringement suit that requests “damages, disgorgement of profits, costs and attorney fees” for Allen’s use of a quote from Faulkner’s Requiem for a Nun without permission. So it seems high time to reflect on the author’s sentiments on the film industry — and the very nature of an artist.
Here are five of the best hard-nosed quotes from Faulkner, who toiled in Hollywood himself on the scripts for “To Have and Have Not” (1944), “The Big Sleep” (1946) and “Land of the Pharaohs” (1955), among others that he remains credited and uncredited for writing.
1.) “Hollywood is a place where a man can get stabbed in the back while climbing a ladder.”
2.) “The artist doesn’t have time to listen to the critics. The ones who want to be writers read the reviews, the ones who want to write don’t have the time to read reviews.”
3.) “To me, all human behavior is unpredictable and, considering man’s frailty… and… the ramshackle universe he functions in, it’s… all irrational.”
4.) “The writer in America isn’t part of the culture of this country. He’s like a fine dog. People like him around, but he’s of no use.”
5.) “The writer’s only responsibility is to his art. He will be completely ruthless if he is a good one… If a writer has to rob his mother, he will not hesitate; the Ode on a Grecian Urn is worth any number of old ladies.”

This Article is related to: News and tagged Copyright and Piracy, Lawsuit, Midnight In Paris, Sony Pictures Classics, Woody Allen