An Alternate 'View' on the Most Hated Bond Movie Ever 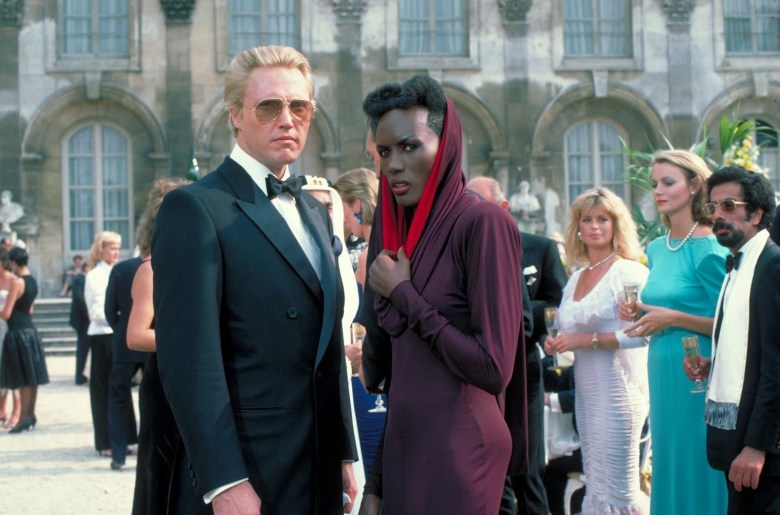 Of all the weird niche movie fandoms out there, Bond fans might be my favorite. They’re passionate and knowledgeable, but they’re also very accepting of opposing opinions. They recognize that the franchise has gone on so long, through so many different permutations, that there are different generations of Bond fans with different tastes. As obsessives go, they’re awfully relaxed. Maybe it’s all the martinis.

Not surprisingly, then, I’ve had a lot of fun discussing my picks for The Worst Bond Films Ever on Twitter, Facebook, and the comments section of the original piece. The conversations have been lively but not contentious. By far the most disagreement on my list was for Timothy Dalton’s “Licence to Kill.” While I’m a fan of Dalton’s Bond, I’ve never liked his second and final outing in the role — but a fair percentage of folks out there do. For some, it’s a nostalgia pick (it was the first Bond they saw, they watched it a million times on cable as kids, etc.). For others it’s one of the most pleasantly atypical films in the series: few gadgets, less womanizing, more drama, and character development.

The most disagreement off my list — the movie that the most readers argued should have been included — was 1985’s “A View to a Kill,” the seventh and final Bond adventure featuring Roger Moore as 007. This did not surprise me at all. “A View to a Kill” is routinely ranked around or at the absolute bottom of every other list of the worst Bond films. It’s been that way for decades. My own Bond nostalgia dates to the mid-’90s, when Pierce Brosnan took over the role. In conjunction with one of his films (I forget which), Entertainment Weekly did their own ranking of the entire franchise from best to worst. I was an impressionable teen at the time, and I took the list as gospel; watching all the Bond movies (many for the first time) in the order they were ranked by EW. They put “A View to a Kill” dead last. Fifteen odd years later not much has changed; a few weeks ago, USA Today gave it the same dubious honor. Bond fans don’t agree on too much. They could spend eternity debating who was the best villain or the best Bond girl. Hating “A View to a Kill” is as close to a consensus as they get.

Most of their disapproval is reserved for Moore himself, who was 57 by the time he made “A View to a Kill,” and clearly too old to play a physically vigorous secret agent. On this fact, there’s very little argument — including from Moore himself, who later joked he was “only about 400 years too old for that part” in 1985. It’s beyond the point where it’s creepy for him to sleep with younger women; it’s just kind of sad (his main female co-star, Tanya Roberts, just turned 57 – in 2012). To paraphrase the classic Chris Rock routine, “A View to a Kill” Roger Moore is like the old man at the club. Everyone else of his generation has moved on, gotten married, had kids, gotten a desk job. But he’s still there in his bellbottoms every Tuesday for 70s Night. You don’t want to be the old man at the club.

Until recently, I agreed with the consensus. When I saw “A View to a Kill” as a teenager, I thought it was laughable. I never watched it again. So when I rented the film just prior to writing that “Worst Bond Movies” piece, I planned to refresh my memory, confirm my opinion, and find some material for a few old guy jokes (“Moore was so old he had to take Viagra an hour before shooting the action scenes just in case he wanted to fire his gun.”). Then I actually watched the movie and a very strange thing happened: I liked it. With a hero this decrepit, “A View to a Kill” could never rise to the status of a great Bond movie. But if the Moore of 1973 had starred in it? It might have been one of his very best.

Moore’s age doesn’t diminish the movie’s greatest strength: namely its deranged villain, played with typically delightful lunacy by Christopher Walken. His character is Max Zorin, a microchip manufacturer looking to increase his market share by destroying Silicon Valley with a cataclysmic earthquake. The marriage between the Bond franchise and Walken was a match made in heaven. By 1985, the franchise’s evildoers required less logic than charisma; theirs was not to succeed, or even to make much sense, but to scheme and cackle and threaten in the biggest and most entertaining way possible. Few men have ever been more suited to that task than Christopher Walken.

Zorin, it turns out, was the product of a former Nazi scientist’s experiments into the effects of steroids on pregnant women, a process that made him a psychotic genius. That’s as good an explanation for Walken’s peculiar speech patterns as I’ve ever heard, on or off screen. His particular skills as an actor are well-suited to Roger Moore’s Bond, whose connection to indexical reality was already tenuous at best. In “A View to a Kill” he could indulge all his weirdest impulses, and not seem out of place in the slightest. This is a world where James Bond drives a car that’s been sawed in half, and has a submarine that looks like an iceberg. In this context, why wouldn’t a microchip manufacturer talk like Christopher Walken and have an airship that can kill people with the flick of a switch?

It’s Walken at his most Walkenian: chuckles, pauses, and weird pro-NOUN-see-a-SHUNS. This YouTube montage assembling his best “View to a Kill” tics almost feels like an avant-garde short.

Zorin is aided in his quest to be the strangest and most memorable Bond villain of them all by his lover and henchwoman May Day, played with scene stealing relish by Grace Jones. She and Walken share two of the most pleasurably strange scenes in all of Bond (neither of which, shockingly, seem to be online). In the first, director John Glen gives us a little peak in to Zorin and May Day’s home life, which consists of what Will Ferrell’s character in “Zoolander” would have surely called “sex fighting” — a karate battle that quickly turns into fetishistic foreplay. In the second, Zorin and May Day admire San Francisco and the Golden Gate Bridge from the control deck of his dirigible. “What a view…” Jones says. “To a kill!” Walken cackles, indicating he knows exactly what movie he’s in — right down to its title.

Beyond Walken and Jones’ considerable contributions, “A View to a Kill” also contains a robust assortment of action sequences. In the cold open, Bond retrieves a microchip from the dead body of another British spy and then escapes from Siberian soldiers by turning a destroyed snowmobile into an improvised snowboard while the soundtrack illogically blares “California Girls” (a choice so inappropriate it’s almost inspired). Later, after May Day kills an informant with details on Zorin’s plan, Bond pursues her up the Eiffel Tower, and then through Paris as she tries to escape via parachute. There’s an incredible car chase with a whole series of jaw-dropping stunts, including a jump on to and off of the roof of a moving bus. Later, Bond is nearly arrested by the San Francisco police and he makes his getaway on a firetruck whose back half begins swinging wildly into traffic as Moore(‘s stunt double) hangs on for dear life.

So, yes, Moore is too old. And the less said about Tanya Roberts as the main Bond girl the better (that’s why I’ve only mentioned her once until now). “A View to a Kill” is certainly not on par with Sean Connery’s best Bonds, but it’s not really that much worse than Moore’s high points.  It’s less silly than “Octopussy,” and it’s got a much better villain than “Moonraker.” In this Bond fan’s view, it’s actually kind of underrated. And the Duran Duran theme song is great. Surely every Bond fan can agree with me on that.