Commentary: Romanian Cinema Is In Grave Danger -- And Here's Why You Should Care 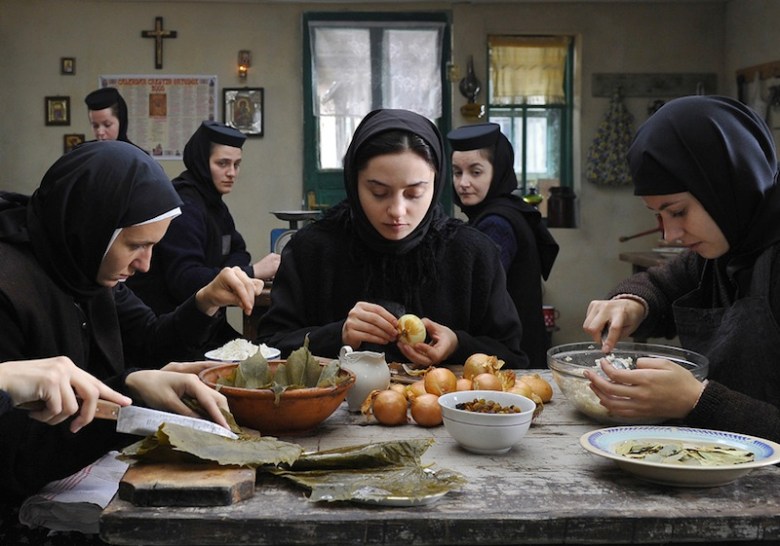 The title of the Palme d’Or-winning 2007 Romanian film “4 Months, 3 Weeks and 2 Days,” from director Cristian Mungiu, refers to the length of a terminated pregnancy. But in recent months it has taken on the significance of a countdown.

Romanian films such as “The Death of Mr. Lazarescu” (Cristi Puiu, 2005), “Police, Adjective” (Corneliu Porumboiu, 2009) and, of course, “that abortion movie” represent some of the most vibrant and engaging international filmmaking in recent years — garnering ten major awards at Cannes, Berlin and other festivals and spawning a movement referred to as the Romanian New Wave. But now, on the eve of Film Society at Lincoln Center’s “Making Waves: New Romanian Cinema” series, which starts Thursday, Nov. 29, that fresh flow is threatened by sudden changes in the Romanian government’s policies. This is disastrous for the filmmakers, first of all, but also for American cinephiles, who are in danger of much-diminished access to future Romanian films.

Consider Mungiu’s most recent work, “Beyond the Hills,” which will have its much-anticipated U.S. release in February. Since its premiere at Cannes, where it won awards for best screenplay and best actress (shared between the leads Cosmina Stratan and Cristina Flutur), and recent screenings at the New York Film Festival and AFI Fest, the buzz around the film has been growing. As Romania’s official entry for the best foreign-language film Oscar this year, “Hills” is likely to find a wider audience. But pretty soon, absent that designation, films such as Mungiu’s could fall off the radar completely.

In June, Prime Minister Victor Ponta passed an undemocratic “emergency ordinance,” without a parliamentary vote, that restructured the Romanian Cultural Institute. This action was largely seen as the Prime Minister’s move to replace all personnel appointed by his political enemy, President Traian Basescu, whom he also tried (and failed) to have impeached later in the summer, via another unconstitutional measure.

READ MORE: CANNES REVIEW: The Good and the Bad of Cristian Mungiu’s Post-Palme Drama ‘Beyond the Hills’

Mungiu and countless other artists, Romanian and otherwise, argue that the way in which the current Romanian government under Ponta has severely undermined the country’s fragile cultural infrastructure is a real blow to Romania’s image abroad. In one fell swoop, the Prime Minister’s move has dismantled years’ worth of steadily built relationships between the Romanian Cultural Institute, Romanian artists and other countries’ institutions, threatening Romania’s integrity as a civil society. Though the RCI takeover is just one of many alarming “emergency” measures, it is the one that most directly affects the future of Romanian films.

The question at the center of Romania’s currently imploding politics is, in fact, the same question that exists at the heart of “Beyond the Hills”: Who is responsible for this mess?

An interesting dynamic about the Romanian New Wave is that not everyone “back home” is happy about its popularity in the West. Some people claim that these films distort and tarnish Romania’s image abroad with “shameful” representations of malignant hospitals, corrupt state officials, young women who have abortions and taciturn loners who buy shotguns and shoot them for seemingly no apparent reason. This disconnect rests in these viewers’ inability to see art as art (not specifically a Romanian problem), which is then stoked by the zeal with which these films have been consumed in the West — the West, still, is not to be trusted, partly by conditioning and partly because, well, maybe the West is not to be trusted.

For example, there’s the efficient commodification of “Romania’s most popular export” into a movement with a catchy name. The directors themselves reject the imposed homogenization and implicit expiration date that comes with the term “Romanian New Wave Cinema.” That said, if “Beyond the Hills” gets an Oscar nomination, even if it doesn’t win, its visibility might create new opportunities for investors to back future Romanian films. But if so, it will also add to the above list of “shameful” representations the callous doctors, the queer, mentally ill (or possibly Devil-possessed) orphan and the botched Christian Orthodox exorcism of Mungiu’s film. Most damning of all for its detractors, “Beyond the Hills,” adapted from a novel by the writer-journalist Tatiana Niculescu Bran, is based on real events that took place in northeastern Romania just seven years ago.

The protagonists of “Beyond the Hills,” Alina and Voichita, grew up together in an orphanage in the poorest region of Romania. Separated when they “matured” out of the home at age 18, Alina sought work in Germany. Voichita found a home and relative solace in a local monastery, and the film begins with Alina’s arrival there to collect her friend, who is not prepared to rekindle the relationship with the same level of intimacy that Alina expects. Or, for that matter, to leave the monastery and work on a cruise ship, as the two had planned.

The film implies but never insists on the homosexual nature of their previous relationship; one understands that what is unrequited here is simply human affection. In any event, this rejection, framed by the religious mores that Voichita has passively adopted, incrementally unhinges Alina’s grip on reality, and she has what is effectively a psychotic break.

There are lots of “shameful” elements in “Beyond the Hills”: sexuality itself; masturbation (“self-abuse,” the mention of which triggers physical violence in Alina); the autism of Alina’s brother (Romania doesn’t officially recognize autism after the age of 18); paranoid schizophrenia (never discussed as a disease, but implied by the specific medications the doctor prescribes to Alina); and the challenge to the presumed benevolence and authority of the Orthodox church, to which more than 86% of the Romanian population claims to belong actively. The young women are, incidentally, in their early 20’s, which means they also represent the many abandoned and neglected children that made headlines in the early 90’s — this, too, has been considered a moment of “shame” for Romania, as if the country were an untrained, and thereby innocent, puppy, whose nose the world was forcing into a stain on the carpet. So to a certain segment of the Romanian populace, the restraining of the former RCI and the films it supported might seem justifiable. 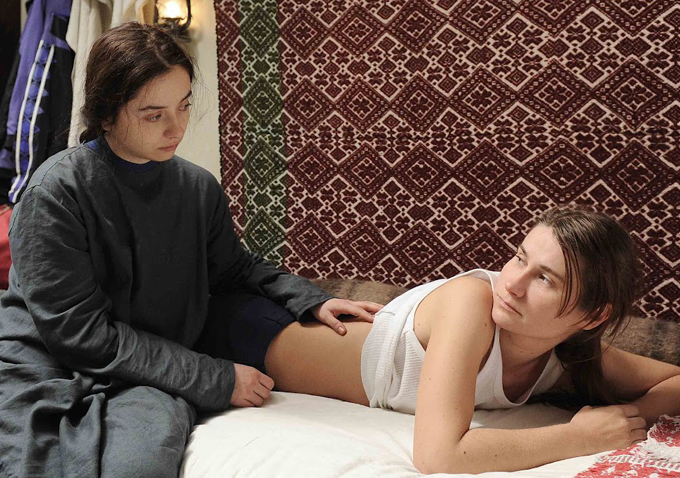 “The RCI never gave money to produce films; it just allocated state funds for promotion,” Mungiu said in a recent interview. “But what people back home don’t understand is that it takes such a long time to convince people that you’re a good partner, to build trust, and that all of that can vanish in one second if you’re not serious.”

For example, the New York office of the RCI spent the last seven years building a network with other institutions to facilitate the promotion of Romanian artists and their work. In keeping up with the growing reputation of Romanian cinema, many of these efforts were made in support of films and filmmakers, including an allocation of $60,000 a year for the last three years for programming in New York, including visits by the filmmakers.

“But because of the political hatred that dominates Romanian society today, these things [trust, networks, relationships] didn’t matter for a second,” Mungiu has said.

As a direct result of the new policies in Romania, 2012 funding for RCI ceased in July of this year, endangering existent programming worldwide such as the Romanian Film Festival in New York, which is partnering for the first time this year with Lincoln Center. “Making Waves,” as the seventh edition of the festival is called, will in fact take place, closing with “Beyond the Hills.” However, the Lincoln Center’s partner is no longer the state-run RCINY. It’s now called the Romanian Film Initiative, and it was started by the former heads of the RCINY office, Corina Suteu and Oana Radu. To replace the funding recalled by the Romanian government, Suteu and Radu were forced to launch a Kickstarter campaign that successfully brought in more than $22,000 from 263 donors. 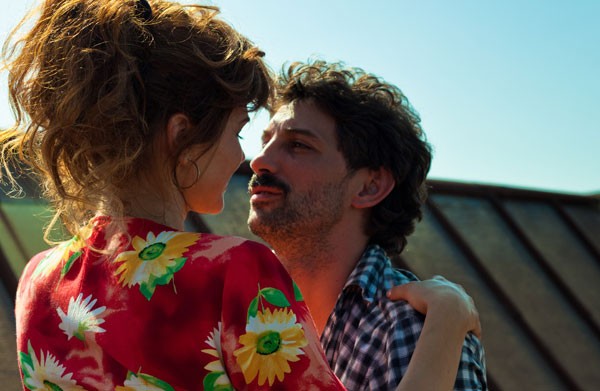 While the old RCI seemed committed to bridging the gap between Romanian artists and their potential audiences, its new mission is to promote state-sponsored Romanian cultural products abroad (or what some might label “propaganda”). For an idea of what this might mean, consider the difference between the films of Neil Jordan and the mass-consumption-ready thrills of “Riverdance.”

In pointing to the discomfort and difficulty of watching the Romanian New Wave films, critics are not wrong, per se. The prevailing aesthetic of “Beyond the Hills,” like Mungiu’s previous film “432,” is life, starkly lit and captured by a lens that aims to withhold judgment, blame or any hint of gratuitous softness or relief, while also pinning the viewer to her seat with an accumulating tension so that she can’t look away. It’s hard to defend against accusations that the film sometimes nudges realism over the ledge of “unflinching” to something just short of sadistic, even as it waves the anti-sensationalist flag.

The new Romanian films are difficult to watch. As were the great films of the “Old Wave,” from directors such as Lucian Pintilie and Mircea Danieluc. So perhaps it’s understandable that many older Romanians, who’ve lived most of their lives under Communism, and who now face an austere and frightening retirement, might respond to the reallocation of state funding with a gesture that is as much Romanian as the thumb-to-forefingers is Italian: a simultaneous shrug and scowl of swift, bitter dismissal. “We’ve lived through miserable times,” they could be saying. “Why pay for more of the same?” 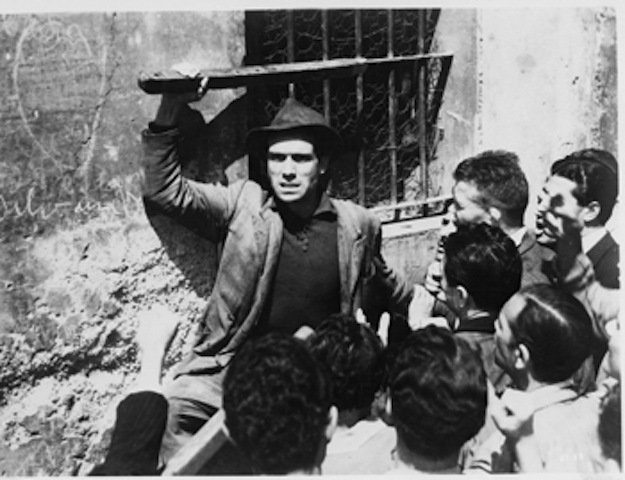 Meanwhile, many of the younger generation, brought up in a dilapidated educational system only to come of age in the midst of recession, unemployment and a devastating national drain of intelligence, talent and manpower (the theme of Mungiu’s first film, “The West”), find these films too bleak, too long, too silent — in other words, not entertaining enough. (It is maybe worth noting that when Vittorio De Sica’s “Bicycle Thieves” came out in 1948, the poor, beleaguered Italians it represented hated the film and asked for their money back, while the rest of the world immediately recognized it as a masterpiece.)

Romanian filmmakers aren’t concerned with simple entertainment, nor should they be in a culture so long deprived of real freedom. We need their “24 lies per second in the service of truth,” as another “difficult” director, Michael Haneke, has said. Stripping artists of the infrastructure that supports them is a form of suppression, as damaging as dictating what kind of work they are allowed to make. And the loss of a functional cultural infrastructure for Romanian filmmakers is a loss for the people who will have a harder time getting access to their work. Cinema, the most collaborative, cumbersome and costly of the creative arts, is particularly vulnerable.

The hope is that the last few years of strong Romanian films have bolstered both the filmmakers and their audience enough to overcome Romania’s truly shameful politics and to keep this creative valve open. Visibility is a filmmaker’s practical currency, ensuring opportunities and funding for future films. But it isn’t only that. Visibility, literally, is what makes the film a reality. In effect, a film that nobody sees doesn’t exist.

This Article is related to: News and tagged Beyond The Hills, Cristian Mungiu, News