Do Documentaries Play Only to Cultures of Comfort?: Everyday Rebellions on The European Doc Fest Circuit 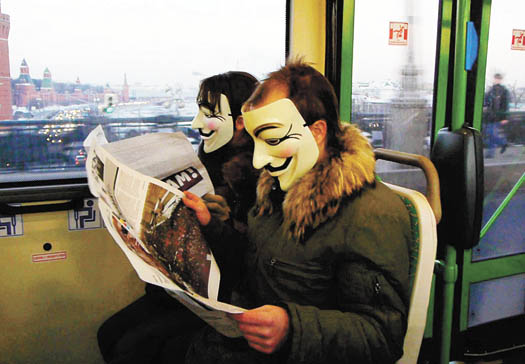 “How come it doesn’t bother you that we live in a society that gave up?” asks one of the young Russian agitators in “Winter, Go Away.” The film, which premiered at Locarno and is now rumbling through the Fall festival circuit in Europe, documents the civil unrest during this year’s Russian elections. Produced in a feverish few months by students at Marina Razbezhkina’s School of Documentary Film and Theatre, “Winter, Go Away” was completed just in time for Putin’s inauguration. My take away: it will be Vlad’s last welcome back party, or there’ll be a revolution.

Last week at DOK Leipzig, Ms. Razbezhkina told me that the students were originally commissioned by Moscow’s Novaya Gazeta newspaper to document one rally in December 2011. They were compelled to continue. Through February 2012 the ten students shot and edited in shifts, living together in a small flat. The result is one of the most visceral and urgent political documentaries since another mid-crisis film, Emile de Antonio’s “Year of the Pig.” As conventional distribution for “Winter, Go Away” in Russia is not an option, it is now being screened for free wherever possible.

We frequently respirate “world changing” vapours in doc wonderland, getting dizzy with self-validation. In June, on the publication of his pamphlet “Why Documentaries Matter,” BBC’s Nick Fraser cautioned London’s Frontline Club on breathing such giddy airs: “There’s a kind of packaging of social action by, and I hate to be cynical, collections of people who would dread the consequences of any upheaval in the world.”

At last month’s Bergen International Film Festival, held in one of the world’s richest countries (Norway), the viscous that contains much current documentary within the “progressive bubble” (Fraser’s term) is palpable. Among some 100 feature docs at BIFF is 70% of the Sundance 2012 nonfiction programme. Given that Sundance is the world’s most important and influential festival for English-language documentary, it is in Park City that much of the spongy boosterism soaked into contemporary documentary is squeezed into the more absorbent international film festival programmers. These, the tastemakers. I also don’t like to be cynical, but I’ve been watching these world-changing documentaries for fifteen years, and I’ve been angry and informed.  I’ve cheered- and welled-up in all the right places. And festival audiences around the world, though mostly within cultures of comfort, have done the same. Yet, advocacy no longer does it for me, nor does it seem to be working upon the world as much as we claim.

And not just by the fact that an espresso is eight times more expensive in Bergen than in Lisboa, which is just one of the piercing contrasts experienced on my hop from Norway to Portugal. These are two countries chomping from opposite ends of the economic feed bag. Re-caffeinated for Docslisboa, it’s clear that matters have become pressing, jittery, on the edge. The festival sucked up a 20% budget cut this year, and one assumes there wasn’t much there to slash to begin with.

The program itself, the four Festival Directors tell us in their introduction, was constructed from a double challenge: “to think about film as a simultaneously artistic and political field, and as a force that be inscribed in reality.” As with most of the festivals on this particular trip, the curation at Doclisboa is rigorous, taking an elevated level of visual literacy and patience amongst its audience for granted. While the content may not be overtly “political” by North American prescriptions, Doclisboa was obviously conceived politically (to paraphrase Godard). The best of the main competition, “The Anabasis of May and Fusako Shigenobu, Masao Adachi and 27 Years Without Images” (Eric Baudelaire), “Three Sisters” (Wang Bing) and “Sofia’s Last Ambulance” (Ilian Metev) are each radical formalist works in their own way. 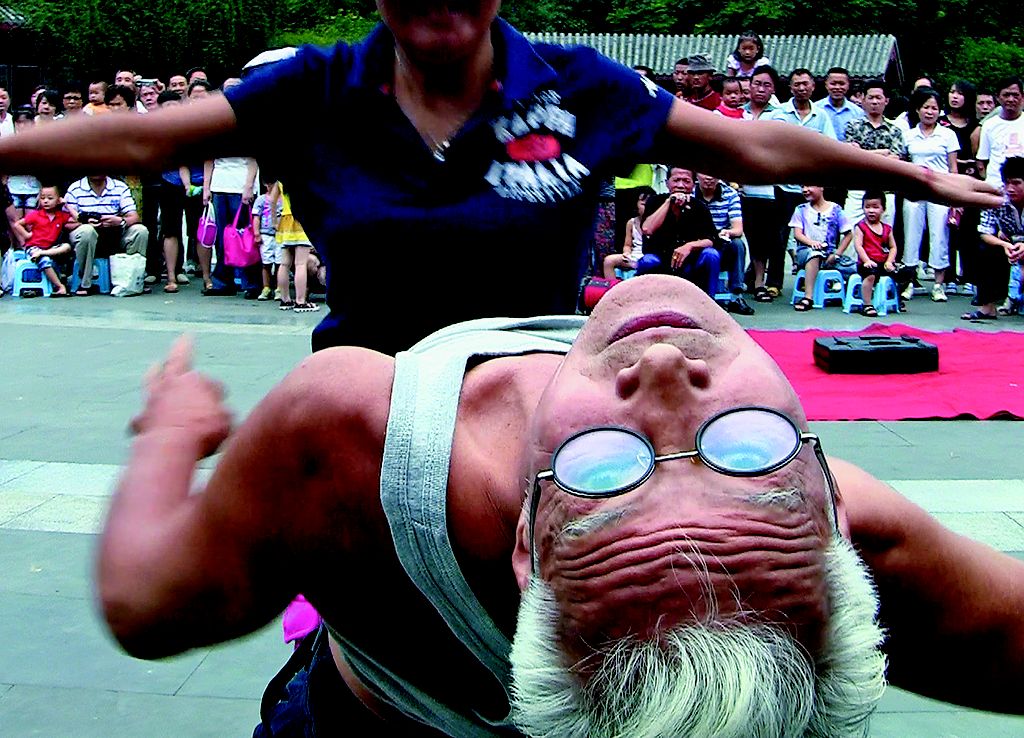 In fact, from Docslisboa and through Jihlava IDFF, DOK Leipzig and CPH:DOX, one enters a bizarro nonfiction film universe. The majority of the films I see on this tour will not make it over the festival rainbow. North American distribution? Ha! Many of these works have long takes, lack narrative (or narration) and big music cues. Sometimes there’s no colour. And often one cannot even tell if they, the films, are “real” or not. It becomes evident, in comparison, that most of what is represented as political or “social issue” filmmaking in North America seems to be pitched, formally speaking, at audio-visual infants. I submit that film festival programming can be a political act too, and I would like some of the more radical acts of Euro curation exported to my homeland. There a responsibility not just to feed an audience, but to nourish and sharpen their senses, too. And even to piss them off, once in awhile.

Though, I also prod European programmers to show North Americans some love in reciprocation, and chide them for a snide bias, amongst some, that most Anglo-American docs are just “television.” I can be a hypocrite that way. “People’s Park” (Libbie D. Cohn, J.P. Sniadecki) was the only American production in competition at Docsliboa. Jihlava presented “Ai Weiwei: Never Sorry” (Alison Klayman) in tandem with a programme of Ai Weiwei’s video work, whilst “Paradise Lost 3” (Joe Berlinger, Bruce Sinofsky) and “The Invisible War” (Kirby Dick, Amy Ziering) are here as Special Presentations. DOK Leipzig’s only U.S. feature doc presentations were “Downeast” (David Redmon, Ashley Sabin) and “Driver’s Wanted” (Joshua Z. Weinstein). CPH:DOX, naturally, is presenting one of the best American films of the year, “Tchoupitoulas” (Bill and Turner Ross), in it’s main competition. There are also a few Sundance titles scattered across the thematic sidebars in Copenhagen. But, on the whole, documentaries are clearly off the American cultural imperialism grid.

But back to revolutions. In Jihlava, I chat with Marta Andreu, a Spanish producer here for a lab with fellow “emerging producers” from across the European Union. She came to “throw a bomb into the funding system,” and so is impatient with workshops on networking and pitch presentations. Old school tools won’t work within the eviscerated public funding structure that Marta and her peers have been handed down. “We have to produce differently,” she says, definitely bothered.

And it’s also evident that the forms in which activist filmmaking will be produced and disseminated are a-changin’. Next to “Winter, Go Away,” the most exciting radical work I’ve encountered on my travels is “Everyday Rebellion,” a cross-media project-in-progress by Austrian-Iranian filmmakers Arash and Arman T. Riahi. In October, “Everyday Rebellion” won the the pitch prize at Power to the Pixel. At DOK Leipzig, where it was presented on a panel I moderated, it was the talk of the festival (okay, I couldn’t stop talking about it, at least).

One of “Everyday Rebellion’s” streams is “Creative Resistance,” a “how-to” web series produced for Arte Creative. The series features high-profile activists like The Yes Men and Femen instructing emerging rabble-rousers how to write a press kit, how to avoid going to jail, how to be funny, and how to be a sextremist (“your body is your weapon!”), etcetera. The hub website is devoted to tactics for nonviolent protest, especially that employing technology, and strives to link Arabian and Iranian uprisings with Western movements.

Lest it all get abstract and over mediated, here is Orwa Nyrabia back on the doc fest circuit. Orwa disappeared for three weeks in August, abducted by the Syrian military and held in an underground location. The charges were vague. Orwa and his partner Diana El-Jeiroudi ran Dox Box, a documentary festival in Damascus. Their production company, Proaction, also made documentaries. They had cancelled the fifth edition of the festival, which was to be held this past March, “in protest against the killing and oppression of civilians in this country.” The international filmmaking community was demonstrative in calling for Nyrabia’s release. And now, a hearty hug with Orwa at DOK Leipzig, one of hundreds the beloved big guy will receive as he tours Europe, prepping several new productions. Some of them, one assumes, will deal with the Syrian revolution.

Further, last week at the Cinema Verite festival in Tehran, Jihlava IDFF Director Marek Hovorka made the local news after he compared Iran to Czechoslovakia of the Eighties, and referenced the international support for dissident filmmaker Jafar Panahi. While the remarks caused some discomfort for festival officials, and was the subject of an editorial rebuke in Rajanews (which called for an investigation by Foreign Affairs), privately Hovorka received an appreciative response from many in attendance. Aware of boycotts against the event, Marek went to the Iranian festival with some hesitation, but felt he could not attend without having the opportunity to express his personal opinion. So he did.

It’s clear, travelling through doc land, that our nonfiction filmmakers and festival are as engaged as ever, with a broad range of tactics and responses to tyranny and injustice. Also, the repercussions and danger is tangible. Whether mobilizing through advocacy, agitating through observation, or altering perception through form, or just plain speaking out, documentary has never been more relevant or essential. These films and these festivals matter more than ever.

This Article is related to: Festivals and tagged Documentary