Futures: Sean Baker's 'Starlet' Dree Hemingway Opens Up About Life as Model and Acting Opposite an 87-Year-Old Newcomer 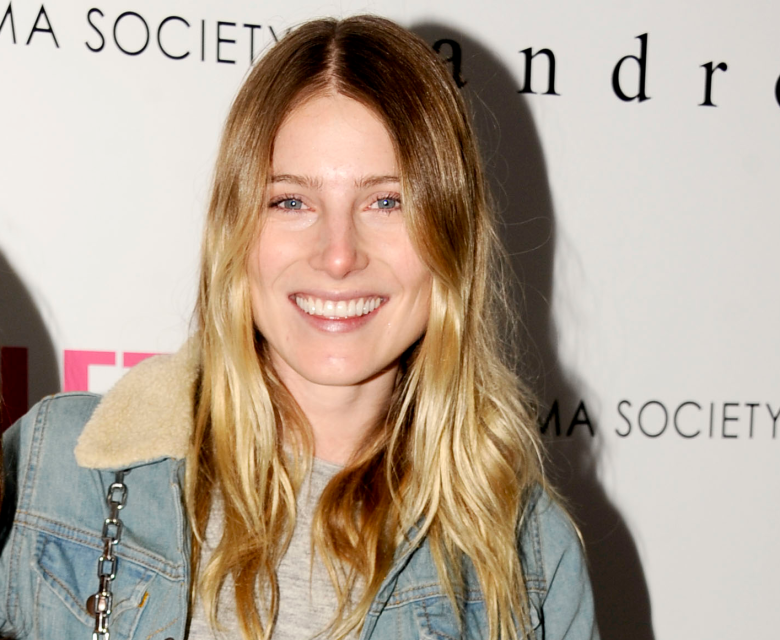 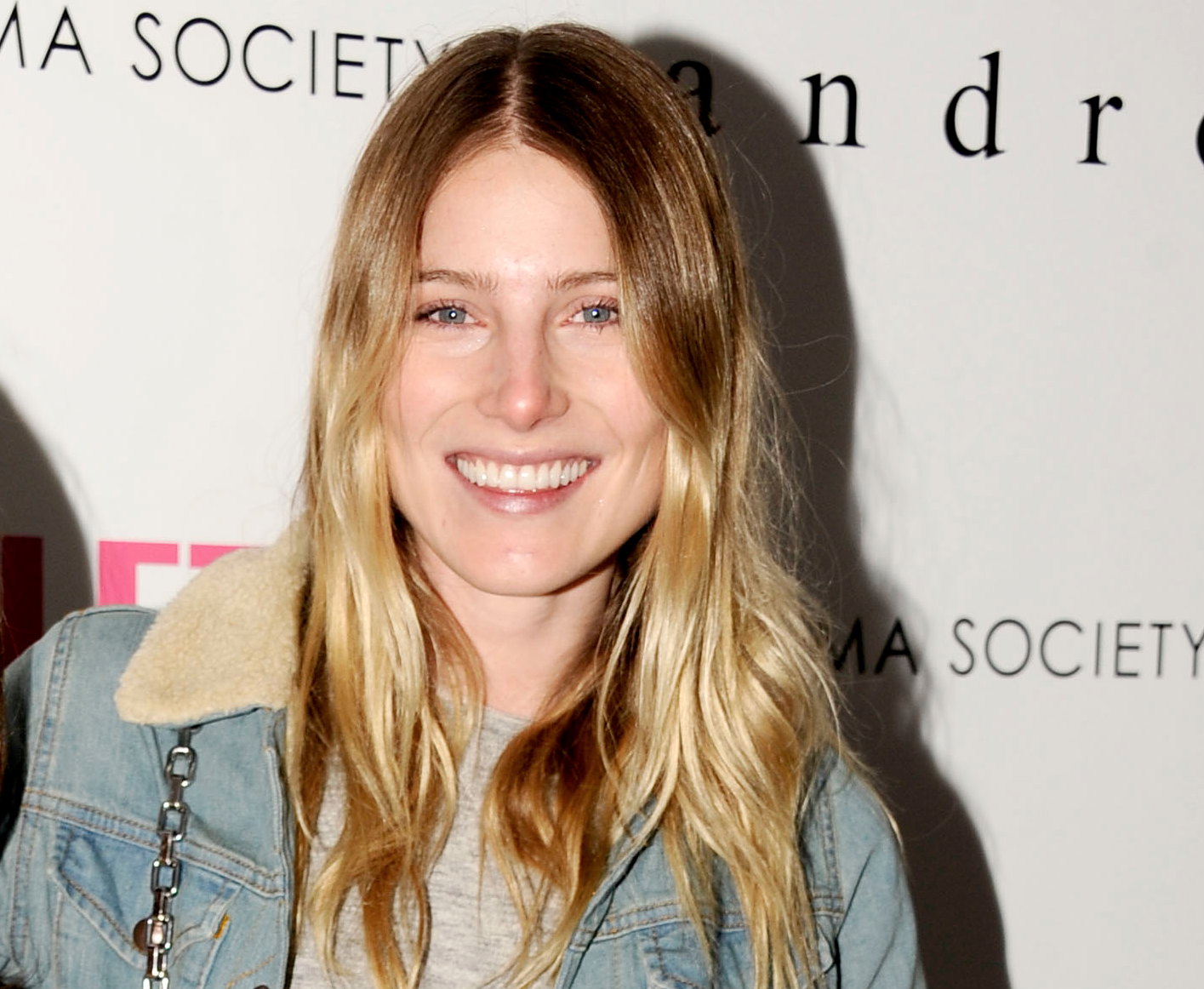 Why She’s On Our Radar: As the daughter of Woody Allen muse Mariel Hemingway and great-granddaughter of legendary author Ernest Hemingway, 24-year-old model/actress Dree Hemingway had a lot riding on her back at SXSW earlier this year when she premiered “Starlet” — a film that features her in her first lead role. She hit it out of the park, impressing audiences and critics with a vulnerable and star-making turn (apt given the title of Sean Baker’s drama) as Jane, a 21-year-old LA transplant who develops a deep bond with an elderly woman (Besedka Johnson) after a chance encounter. The film opens in select theaters this Friday.

What’s Next: “Right now, the biggest thing that’s in the works for me is that I’m going home to England to visit my boyfriend’s family,” Hemingway told Indiewire, laughing. “I’m reading scripts, I really just want to find that next thing that touches me — and I don’t know if it’s necessarily shocking, but I wouldn’t mind doing a period piece. I want to challenge myself.” 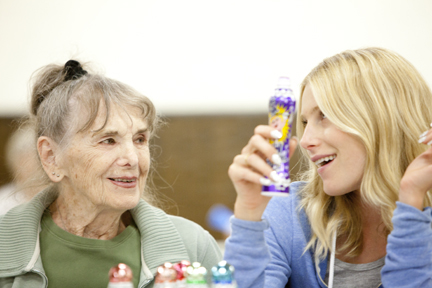 You led quite the modelling career before getting into acting, representing for the likes of Givency and Chanel to name a few. How did you land into it? Did you pursue it or were you scouted on the street?

I was scouted when I was like sixteen and I hated it. I wasn’t ready to work. When I turned 19, I decided to move to Paris to pursue modeling for myself there. It was kind of a way to get out of the house and discover something for myself, in a way. This was after taking acting classes… I think the only reason I wanted to do modeling, really, was because I knew I wasn’t ready to act; I knew I didn’t have enough life experience, and I knew that doing photo shoots was a way of acting. Playing a character each shoot and being able to just emerge yourself in these awkward experiences — it was amazing.

What did you learn about yourself on that circuit that carried over into your acting, specifically?

I think when it first started, my modeling career, I felt like I didn’t fit into it, fully; I know I’m not this six-foot or five-eleven girl who has weird Russian features, which is kind of the ‘thing’ that is going on in the modeling industry. And I think my biggest learning experience is that it’s okay to be who you are — you don’t have to exactly fit the mold of what people think a certain kind of career is. I think that discovery — of really knowing who I am and being okay with that and loving myself — was amazing. I really do feel like I know myself, and I’m so happy to be by myself and I’m so happy to be with other people; I just know myself really, really well and I think that is an amazing thing. I think a lot of people don’t know themselves that well.

“Starlet” doesn’t mark your first time onscreen, but the film does deal with some pretty taboo subject matter. Were you wary of tackling the seedier aspects of the story in what is essentially your breakout role?

Yeah. For me, the funny thing is going through the whole process was amazing. And that one scene — the big scene — even though I have a body double, it was still frightening for me because it’s something that not all people are going to know it’s a body double. I had to talk to myself and ask: am I comfortable with the fact that that’s what people are going to perceive me as? I think it’s such a good movie that it holds its own and that’s so small compared to it. I think it’s a beautiful, beautiful movie.

How did you first get on Sean’s radar initially?

My manager saw that they were casting for the role of Sadie [Jane’s troubled roommate in the film], and he read the script and called Sean and said, “Have you cast Jane yet? I have the perfect person.”

And that was it?

Did you read the script without knowing what was coming next? Sean does a good job of masking what Jane does for a living for a good part of the movie.

I think that was one thing that really excited me about the project, that it was improvisational because I pictured it to be like a Christopher Guest film. That’s what I really knew: I knew it was a seventy page script, I knew it was amazing because my manager was like, “You have to read this,” and he’d text literally every five minutes and say, “Have you read it? Have you started reading it? Are you going to read it?” and I’m really bad at those things sometimes. I picked it up, he said it was improvisational, there’s a little bit of nudity, it’s set in the San Fernando Valley… For some reason, in my head, I was like, “It’s going to be like ‘A Mighty Wind!'”’ I was pretty excited about it. I really liked the fact that — because it was so short, and there are notes in the script that said, ‘actor elaborate from there…’ — it gives you the sense of the scene and gives you the structure of where you have to start and where you have to end the scene… But there’s so much freedom to build off of what’s already there and I loved that. It was so fun. And it was amazing being thrown into these situations. Like we went to the ‘exotica’ thing — we set up a fake booth and everybody thought I was a real porn star. All of that is real. That crazy guy in that one scene is real.

The one that asks for your autograph?

Yeah. That day was hilarious and so sad. It’s kind of sad to see how some of the world is, and how crazy they are, and how neurotic they are about things. And also for something that I just don’t understand so much, it was weird being there, but I also got a good dose of reality a bit, which was nice.

Let’s talk about your experience shooting opposite Besedka [Johnson]. She had no experience coming onto this, right?

No, she was found at the YMCA in LA. She was just doing her swim aerobics and Shih-Ching [Tsou], who is one of the producers, called Sean and said, “I think we have our Sadie.” Shih-Ching took a picture of her, she came into read, she had never acted — she’s 87-years-old. I think she did the best acting performance there. 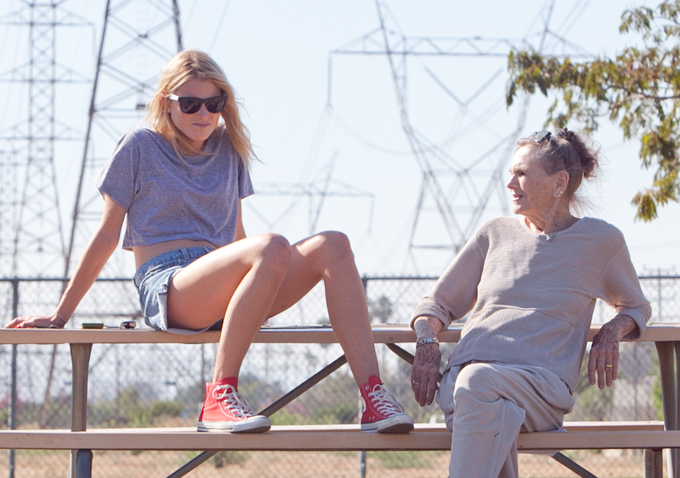 How did you two bond over the course of making the film? Your relationship is really what forms the heart of “Starlet.“

I instantly loved her. I remember the first day, she brought over all of these old pictures from her house and was taking me through them — pictures of when she was younger; she’s so amazing. She’s just so wise, so loving, and so real. I think that the reason this film was so enjoyable and easy to make was because I got to work with her; it was almost a refreshing relief to be around her. She’d get so exhausted, she’d be like, “I don’t understand! It’s a one-minute scene! Why are we doing it eight thousand times? Why is the camera coming from this angle and this angle and this angle? I don’t get it!”

The other day we did an interview thing together in LA. She was just like, “We had to do the bingo scene from this angle, and this angle, and thousands and thousands of times — and then, it comes out, and it’s like five seconds long… But I kind of get it.” And I was like, yep, Besedka! That’s exactly how it works. Her fascination at being around this stuff is the most amazing thing ever. It was kind of great — she’d get kind of tired, and hungry, and I’d be like, okay! Break time, guys! For someone who is 87-years-old, has never acted in their life and doesn’t really understand what is going on, and to have to do improvisation, is kind of amazing.

This Article is related to: Features and tagged Dree Hemingway, Futures, Interviews, Starlet