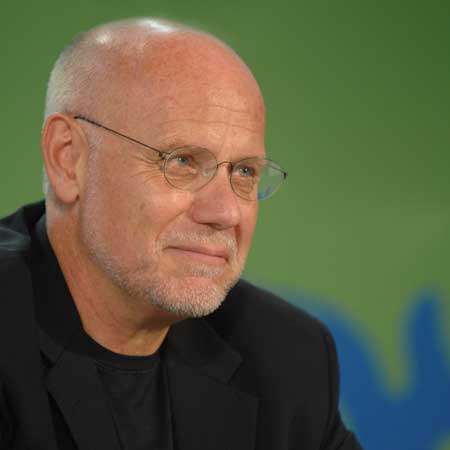 Rome Film Festival director Marco Mueller is a divisive figure in the film community, but nobody can deny his impact. He is renowned for his track record of injecting new life into festival, from his successful Rotterdam debut after the death of its intransigent founder Hubert Balls through to his acclaimed tenure in Venice. He is also one of the first curators to introduce European audiences to Asian films, in particular Chinese cinema. His very presence at the helm of this year’s edition of the Rome Film Festival provoked a 50% increase in international accreditations.

Yet his new job in the Italian capital might as well be the toughest challenge Mueller has faced so far. With a short and reviled history, the Rome festival was in a disastrous state prior to Mueller’s arrival, which was preceded by an impasse whose backstage would outshine the most convoluted of all political thrillers. Indiewire sat down with Mueller as the festival came to a close last weekend to discuss his first year.

Are you satisfied with how the festival went?

Look, every festival edition cannot but addressing the previous edition’s dissatisfactions also on the part of those who organize it. This year, we had not enough time to work on an ideal [festival]; we had to make do with what we had on our hands, which wasn’t much in terms of time. I increasingly feel the need of having an almost schizophrenic festival, a festival that can offer the right premieres for a big city like Rome but also pursue a more “avant-gardism” program, which we have already initiated this year with the CINEMAXXI section.

How does it feel to have become the artistic director of the Rome Film Festival in the same the year Cinecittá is closing down?

The problem is the following. How do you keep such an imposing structure open in the face of a decreasing offer on the market, when it is unthinkable to imagine a planetary distribution for Italian films? The fact that Cinecittá is closing down is a symptom of the state the Italian film industry. So the importance of a festival that draws attention to Rome as a city of cinema is not to be underestimated. We saw at the festival that there is still potential for films that should be made in Rome.

In your view, what is the role of a film festival?

A festival shouldn’t be a surrogate of all that doesn’t work in the distribution circuit; it shouldn’t represent a sort of alternative universe to the marketplace. A festival makes sense in relation to what starts happening in the wider film world the day after the festival ends. There needs to be a dialogue, an exchange between the festival and the market so that films screened here don’t die after the event but are launched into a longer trajectory. I’m interested in the waves that a festival ignites and the motion its films are set in. Films should be recognized outside the festival they’re being shown and within the international arena, and that can also mean a successful stint in the marketplace.

What were the major challenges in organizing this year’s edition? And what can be improved for the following ones?

From day one, I realized that the festival’s bargaining power had to be improved and at the same time we had to work within its limitations. I’m not only referring to the talent, but also to buyers and vendors, so that a fruitful relation with the market as whole can also function as a multiplier. We needed to raise the festival’s profile in terms of market palatability so as to be in a position to work on its artistic quality. In this respect it was very important to have world premieres with commercial potential. We’re looking into increasing the commercial viability of this event outside the Italian sphere. For instance, this year, as part of the Business Street [Rome’s sales market], we devised a section called “Missing Link” dedicated to VOD platforms, cable TV channels and all those new branches of the film market. The idea was to tap into and develop a distributive frame that differs from the traditional one in accordance with changing trends and viewing habits.

Next page: Where is this festival heading? 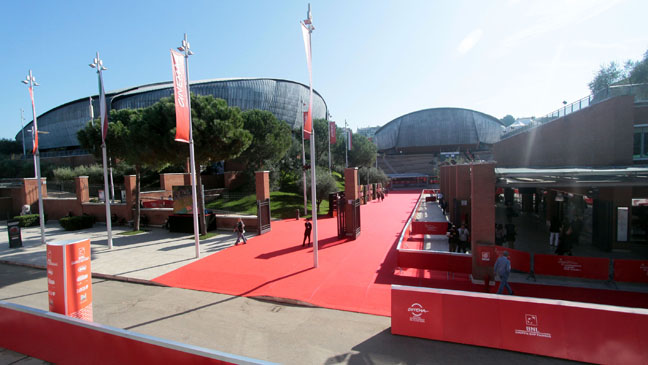 Where is this festival heading? Do you think it can bypass the formula for a big city festival for a more adventurous characterization?

Our hope is to reconcile these two sides that at first seemed incompatible. Namely, what in Rome used to be called “the party,” the mundane aspect of the festival with the red carpet and all that, and what we started this year with the CINEMAXXI sidebar competition. The auditorium and its two main screening facilities are a great space that lend itself to big galas and was in fact appreciated by those delegations who saw it for the first time. We could work on the red carpet, and embellish it a little bit, but I think that in terms of infrastructure we can rely on a remarkable place. [The auditorium was built by Centre
Pompidou architect Renzo Piano]. The MAXXI is the most important center for contemporary art we have in Italy, so we will definitely improve the experimental
sidebar taking place there and also work on something that can function throughout the year.

The gradual disappearance of small repertory cinemas has been accompanied by a mushrooming of film festivals beyond Italy. How do you interpret this phenomenon and what are the repercussions for the film industry?

As I was saying before, if a festival does not fruitfully relate to the wider world of cinema, it is a model that will not sustain itself on the long run. It cannot work unless a sort of film festivals confederation is formed so that festivals become an autonomous and independent reality, but this is something that should be coordinated and harmonized. The proliferations of many festivals in Italy is a symptom itself of all that that is not working. The pressing issue is not that of multiplying the number of festivals but that of having permanent sites for the consumption of cinema. In all the major cultural poles in Italy we should have a cinema of reference where the discourse a festival can initiate is then continued and capitalized upon. Rather than a multitude of festivals we could have a permanent and polycentric festival. There are at least ten Italian cities where it
could be done.

How would you describe Italian cinema to people unfamiliar with any contemporary filmmakers beyond Matteo Garrone and Paolo Sorrentino?

I would describe it with our selection and the verdict of the international juries here at the festival. None was expecting, not even us, that the juries would favor Italian films that are so different from each other and most importantly are different from what was successful in the past. “Ali Blue-Eyes,” for instance, which was awarded by two juries, represents a precise direction veering away from “neo-neo-realism” with a more piercing approach to reality. On the surreal side is the cinema of Pappi Corsicato, which gathered the curiosity of many here at the festival. It is paradoxical indeed that such an original filmmaker like Corsicato is not well-known abroad. And then of course there is the identification of Paolo Franchi on the international competition jury’s part as a director to look out for. The fact that his film [“E La Chiamano Estate”] was awarded not one but two prizes is, I believe, a clear message that the jury wanted to send out. We are talking about juries with international members, which pay testament to the fact that Italian cinema is not just a parochial affair doomed to the national market.

Diplomacy or artistic flair? What is more important for the artistic director of a film festival?

It is very important to be able to recognize original talents and then, of course, you need diplomacy in order to secure deals with producers, even because we’re talking about a festival with 60 world premieres. So you have to persuade them to choose Rome with all its peculiarities and also with some of its imperfections.

This Article is related to: Festivals and tagged Rome Film Festival