With this weekend’s release of director David O. Russell’s awards hopeful “Silver Linings Playbook,” Jennifer Lawrence is receiving arguably the best reviews of her short career — impressive considering the 22-year-old actress already has one Oscar nomination under her belt.

Lawrence had appeared in a modest number of independent films (and one notable TV series) when critics and audiences began to pay attention following her remarkable turn in Debra Granik’s grim 2010 drama “Winter’s Bone.” Shortly after, Lawrence catapulted herself to major stardom with back-to-back roles in “X-Men: First Class” and “The Hunger Games,” two franchises sure to keep her busy (and well paid) for years.

Yet instead of using this success solely to rack up A-list blockbusters, Lawrence, like her peer Kristen Stewart, has balanced her Hollywood momentum with low-budget independent work — including a starring role in Susanne Bier’s forthcoming film “Serena,” which reunites her with “Silver Linings” co-star Bradley Cooper.

In honor of what may prove to be the beginning of a long and prosperous (and award-winning) run for “Silver Linings Playbook,” here’s a look at the five independent films Lawrence appeared in on her way to what many are touting as a Best Actress performance come February. 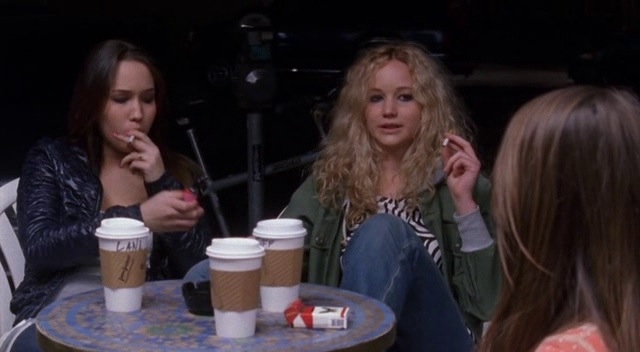 1. Garden Party (2008)
One of Lawrence’s earliest film roles is in Jason Freeland’s coming-of-age drama “Garden Party,” centered around a group of sexually-charged teenagers in Los Angeles. While Lawrence’s character Tiff is nowhere near front-and-center (her role is actually only a few minutes of screen time), she proved that she was able to hold her own among a large ensemble of actors that mostly faded into obscurity. Met with tepid reviews upon its release during the summer of 2008, and coupled with a box office of just over $20,000, “Garden Party” gave Lawrence a shaky showcase for her talents, but she emerged unscathed.

2. The Burning Plain (2008)
Lawrence next appeared in “Babel” screenwriter Guillermo Arriaga’s directorial debut “The Burning Plain” playing Mariana, the younger version of Charlize Theron’s main character. Arriaga’s film is admittedly uneven, and his penchant for relying on time shifts to propel the narrative forward is not as dramatically effective as it was in previous scripts, but the three lead female performances — from Lawrence, Theron and Kim Basinger (the latter both Oscar winners) — are all emotionally sound and quite moving. As a troubled teenager whose anger at her mother leads to tragic and unexpected results, Lawrence makes a large impression with what’s essentially another small role. Given Arriaga’s prior success, “The Burning Plain” received far more attention than “Garden Party,” and while the reviews were middling and the box-office take was low — considering it was never in more than two-dozen theaters at one time — Lawrence earned the film’s only award: the Marcello Mastroianni Award at the 2008 Venice Film Festival, which honors the best young actor/actress emerging from the fest. 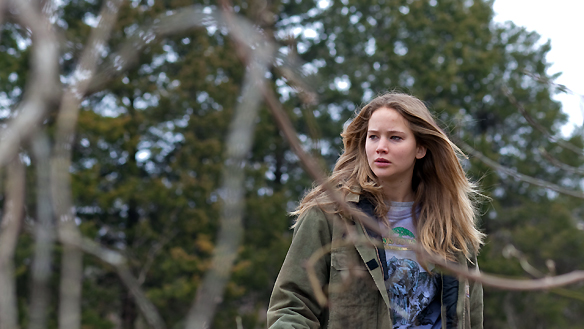 3. Winter’s Bone (2010)
Debra Granik’s staggeringly good second film brought the still-emerging Lawrence to the forefront for both critics and film fans. The acclaim pushed Lawrence into a world of responsibility and forced maturity in a way that oddly parallels her character, Ree, who has to abandon any notions of having a normal teenage life as she takes care of her two younger siblings in her parents’ absence. Granik films nature with a haunting and melancholic hue, and the supporting players — notably John Hawkes and Dale Dickey, who both picked up Independent Spirit Awards for their work here — are mesmerizing. But Lawrence remains at the center, managing to say much about her horrible situation with mere gestures and facial ticks. It was a performance met with nearly universal acclaim and, following an award for Best Breakthrough Performance from the National Board of Review, Lawrence hasn’t looked back. Good word-of-mouth and awards buzz kept the film in theaters for more than nine months, capped by an impressive $6.5-million gross, well past the film’s $2-million budget. It culminated with an Oscar nomination for best actress for the then-20-year-old actress, and, despite losing to Natalie Portman for her performance in the more grandiose “Black Swan,” she had established herself as a young actress that would be around for years to come.

4. The Beaver (2011)
Following the success of “Winter’s Bone,” Lawrence quickly became attached to play a major part in the revamped and recast “X-Men” franchise and landed the coveted role of Katniss Everdeen in “The Hunger Games.” Along the way, in the summer of 2011, the long-delayed drama “The Beaver” finally hit theaters. While most of the ink went to director Jodie Foster and the embattled Mel Gibson, Lawrence’s role as the love interest to Gibson’s son (played by Anton Yelchin), while not as a meaty as the one in “Winter’s Bone,” did provide her with some sweet but complicated scenes, even as Gibson pranced around with a puppet on his hand. Despite all the press and decent, but not incredible, reviews, “The Beaver” was not a success at the box office, and it seemed to cement the once-bankable Gibson’s fall from grace. Lawrence, though, rode the film’s sweetness and charm and once again emerged without a scratch. 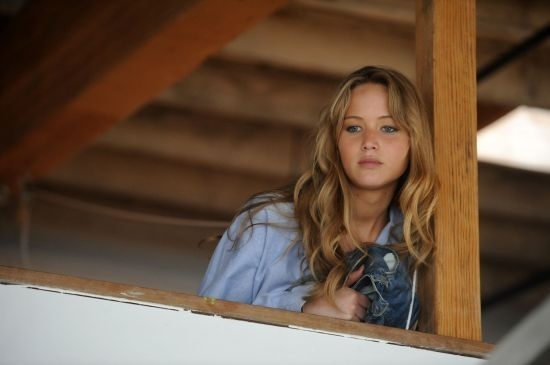 5. Like Crazy (2011)
Lawrence appeared in a small, but important, role in last year’s “Like Crazy.” The Drake Doremus-directed romantic drama re-pairs her with Yelchin as the “other woman” to Felicity Jones when, due to expired-visa reasons, the two leads attempt to sustain a long distance relationship between the U.S. and the UK. Jones is undeniably the star of the film, giving quite an underrated performance in an overall uneven film, but Lawrence makes the most of only a handful of scenes and gives a second dimension to a character that, on paper, could have existed as nothing more than filler or forced drama. Doremus mostly has her standing silently next to Yelchin during montages of teenage yearning, but she is finally given a chance to use that silence to shine when she discovers that he still loves the Jones character. Lawrence fills her eyes with a hurt that suddenly gives intensity and sympathy to a character the audience wants to root against — a feat that makes her one of the most memorable parts of the film despite only being in a handful of scenes, which has become something of a pattern for her.

This Article is related to: News and tagged Jennifer Lawrence, Like Crazy, Silver Linings Playbook, The Beaver, Winter's Bone