Watch: Go Behind the Scenes of 'Sunset Boulevard' and See the Classic in High-Def Glory For the First Time Ever (VIDEO) 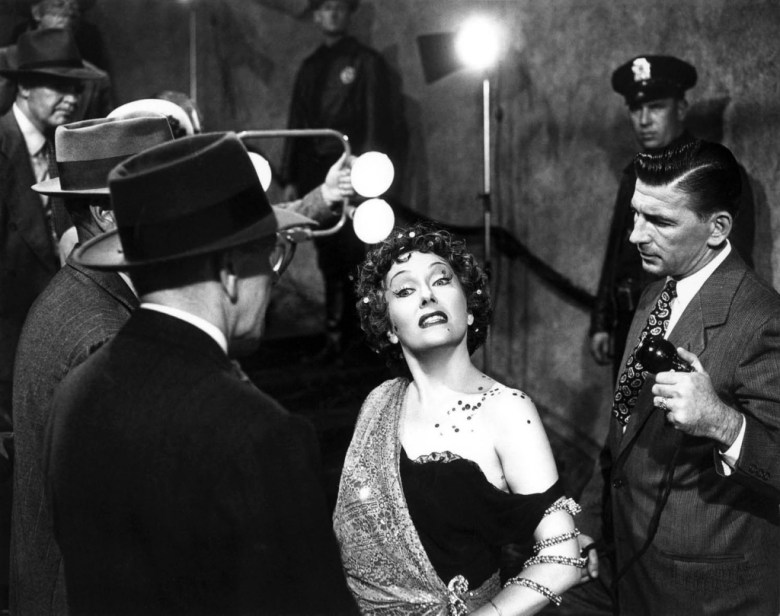 Continuing its ongoing centennial celebration, Paramount today releases Billy Wilder’s black-and-white masterpiece “Sunset Boulvard” onto Blu-ray for the first time ever. Boasting over two hours of bonus material that sheds light on the making of the classic and its history since its 1950 premiere (in addition to a stunning restoration job on the film itself), the release is a must-own for fans of the Oscar-winner.

Per Paramount, “the main objective of the restoration effort was to remain faithful to the distinctive look created by the director and cinematographer… The restoration team secured a vintage print made at the time of release from the Library of Congress to view and study the tones and extensively researched documentation from the production to accurately present the director’s original vision.  Although none of the original nitrate materials survive, the restoration team conducted a worldwide search for the earliest generation elements, ultimately using an acetate 35mm duplicate negative as a primary source for scanning at 4K to create the highest picture quality possible.”

Below watch two classic scenes from the film that showcase the restoration work, along with a clip from one of the special features included on the disc.

Film Clip: “I am big…it’s the picture that got small.”

Special Feature Clip: Discussion of the mansion and pool featured in the film.

This Article is related to: News and tagged Blu-ray, On Blu-Ray, Small Screens