Watch: The Video Mayor Bloomberg Needs to Respond To (Video) 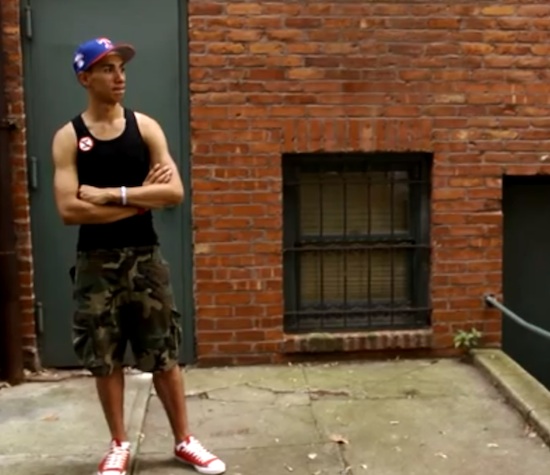 Last month, The Nation uploaded a video to YouTube made by filmmaker Ross Tuttle, that explored New York City Police Department’s controversial stop and frisk policy.  A few weeks later, the video has over 750,000 views.  The stop and frisk policy allows police officers to more easily stop and search “suspicious” people in the streets of New York.  The policy has come under fire by activists including the NYCLU for allowing New York cops to racially profile New York citizens.

The video, which you can watch below, focuses on Alvin, a young man who after being stopped and frisked by cops in his Harlem neighborhood, finally had enough and recorded one of these confrontations.  In the audio clip, the cops call Alvin a “fucking mutt,” threaten to break his arm and make fun of him for his class position, laughing at his father for “just” being a traffic cop.

Tuttle also found several police officers that were willing to talk about the quotas and widespread failed execution of the policy.

The video, in its first few weeks, was a centerpiece of a few meetings of city council members.  While current mayor Michael Bloomberg has stood with Police Commissioner Ray Kelly in defending the policy time and time again, Christine Quinn, who it is presumed Bloomberg will endorse to take over his role, came out in support of reform of the policy. (This is covered, ironically, by Bloomberg News).

As the city focuses much of its efforts on rebuilding neighborhoods ravaged by Hurricane Sandy, it would be a shame if the horrific realities of this policy, exposed by Tuttle’s video, were ignored.  Indiewire spoke to Tuttle about the video he hopes can make a change.

How did you come to make this video?

I got a grant to make a video about this issue, about a year ago, before things got really intense with the issue.  Shortly after, there was an announcement from a judge that she was going to certify a lawsuit that challenged the constituionality of the process.  A dozen or so organizations that were concerned about it wanted to get word out about it.  They put me in touch with a college student, Erin Schneider, who was making a film in the subject.  Whe had come across this audio while she was in the activist circle.  Strangely, it didn’t get out or catch on – they knew about it – she put it in her film, which i saw.  I talked to her about doing something more, a more targeted, focused piece that included an interview with the kid and interviews with police officers.

How have you been working with the activists on this project?

A lot of the activists have been using video in their work.  They’ve been bringing a video camera around and announcing their presence, as a deterrent.  It’s a way of saying we’re here, we’re watching you, don’t even think about violating this person’s rights.  For the person who’s being stopped for their own legal purposes, they will have evidence of these actions.  That stuff, which was then placed on the Internet, didn’t translate that well for people unfamiliar with the issues.  My sense was – in looking at all the stuff that was out there – if you’re a well-to-do white person living in Manhattan and you look at a video shot from a distance and it’s the police shaking somebody down.  After that, you’re going to be neutral on the issue.  We needed to put this in the right context.  So Erin worked to find Alvin’s family and made the interview happen.

How did the video catch on?

World Star Hip Hop shared it.  It was on Reddit. A lot of people were really outraged.  After Lupe Fiasco tweeted it, people were coming up to Alvin at school.  This demonstrates that [Stop and Frisk] is not a polite encounter.  What it also shows, according to the testimony of the officers, is that this happens a lot.  According to what we were told by the officers, they’re being told by their bosses to do this more.  They’re being rewarded for getting a high number of stops, summonses, certain types of arrests. If they don’t, they’re denied certain things; they become marginalized in their precinct.

This Article is related to: News and tagged Activism, New York City