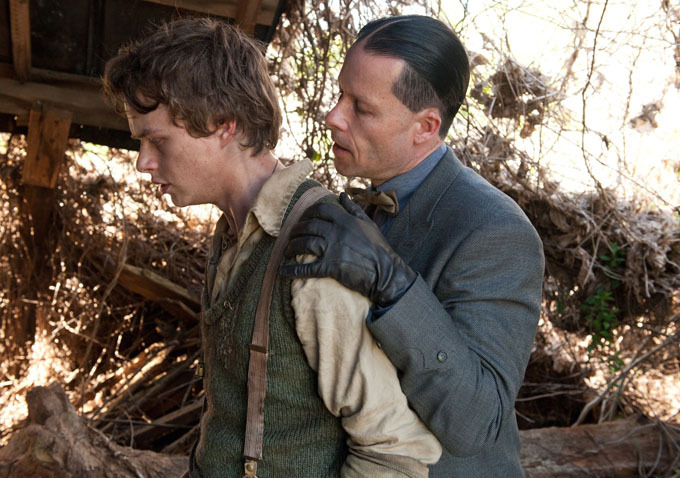 This week on DVD/Blu-ray: John Hillcoat’s brutal follow-up to “The Road”; the latest from the studio that brought you “Coraline”; the complete first (and only) season of Michael Mann’s HBO show; and an end-of-the-world saga for action lovers.

If you thought director John Hillcoat’s follow-up to his stellar film adaptation of Cormac McCarthy’s “The Road” would be any less bleak, you’re in for a surprise. In chronicling the action-packed exploits of the bootlegging Bondurant brothers in “Lawless,” Hillcoat packs the grim film with violence sure to upset the casual viewer. That doesn’t mean the period thriller, based on Matt Bondurant’s 2008 novel “The Wettest County in the World,” isn’t worth your time — it is. Just be prepared for a bruising. Set in an expertly rendered Prohibition-era Virginia, “Lawless” stars Shia LaBeouf, Tom Hardy, Jessica Chastain, Mia Wasikowska, Gary Oldman and Guy Pearce.

Extras: Audio commentary with Hillcoat and Bondurant; 8 minutes of deleted scenes; a 6-minute look into the county’s history and current state; a 12-minute featurette on the Bondurant family; and the music video for “Midnight Run” by Willie Nelson.

READ MORE: REVIEW: ‘ParaNorman’ Is a Stop-Motion Feast For the Eyes, Less For the Soul

Extras: Audio commentary with Butler and co-director Sam Fell; a comprehensive 40-minute making-of featurette; a 9-minute preliminary animatic sequence; 14 minutes of additional featurettes; and a DVD version of the film with the Blu-ray release.

The HBO series “Luck,” the brainchild of “Deadwood” creator David Milch and “Miami Vice” executive producer Michael Mann, will likely go down as a promising show that could have been one of the greats had it stuck around (it was infamously cancelled after activists from People for the Ethical Treatment of Animals and the American Humane Association successfully lobbied against it following the on-set deaths of three horses). See what could have been by watching all nine audacious episodes of the horse-racing series that features a stellar, first-rate cast headlined by Dustin Hoffman, Nick Nolte, Dennis Farina and Kevin Dunn.

If you thought “The Road” lacked action but was otherwise pretty solid, then you’ll eat up “The Day,” a gloomy post-apocalyptic actioner that boasts the uplifting tagline: “Fight. Or Die.” The film centers on five survivors (Shannyn Sossamon, Dominic Monaghan, Shawn Ashmore, Ashley Bell), who, with the help of shotguns, axes and machetes, duke it out with a band of ruthless predators on their tail.

This Article is related to: Features and tagged Lawless, Luck, New On DVD, On Blu-Ray, ParaNorman, Small Screens, The Day