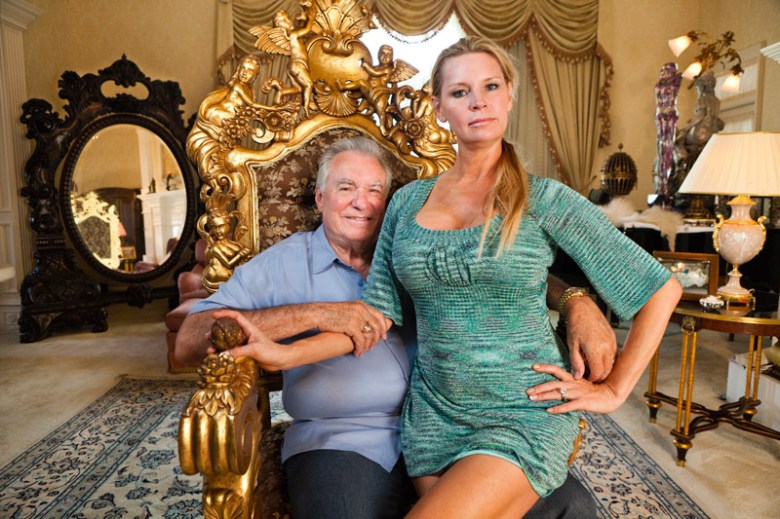 #1. “The Queen of Versailles” Criticwire Page

Acclaimed documentary filmmaker and photographer Lauren Greenfield (“THIN”) didn’t know what she was getting herself into when she approached billionaire Jackie Siegel (wife to timeshare titan David) at a party hosted by Donatella Versace. Greenfield’s initial intention was to photograph Jackie for a photographic work about wealth, consumerism and the American Dream. But as soon as Greenfield found out that the Siegels were in the midst of building the biggest home in America, she picked up her movie camera and began to document the family’s day-to-day routines.

Cut to five years later and the result of their time spent together, “The Queen of Versailles” (the Siegels modeled their new home on the French palace of Versailles), which has a twist in the tale none of them could see coming — the family ended up in dire financial straits as a result of the 2008 stock market collapse. What began as a study of unimaginable wealth became a timely expose on our current financial climate. “After the suave confidence David displays in earlier scenes, his face starts to sag under the pressure of evident defeat,” wrote Eric Kohn in his review out of Sundance, where the film kicked off the festival earlier this year. “Beyond the schadenfreude-like kick of watching unmitigated royalty crash and burn, the gradual unraveling of Siegel’s lifestyle puts the shock effect of the 2008 recession into sensational physical terms. When the family’s capitalistic delusions melt away, the saving grace of ‘Queen of Versailles’ arrives when Siegel’s confidence crashes even harder than his bank account.”

“Welcome to the Dollhouse” provocateur Todd Solondz is back portraying angst-riddled outcasts in “Dark Horse,” his warm follow up to last year’s “Life During Wartime.” The drama tells the story of a lonely collector named Abe (Jordan Gelber) who tries to romance a drug-addled woman (Selma Blair) he meets at a wedding. Both quietly sad and unexpectedly witty, it’s quintessential Solondz — in other words, another divisive work.

READ MORE: Todd Solondz on ‘Dark Horse’ and His Career: ‘Expectations work against me.’

“Clueless” director Amy Heckerling reunites with that film’s star, Alicia Silverstone, for “Vamps,” a tongue-in-cheek New York comedy that centers on — you guessed it — vampires. Silverstone and Krysten Ritter star as undead vampires frozen in their dating years but bored by contemporary metropolitan life. Under the guidance of their chief vampire (Sigourney Weaver), the duo look for ways of ending their dry spell. “Heckerling’s screenplay strikes an odd satiric tone that’s both sincere and sinister, as the filmmaker sinks her teeth into the myth of chic urban life and at the same time celebrates it,” wrote Kohn in his review. “Compared to the market standard for vampires these days — you know the franchise I’m talking about — Heckerling’s sly treatment of the material is a welcome cut above.“

READ MORE: Taylor Kitsch Talks His Bad Run at the Summer Box Office at NY ‘Savages’ Premiere: “I’d do it all over again.”

This Article is related to: Features and tagged 2 Days in New York, Dark Horse (2011), New On DVD, On Blu-Ray, Savages, Small Screens, The Queen of Versailles, Vamps