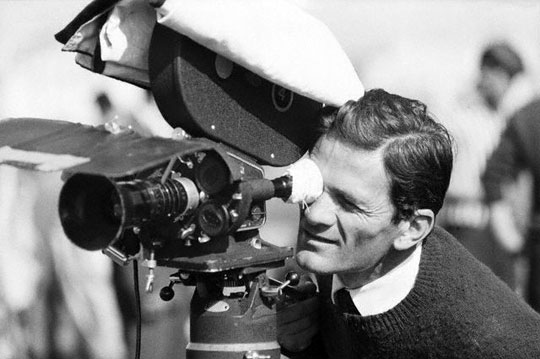 For Pier Paolo Pasolini, cinema represented a sort of aggregator, gathering together his passions and insecurities alike. In his relatively short life — he died under mysterious circumstances in 1975 at the age of 53 — he had been a poet, filmmaker, journalist, playwright, social commentator, film theorist and novelist. While he claimed to have harbored aspirations of directing films his whole life, Pasolini only approached the seventh art in his forties. As a result, his filmography mirrors the wide range of preoccupations that preceded it. The subject of an adulatory retrospective at the Museum of Modern Art that starts today and continues through January 5, his popular status among the international film community is rather curious since Pasolini never tried to please or charm his audiences.

Compared to the dreamy tales of Fellini or cool, modernistic alienation of Antonioni’s films, Pasolini’s output possesses a less immediate appeal. His early films are coarse, irredeemable stories sculpted by the pain of marginal characters living on the fringes of a rapidly changing society. In both “Accattone” (1961), his debut, and “Mamma Roma” (1962), the Italian director observes the ordinary misery of social misfits but frames it with an almost religious eye.

In the abjection of the defeated, Pasolini sees a sacred beauty and uses the symbols of Christian iconography to capture it. Considered by the director as the victims of progress and industrialization, the “untouchables” of the Roman ghettos are his muses. But unlike the neo-realism of Rossellini, in Pasolini’s films (often acted by non professionals) there is no room for benevolence or happy endings; the cruelty of life always takes its toll.

It is perhaps this unpolished vision of Italy and Italians, so removed from the glamorous and empty antics of “La Dolce Vita,” that keeps attracting cinephiles the world over. Additionally, there’s the controversial life of the figure behind the camera: Openly gay, an outspoken critic of both Catholic and communist vices, Pasolini remains a unique and divisive figure within Italian cinema. In one of his best films, “Comizi D’Amore” (1963-64, “Love Meetings”) holidaying men and women are interviewed about sexual preferences, marriage and love. Completely devoid of journalistic objectivity, “Comizi D’Amore” shows Pasolini’s profundity and prescience at its unfiltered best.

Capturing Italians at a crucial juncture of their cultural history — caught between a rural economy and a consumer society — this lesser-known documentary epitomizes Pasolini’s main socio-aesthetic concerns: the changing habits, sexual and otherwise, at the hands of progress in a country stunned by the converging religions of Catholicism and Consumerism. Pasolini saw — in the advent of consumer society — further moral corruption parading as freedom, rather than authentic liberation. 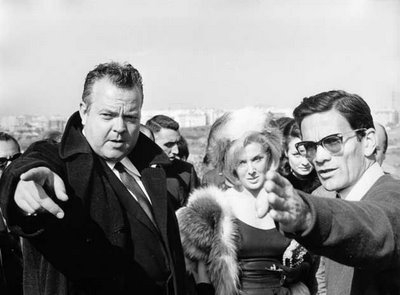 The upcoming retrospective at MoMA includes rarely seen shorts and documentaries. “La Ricotta” (1966) stars Orson Welles trying to direct a crucifixion scene while all around him chaos and negligence reign. A random commoner, in the role of Christ, will die for real on the cross due to a ricotta-cheese indigestion.

Even more interesting is “Cosa Sono Le Nuvole?” (1968, “What Are The Clouds?”), in which Italian comic icon Totó and Pasolini regular Ninetto Davoli impersonate two puppets. After having acted in the Shakespearean tragedy “Othello” in a small provincial theatre, the two puppets are thrown away. Once outside, lying in a dump facing the sky, Totó-Iago explains the meaning of clouds to Ninetto-Othello. “The clouds are all that is splendid and mysterious in life,” Totó-Iago explains, “as you are about to grasp their essence they vanish.” It is often in these minor works and his documentaries that Pasolini’s poetry emerges. The later part of his cinematic career, in sharp contrast to his journalistic activity, was fact be characterized by obscure and often impenetrable symbolism.

As the sixties neared their political peak, Pasolini’s ideological biases invaded his cinema, for better or worse. He would famously side with riot policemen during student clashes in 1968, claiming that they were the “real” proletariats. Despite his populist pronouncements, the films of that period grew more intricate and self-referential.

These include “Uccellini e Uccellacci” (1966, “Hawks and Sparrows”), “Teorema” (1968, “Theorem”) and “Porcile” (1969, “Pigsty”) reflected on the death of ideology at a time when many still believed in a brighter, revolutionary future. His growing disillusionment towards any possible social alternative culminated with his “Trilogy of Life”: Between 1971 and 1974 Pasolini directed “The Decameron,” “The Canterbury Tales” and “Arabian Nights.” Indulging in exotic escapism, these three films celebrate life through the sexual act. Veering away from the realism of his early films, the director finds shelter in the archetypes of ancient myths and classic novels. Unfortunately, these three films are weak, inconsequential works suffering from esoteric pretensions.

Pasolini’s cinema is strongest when it retains a cogent analysis of the issues that interested the director. For instance, the unfinished and posthumously assembled “La Rabbia” (1963, “The Anger of Pasolini”) shows how penetrating and acute his readings of global issues could be. Exploring the most topical events of his turbulent times, from the Cuban Revolution to the crowning of Queen Elizabeth, “La Rabbia” is a wrathful and coherent rant against the injustices committed by man against man.

Similarly, “Le Mura di Sana’a” (1971, “The Walls of Sana’a”), shot while scouting for locations in the Middle East, presents a filmed plea to UNESCO asking to preserve the immaculate historical center of the Yemeni capital. Left untouched from the middle ages, the historical palaces of the city of Sana’a faced threats of demolition by a corrupt and heedless local government. Once again Pasolini films, and ponders on, the perplexing ability of man to create and mindlessly destroying beauty.

Combining existentialism with political commitment, unorthodox Marxism and Christian blasphemy, Pasolini traversed a crucial period in Italian history. While his weekly columns for the national newspaper Corriere Della Sera became the focal point of sharp analysis, his films increasingly verged on defeatist, exotic and often self-deprecating tones. Consumer society, Pasolini had warned, devours its disobedient children. At times one has the sensation that the director himself in his films is complacently accepting this catastrophe rather than opposing it.

Nothing best illustrates this attitude than his final, infamously grim film, “Saló e le 120 Giornate di Sodoma” (1975, “Saló or the 120 Days of Sodom”). In this pessimistic work, Pasolini equates fascism and consumerism. Beyond its graphic provocations, the movie is the unequivocal testament of a man who has clearly lost any hope. The funereal tone perfectly sums up the abrupt tragedy of his premature death. Pasolini’s murder is still surrounded by sinister enigmas and unsolved investigations. Almost 40 years before Matteo Garrone’s “Reality” (which hits U.S. theaters next year), Pasolini understood that the (numbed) future of Italy was in front a TV screen. He may have been right about the triumph of consumerist society, which has now even subsumed his own legacy: The Pasolini retrospective running at MOMA is, ironically enough, sponsored by the luxury brand Gucci.

This Article is related to: Reviews and tagged Matteo Garrone, MoMA