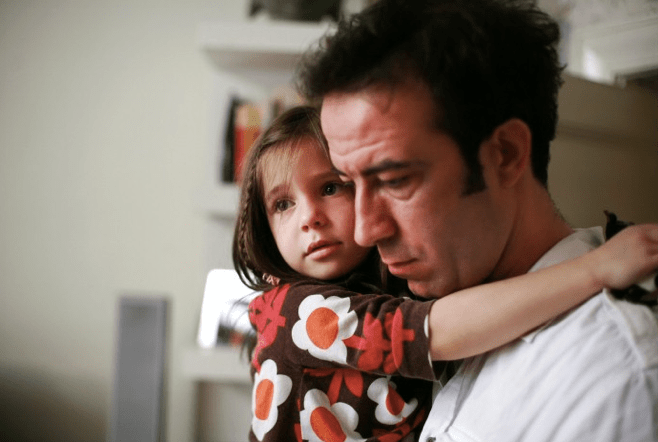 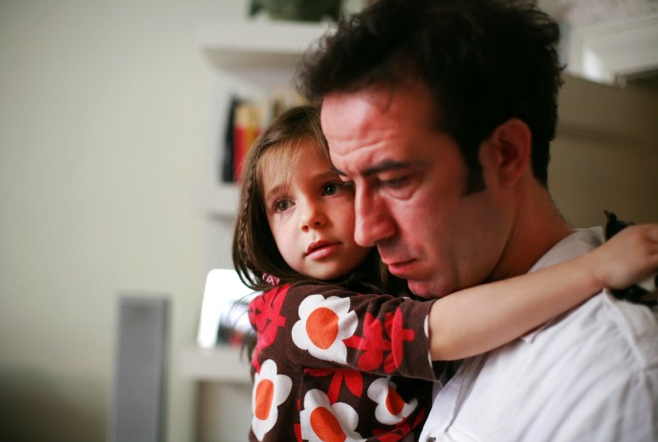 When distributors hover in lobbies between film festival screenings, there’s a common refrain: “I love it, but it won’t perform.” Variations include “It’s just not commercial” and “How the hell do you cut a trailer out of that?” While there are always bold distributors who release eclectic programming, a number of excellent movies remain without homes at the end of the year. Even as VOD platforms become more crucial in the festival film lifecycle and microcinemas have made a comeback in a handful of major cities, the market is product dense.

And within that group is a subset of undistributed films that enter a mythological stage, spoken about in hushed tones by the privileged few lucky enough to have seen them and willing to spread the gospel. This is where criticism takes on the dimension of advocacy.

Of course, not every filmmaker makes movies with an eye toward commercial potential — just ask the dozens of artists featured in avant-garde sidebars at various major festivals this year. So, instead of bemoaning the lack of distribution for the latest offerings from fixtures like Ernie Gehr and Nathaniel Dorsky, this list is reserved for movies that played at festivals in 2012 alongside breakout hits like “Beasts of the Southern Wild” and “How to Survive a Plague” but were less fortunate in their quests to wind up in theaters. Memo to distributors: It’s not too late to take another risk.

“Everybody in Our Family”

A masterwork of black comedy and suspense, director Radu Jude’s “Everybody In Our Family” typifies the best qualities of contemporary Romanian cinema. Tense to the point of exhaustion, brilliantly shot to evoke a real-time effect and filled with immersive long takes and naturalistic performances, Jude’s third feature (following “The Happiest Girl in the World” and “A Film For Friends”) chronicles the dissolution of family bonds with relentless innovation. Even when heartbreakingly honest and sad, it still manages to sustain a sense of hilarity.

In terms of precedents, “Everybody In Our Family” calls to mind Radu Muntean’s recent “Tuesday, After Christmas,” which brings a similar approach to its portrait of a crumbling marriage. Narratively speaking, “Everybody in Our Family” is an unofficial sequel: With different characters, Jude’s story picks up where “Tuesday” left off, following deadbeat dad Marius (Serban Pavlu) as he comes to terms with the recent separation from his wife Otilia (Mihaela Sirbu) and their five-year-old daughter Sofia (Sofia Nicolaescu). Radu establishes that conundrum in clean, linear terms before taking a sharp turn into chaos.

Amy Seimetz’s directorial debut is a vivid, suspenseful noir set against a sweltering backdrop of a barebones Florida crime saga. “Two-Lane Blacktop” by way of “Bonnie and Clyde,” Seimetz’s pulpy tale follows lovers Crystal and Leo (perennial character actress Kate Lyn Sheil and microbudget filmmaker Kentucker Audley) on the lam for mysterious reasons only vaguely made clear near the end of the first act, but even then much of the drama remains ambiguous. Sheil’s performance, all scowls and muffled shrieks, provides the ideal counterpoint to Audley’s muted delivery. From the shock of its opening shot to the tension of its closing moments, “Sun Don’t Shine” conveys mood so eloquently that it’s easy to get lost in the proceedings without realizing that so little has happened. It’s one of the most impressive debut features to come along in years.

Guided into existence by producer Naomi Kawase, Pedro González-Rubio’s tender look at the handful of aging residents in a remote village hidden deep within a lush forest is one of the saddest, most poignant snapshots of mortality in recent memory. While the director’s “Alamar” captured a child’s wonder for the beauties of nature, his subjects here express a burgeoning fear of becoming consumed by it. The film explores this fate with the extraordinary serenity in its poetic final shots, which drift slowly beyond the tiny enclave to encompass the dense shrubbery surrounding it. A solemn look at how rural life can lead to feelings of abandonment, “Inori” views old age as a transitional point, as its subjects grasp for the remaining shards of a transient world that has already faded from view.

Even more than his excessively prolific colleague Joe Swanberg, director Frank V. Ross is a true American independent: His chatty, meandering films are low-cost affairs with a precise style that reflects the filmmaker’s control. While essentially character studies, Ross draws you into the flow of behavior with an observational technique that recalls Robert Altman; the narrative emerges from watching people go about their often-frantic lives. “Tiger Tail in Blue,” which until its MOMA screening has only been viewed online (it premiered on the website No Budget), presents the finest qualities of Ross’ perceptive approach to familiar dramas. Ross stars as Christopher, a struggling writer whose nights are consumed by a deadbeat waiter gig, preventing him from spending anything but a few hours with his high school teacher wife (Rebecca Spence). As a result, he latches onto the flirtatious advances of his co-worker (Megan Mercier). Alternating between these settings, “Tiger Tail in Blue” benefits greatly from John Medeski and Chris Speed’s expressive soundtrack, which ekes out emotions that Ross’ characters never fully verbalize. The movie is delicately scripted to give the perception of building up to some kind of climax, to the point where even when it arrives at an obvious twist, the subtlety of reactions infuse the material with surprising depth. While Christopher constantly attempts to joke his way out of difficult situations, Ross keenly shows the limitation of humor to mask unspoken insecurities.

Documentarians Jonah Bekhor and Zach Math explore the peculiar story of the Icelandic Phallological Museum, a fancy title for an elaborate penis collection from every type of mammal — except human. The quest by the museum’s worldly caretaker to fill that void forms the bulk of this entertaining documentary, which gets particularly bizarre when a pair of men compete for the honor of donating their specimens (with one of them volunteering to do it while he’s still alive). But the real shock of “The Final Member” is not its subject matter but the straightforward approach the filmmakers take when exploring it. This is a story of obsession and convictions — both for the collector and the virile men willing to help him out — that easily endears itself to viewers drawn into its drama. That being said, gender studies nuts will be smitten.

Visit the Criticwire page here. No trailer available at this time.

Musician-turned-filmmaker Cory McAbee’s first two movie musicals, “The American Astronaut” and the episodically distributed “Stingray Sam,” brilliantly melded a concept-album approach with expressionistic sci-fi imagery to create a unique form of pop art. At just under an hour and driven by the thinnest of stories, his third feature “Crazy & Thief” is stylistically distinct from the earlier efforts but still hails from the same enjoyable realm of musical fantasy.

Shot on the cheap and co-starring his two very young children, “Crazy & Thief” is a gentle treat for McAbee enthusiasts and a mildly curious study of juvenile behavior for everyone else. Adorable to the extreme, the movie centers around McAbee offspring Vy and John, alternately identified by the titular names as well as “Johnny” and “Yaya,” informal designations that fit their youthful spirit. Wandering down a Brooklyn street with nary an adult in sight, Vy draws a “star map” on coloring paper and announces that the duo must follow its outline to discover stars throughout the city. Don’t think about it too hard: As with McAbee’s previous efforts, the premise quickly gives way to the bouncy rock melodies of the director’s band, The Billy Nayer Show. McAbee’s rhythms and repetitive lyrics are immanently catchy, and he applies them to movement with a seamless integration that shifts the experience from literal to poetic.

Greek director Athina Rachel Tsangari’s terrific coming of age drama “Attenberg” was largely about a young woman coming to terms with her body. While playfully irreverent and sometimes borderline surreal, “Attenberg” nevertheless rooted its exploration in a conventional storyline made fresh. Tsangari’s 35-minute avant-garde follow-up “The Capsule,” one piece of an installation work commissioned by the DesteFashionCollection, advances similar ideas in lively, shocking abstractions. It is truly a capsule of the filmmaker’s vision boiled down to radical expressivity. Commissioned by art collector Dakis Jaonnaou, “The Capsule” is less pure cinema than a mixed media deliberation on identity. Eventually a lesbian vampire dance piece about bodily urges, “The Capsule” cogently explores the ability of material objects to relate sensuality through their reflection of otherwise inexpressible desires. A feminized take on Matthew Barney’s “Cremaster Cycle” in a tightly wound half-hour experience, “The Capsule” is finally about a universal moment of revelation. “You don’t know what you are,” the leading lady eventually tells her followers. “You are woman.” While she cautions them that “this infinite cycle must end,” Tsangari in fact shows it in a constant state of renewal. The film screens next month at the Sundance Film Festival.

Read the full review here. Visit the Criticwire page here. No trailer available at this time.

“Gebo and the Shadow”

Yes, at 103, Portuguese director Manoel de Oliveira is the oldest working filmmaker. It’s not so easy to ignore this fact when you look at his fascinating output, which remains formally challenging, philosophical and distinctly mysterious at this late stage of the game. While not as audacious as last year’s “The Strange Case of Angelica,” Oliveira’s adaptation of Raul Brandao’s play is a lovely treatise on the claustrophobic limitations of daily life. Largely set in a single room as its subjects gaze into the distance and bemoan their impoverished existence, the movie features brooding turns by Jeanne Moreau and especially Michael Lonsdale in the title role. The tale of an elderly French family whose son went missing long ago, its modicum of plot involves the arrival of the downtrodden young man (Ricard Trepa, Oliveira’s nephew) as he attempts to rob his hardworking father of cash. A pensive chamber drama of the highest order, “Gebo and the Shadow” excels at creating a deeply melancholic atmosphere and hugging it tightly.

Visit the Criticwire page here. Watch the trailer (not in English, but very colorful) below:

More than once in “Tower,” the discomfiting first feature from Canadian writer-director Kazik Radwanski, 34-year-old loner Derek — memorably played by newcomer Derek Bogart — issues a dubious refrain: “I don’t want you to think I’m some sort of weirdo,” he says. Of course, that’s all anyone thinks of this squinty-eyed, cartoonishly bald and finicky bachelor as he juggles odd jobs while living with his parents. Getting uncomfortably intimate with Derek from the first scene of “Tower” until its last, Radwanski dares the audience to feel differently about him. It’s no easy task.

There are moments in Omar Rodriguez Lopez’s “Los Chidos” so extraordinarily vulgar you can’t describe them without sounding as loony as the movie. The bastard love child of John Waters and Alejandro Jodoworsky, the Mars Volta frontman’s batshit-crazy spin on the telenovela includes a graphic scatological meal, incest, severed penises in jars, inexplicable cannibalism and intentionally amateurish dialogue that’s obviously dubbed. It’s littered with ugly stereotypes delivered in the service of crude satire. Relentlessly outrageous, it’s also a lot of fun and not without a point. “Los Chidos” keenly assaults its main target — male chauvinism — with a series of a wild provocations at times hard to watch, but impossible to forget.

Visit the Criticwire page here. No trailer available at this time.