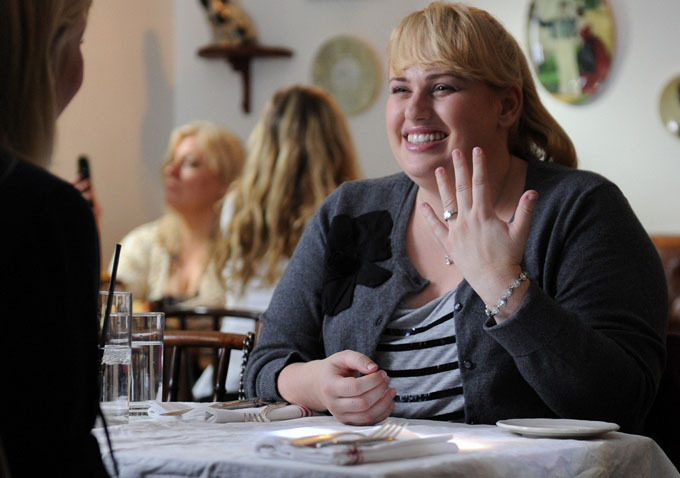 Honor Roll is a daily series running throughout December that features new or previously published interviews, profiles and first-person stories of some of the year’s most notable cinematic voices. Today, we’re re-running an interview we did at the 2012 Sundance Film Festival with one of 2012’s biggest breakout stars, Rebel Wilson, before “Bachelorette” and “Pitch Perfect” opened.

Since breaking out with a scene-stealing turn as Kristen Wiig’s roommate from hell in “Bridesmaids,” Australian comic Rebel Wilson has made good on her early promise by landing roles in a slew of Hollywood projects, including Chris Colfer’s well-received screenwriting debut “Stuck By Lightening” (which premiered at Tribeca), the musical comedy “Pitch Perfect,” and the scathingly hilarious “Bachelorette” (out on VOD now and in theaters next month).

For Wilson, Becky marks a change of pace for the actress, who until now has served as the comedic supporting player. She gets to let loose as Becky’s wedding spirals out of control, but the character comes out as the sanest and most level-headed of the bunch, and serves as the dramatic anchor for Headland’s film.

Following the comedy’s world premiere at Sundance earlier this year, Indiewire sat down with Wilson to talk about her “Bridesmaids” role, how she broke into the American market and the film she’s most excited to share with her ever-growing fan base. 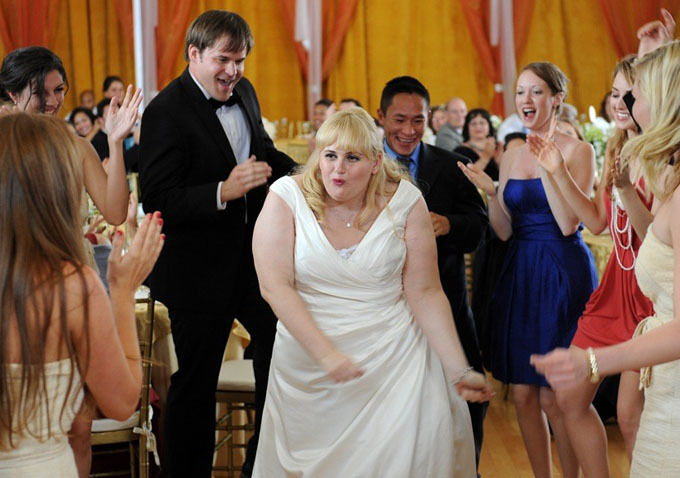 So in reading up on you, I was surprised to learn that you studied law in university.

And you also had a thing for mathematics. Well, according to IMDb.

Well, I was super academic. I don’t know where a lot of it comes from. All my family has very good mathematical abilities — like, so dorky. I was the dork then in school — on any maths exams I’d get 100%. I just knew how to do maths and most people would hate it but for some reason it just came. I actually first wanted to be an actuary.

Forgive me for sounding dumb, but what’s an actuary?

An actuary is someone who works for big companies and works out mathematical equations and stuff about statistics and tells them what they should do. I think comedy is way better. But then I got into debating and public speaking when I came out of my shell a bit, so I thought I’d be kickass lawyer. And at the end of high school in Australia, I got into the best law school in Sydney.

Yeah. When you finish high school you get scored out of 100. And you need to get over 99 to get into that law school. I’m competitive. But instead of going straight to law school, I was a youth ambassador and lived in South Africa for a year spreading goodwill.

For a whole year!

Yeah, because I really do think law or politics was where I was headed. You went on lots of different tours as part of your job. On one tour in Mozambique I got malaria really bad which kills people all the time in Africa.

You didn’t get shots before going down?

No, because some strains are resistant to the pills and the pills can do terrible things to you, and so I didn’t. I went to a hospital in Johannesburg and the way they treat you is with very, very powerful drugs and intensive care. I lost my hearing for two weeks! I was in the hospital bed hallucinating on drugs. I hallucinated that I was an actress and that I won an Oscar and instead of doing an acceptance speech, I did an acceptance rap and the crowd loved it.

What was the rap? Can you recite it?

I can actually kind of remember it, it was like: “Listen up y’all, I got something to say, it’s about this award, that I won today…”

It went on, I don’t know how I can remember, because I was gone. I was very, very ill. I recovered a few weeks later and went back to Australia and started acting classes. And I still did law school during the day and did acting at night and thought — I thought it was a sign. And people thought I was crazy…

I told my family and they’re like, “What?! You’re going to be a great lawyer.” And I would have been. I would have been excellent. They could not believe it. Nobody thought I would be good [at acting]. I thought I’d be really bad, and I probably was when I started. But then very quickly, I just took to it. I became a writer/performer because I quickly realized no one’s going to cast me as an actress. So I started writing my own plays.

Did writing just come to you naturally?

I went for a few auditions for local plays in Australia, but they wouldn’t think twice about casting me. I thought, I’ll write my own play for myself and put myself in it and everyone can see how funny I am. And it worked! The first play I wrote, I wrote in two nights and it was a big hit in Sydney. It had four seasons in the first year. 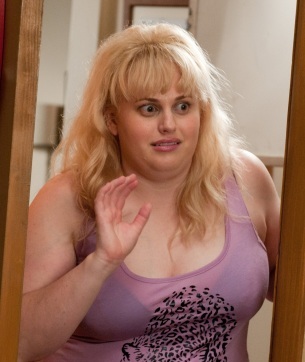 So how did “Bridesmaids” come to be?

Well, I did a show in Australia that I wrote and produced also called “Bogan Pride” that was a musical. It was just a little show in Australia, but industry people saw it in America and so I came over and got representation at WME. In order to get the visa, you have to get a job offer. And I actually got offered “Party Down,” that show that Lizzy’s [Caplan] in.

Yeah, both Lizzy and Adam Scott from “Bachelorette” star in that show.

Yeah! I was going to play Ken Marino’s girlfriend. So you have to go back to Australia to get your visa. It’s a whole mission. They don’t let anyone work in America. I got the visa called “Alien of Extraordinary Ability,” which is hilarious sounding. And so I went back and I called the Australian consulate, I’m like, “Former Youth Ambassador Rebel, can you like…”

But there was a system: someone at SAG has to watch your showreel. That’s one of the requirements. That and something else held up the time and I missed it by two days to come back and do “Party Down.” I was like, “Nooo my first job! I may never get offered a job in American again.” But soon after that, they got me auditioning and one was for “Bridesmaids.” I went in and I improvised for like an hour.

With “Little Britain” star Matt Lucas, who plays your brother in the film?

No, he wasn’t there. Kristen [Wiig] had flown from New York and she was just there sitting on a chair. And I was late to the audition too and then Judd Apatow was there and Paul Feig, whom I loved from “Freaks and Geeks.” And so I went in and I had prepared the Melissa McCarthy role. It was a stand-out role — when you read the script, you’re like, “Oh my god, that role is excellent. Anyone who gets that is going to be shot.”

They just had me improvise. Judd goes, “Tell Kristen about your love life. Go.” So I just started talking to her and also being comic and stuff, to start formulating jokes. And they just kept me going… it was insane. I was like, what is going on? The next day, there was an email coming through saying, “We’re going to give that part to Melissa McCarthy but we’re going to add Rebel in and do this thing with Matt Lucas.” 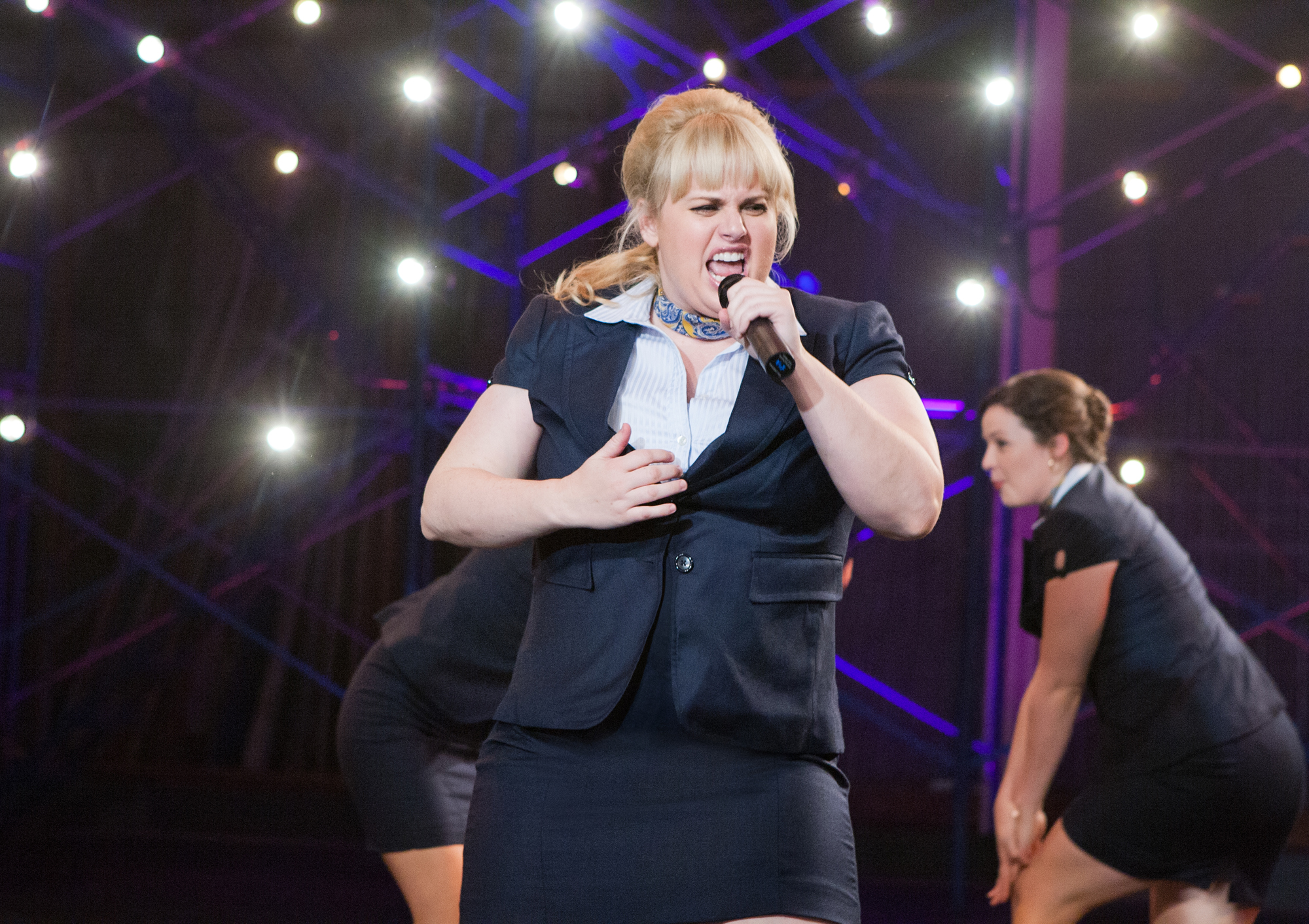 So, did they actually write a part for you and him based on your audition?

Yeah — instead of one roommate, it was one male roommate, and then they added me.

You must have felt pretty honored.

Yeah, because Paul had written “Freaks and Geeks” and it was so good, it was really my style, that show. And then Judd of course, his movies — we just watch them in Australia and go, “Oh, that’s so funny, that’s so modern.” I remember thinking, “Wouldn’t it be so cool to be a part of that gang?” And then the first job I get is with them.

The pairing of you and Matt together was so perfect. You seem to share similar comic sensibilities.

He’s British but bizarrely people thought I looked a little bit like his character in “Little Britain” because I love wearing tracksuits. It’s weird and coincidental that we get to play brother and sister.

Since “Bridesmaids” you haven’t stopped working.

Yeah, I’ve got six movies coming out this year, which is really good.

In “Bachelorette” you play the character who dramatically anchors the film, a total departure from your breakout role.

Usually, I’d be the crazy, zany sort of character. When I read the script, I actually wasn’t too sure because there were some really dark bits. In the original script, Becky was bulimic. I loved everything but I’m not that sane and don’t know whether I could play a character that glamorized bulimia. She had this big speech about how awesome it was. Thankfully, it got cut.

Of the films you have coming up, which one are you most exciting to share with your fans?

Do you sing in it?

Yeah. Jason Moore the Broadway director directed it. He did “Avenue Q.” He ’s really funny. And my character in that is called Fat Amy.

I know, I pick up the roles other actresses don’t want [laughs]. When there’s movies where there are two sisters and one’s the uglier sister, there’s always no actress that wants to go for it. I’m like, why not! They’re the best roles!