Honor Roll 2012: Joss Whedon On What 'Much Ado' Has in Common With 'The Avengers' 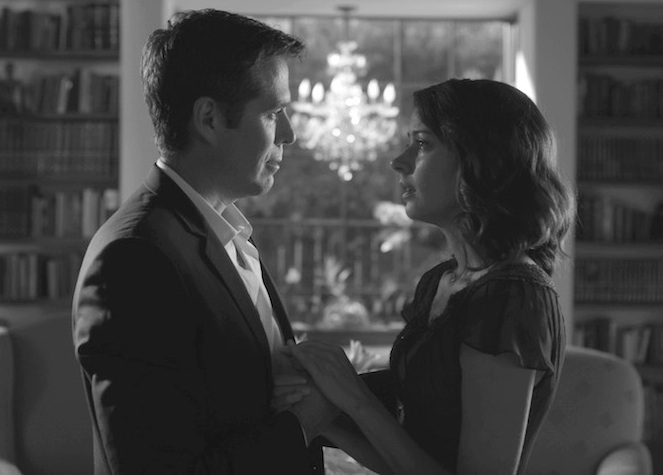 Honor Roll is a daily series running throughout December that features new or previously published interviews, profiles and first-person stories of some of the year’s most notable cinematic voices. Today, we’re re-running an interview we did with Joss Whedon at the 2012 Toronto International Film Festival, where “Much Ado About Nothing” world premiered.

After wrapping principal production on “The Avengers,” you’d think the tireless Joss Whedon would take a much deserved break. Instead (with a push from his wife, Kai Cole), the writer-director-producer invited a group of friends over to his sprawling home to make a modern day film adaptation of William Shakespeare’s “Much Ado About Nothing.”

The black and white film, which world premiered this week at the Toronto International Film Festival and has subsequently been picked up by Lionsgate, marks the first film completed by Bellwether Pictures, the micro-budget studio formed by Whedon and his other half. Their company’s next project, “In Your Eyes,” a sci-fi/romance starring Zoe Kazan, is currently in post-production.

READ MORE: Joss Whedon: ‘I want to make things that are small, pure and odd.’

On top of his Bellwether duties, Whedon is at work penning “The Avengers 2,” the sequel to his colossal hit (currently ranking as the third highest grossing film of all time under “Avatar” and “Titanic”), and prepping for his big return to television with a pilot for “S.H.I.E.L.D.,” a live-action project based on the secret military law-enforcement and espionage agency within the Marvel universe that made an appearance in “The Avengers.”

Indiewire sat down with Whedon in Toronto to discuss his milestone year, and his reasons for tackling the Bard on the big screen.

Your fan base, which has grown exponentially this year thanks to “The Avengers,” is completely gaga for you. You could really feel the love in the room at the premiere of “Much Ado.”

Yeah. Mine are the best. Other fans can suck it. [laughs] Uh, no. I really do feel like they’re not given enough credit. I’ve had a lot of interviews and meetings with people like, “I think this will appeal to your fan base and people that like Shakespeare.” I’m like, you know, there’s some cross-over there, you know? Basically it’s like, “Your fans and intelligent people might like it too!” I’m just like, somebody’s missing the point here.

Has their glowing reaction to the film in Toronto been overwhelming? The standing ovation lasted for a good long while — you got visibly choked up.

Yes. Overwhelming is the word. It’s hard to explain. I’m sure that other people have had this before but we so did it ourselves, and we did it as a family. And we believed in it, but we also were ready for nobody else to believe in it. We weren’t sure how it was going to be received. And nobody had seen it except us. And then for the entire cast to come out — so once again, we were that unit — and then to all be looking at each other like, “Is this really happening?” The greatest joy I’ve had is making this movie. It was amazing. 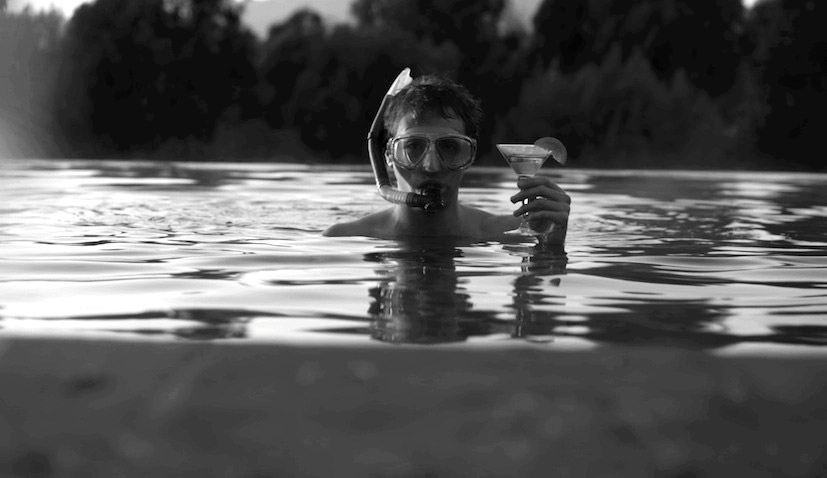 Why did you choose “Much Ado” as the film to kickstart Bellwether?

It wasn’t actually the first film that we started, because Kai was already producing “In Your Eyes,” which is now being finished in post-production. But that wasn’t going just yet. So she put “Much Ado” in my ear. We had this vacation coming up, and we wanted to do a micro-budget thing. It just seemed like kind of a perfect storm, and when I looked at the text, we just went, oh yeah, this absolutely lends itself and I understand the text in a way that, for some reason, I never did before. So it seemed perfect for our maiden voyage because we knew we could do exactly what Bellwether is designed to do, which was show off the talents of our friends, and make things that other people weren’t going to pay us to make.

Why “Much Ado” over some of the Bard’s other works?

It was good in our minds, because it’s very contained, it’s very modern, it’s very accessible. It requires no special effects and only one location. And when I looked at the text again, I realized how passionately I wanted to use that to express something. It was kind of a no-brainer. I also feel like “Much Ado,” it didn’t matter. If I was doing “Hamlet,” which is like such a sacred text for me, I’d be very obsessive about it. “Much Ado,” I could just let be a production of “Much Ado,” and even though I feel passionately about the film and our take on it, I could do it without stressing over whether or not it was definitive. 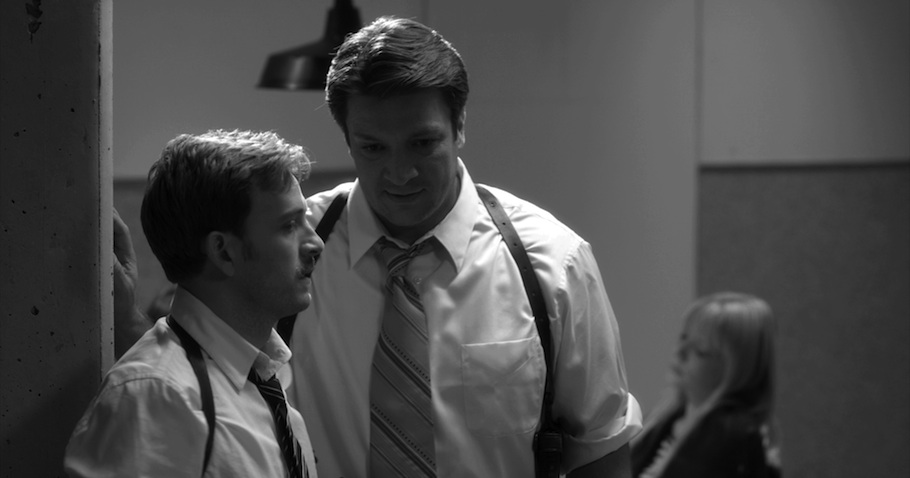 The cast is mainly made up of folks you’ve collaborated with before, along with a handful of new additions to the Whedon club. What does it take for an actor to spike your interest and make you a fan of theirs?

Well, there’s an ineffable something that they bring to the screen. And then there are people that I go to again and again because we’re just very simpatico. Amy [Acker, who plays Beatrice] and Alexis [Denisof, who plays Benedict] are among our best friends. And even Clark [Gregg, from the “The Avengers”] is another Santa Monica dad. We’re all in each other’s lives, and this project in particular was about finding people you know that can do it because you can’t really take any chances.

Jillian [Morgese, who plays Hero] had never done anything. That was taking a chance, but she has a quality that is undeniable. With the people I wasn’t familiar with, I suspected that we’d become “bestest friendses.” Which we kinda did, so that worked out. So I had complete confidence in everybody — you need that when you only have 12 days.

Everyone in the cast makes Shakespeare appear effortless — no mean feat.

It’s very important. If it doesn’t sound contemporary, then the distance between it and the audience is going to be insurmountable. And the fact is, the language is fun to say. It is lovely to speak it, and to hear it said. I think, nobody was better than Kenneth Branagh at taking this endless paragraph that you read as a kid, and then speaking it as though it was the next thing he was speaking and you understood it perfectly. That’s what you need, and all of these actors are so facile with it, and it comes so naturally to them, either because they’ve done it a million times.

Nathan Fillion’s done some at our house for readings, and that was it. He was a nervous kitten. But you can’t tell that he hasn’t been speaking it all the time. And that has to do with my knowing of their precision with their instrument. I mean, not to sound like a pretentious guy, but there are actors I love whose control over their voices is not so specific. And you really need that.

“The Avengers” and “Much Ado,” while totally dissimilar for obvious reasons, play the same way — they go by like a breeze. How do you achieve that quality in your work?

Well, “The Avengers” had no studio tinkering. It only had studio helping, which is a very strange position to be in. They had parameters, and that’s the best way to work — to get people that are up front about their parameters. When you get people that are going to change them halfway through, you’re gonna be in trouble. And that’s happened to me. But when you have people that know what they want, and you’re like, “Good. This is what you want, here’s what I want. Here’s how they mesh. You all agree?” And then that’s what you pursue, you’re in a good position. Like “Much Ado,” “The Avengers” was a movie that I got to make the way I hoped to, from start to finish. 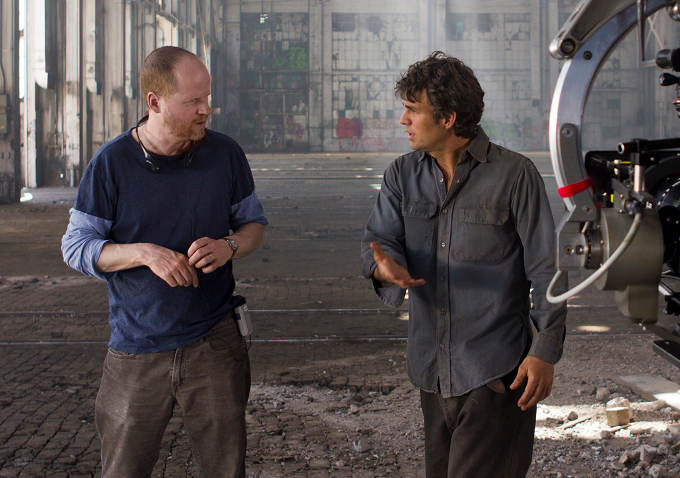 This probably sounds redundant, but how overjoyed are you with the success of “The Avengers”?

You know, it’s lovely. I like a big round number. For years I’ve only said, “Look, trust me and I will make you money.” I have respect for the business, for the fact that these people have made a great investment in me. But sometimes people make a great investment in you, and still not give you that trust. And then you can’t, and then they cancel “Firefly.” [laughs] And then for them to give me that much trust, and that much support, and for it to work for them and me and the audience — for it to tap something because clearly it’s greater than some of its parts.

You know, it’s not a perfect film, but it seems to have tapped into a need, and that’s more exciting then — making a perfect little jewel. It’s just hitting somebody in the gut, in a nice way. Kissing them in the gut? No, that sounds awful. But I have to say, there is not a number that can make me feel the way I felt during the screening of this, of “Much Ado,” when the audience all got on their feet at the end. And I’m not saying I might have shed a tear, it’s probably something I ate.

Congratulations on your return back to television with the ABC pilot pickup for “S.H.I.E.L.D.”

Update me on the progess of that and of “Avengers 2”?

There’s been enormous progress. We are trundling along, I can’t share much. And by much I mean anything. I can say that “S.H.I.E.L.D” came together in a very organic way. And part of my taking “Avengers 2” was that I’d have the opportunity to work in the Marvel universe. I didn’t exactly know I’d be running a TV show five minutes later.

On top of your commitment to Bellwether…

Yeah, but it’s something I really believe in. Although,”Avengers” is the top of my list of exciting new things, “S.H.I.E.L.D.” is really talking to me.

This Article is related to: Features and tagged Honor Roll 2012, Interviews, Joss Whedon