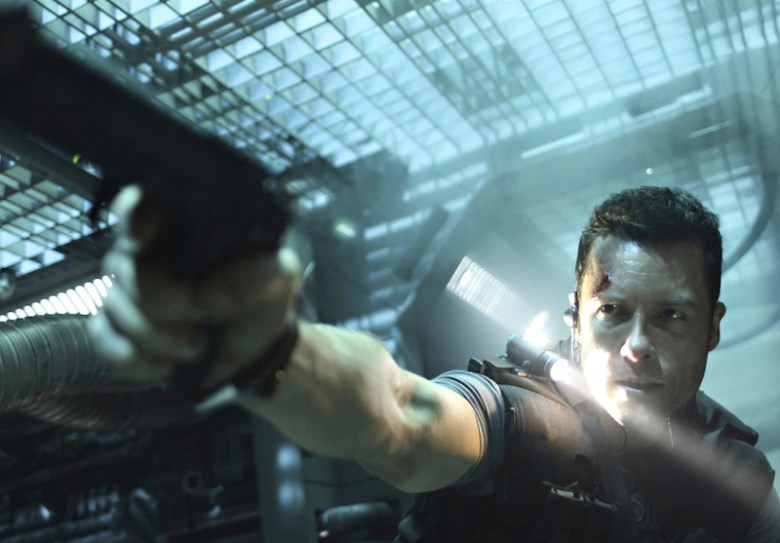 Movies are not a meritocracy. Every year, good films fail to find an audience while crummy ones supported by mega-million dollar marketing campaigns rake in enormous grosses. But I like to think — or I try to hope — that even if it’s not always true at the box office, quality does eventually win out. Inevitably, the cream rises to the top. It just takes some movies a bit longer to get there than others.

That’s what a list like this one is dedicated to. The five flops below might look like “losers” in the short term, or on a studio accountant’s balance sheet. But they deserved much better than their poor treatment by moviegoers (and even by critics in some cases). If you missed any of these films — and odds are you did, given their minimal grosses — you should strongly consider rectifying that oversight in the near future. All things being equal, these were some of the better movies of 2012.

Maybe people mistakenly assumed they had already seen this movie a few years ago when it was called “Dreamgirls.” Maybe people didn’t want to be reminded of Whitney Houston’s death just months after her passing. Maybe people weren’t interested in a star vehicle for “American Idol” winner Jordin Sparks (and maybe I agree with them on that point). Whatever the reason, “Sparkle” wasn’t a hit. It should have been. It also should have turned Carmen Ejogo into a major movie star — she absolutely shines (I refuse to say she sparkles, sorry) as Sister, the frontwoman of a popular girl group in 1968 Detroit. While Anne Hathaway grabs all the awards season headlines for her singing performance in “Les Miserables,” Ejogo continues to go overlooked for an almost equally charismatic sing-acting turn as a breathtaking Motown diva. When she walks onto a stage, the room stops — and we understand exactly why. Houston’s role as Sister and Sparkle’s overly protective mother was an almost-too-fitting farewell to the pop superstar. Singing the elegiac “His Eye Is on the Sparrow” and warning her ambitious daughters about the dangers of show business, you only needed to look into Houston’s eyes to know she understood her role perfectly.

With $44 million earned domestically, “The Three Stooges” is the least floppy flop on our list. Its grosses are pretty much on par with every Farrelly Brothers of the last decade, and by that scale (and with a reported $30 million budget) it was probably a break-even proposition for distributor 20th Century Fox. But I’ve also seen the Farrellys’ “Stooges” pop up on a fair number of worst-of lists, and it seems like a large percentage of people who did see this movie absolutely hated it. I suspect the reason they disliked it was the exact same reason I not only enjoyed it, but admired it as well: the Farrellys’ bold and arguably unwise decision to update the Stooges to present day but not to update their old fashioned brand of slapstick comedy. The oil-and-water chemistry between the Stooges (well-played by Chris Diamantopoulos, Sean Hayes, and Will Sasso) and their contemporary surroundings, most memorably in a sequence where they brutally abuse the cast of “Jersey Shore,” effectively anticipated the oil-and-water chemistry between the movie and modern audiences who didn’t know what to make of it. Call me old fashioned too if you want, but when that giant bell fell on Larry David‘s Sister Mary-Mengele, I couldn’t stop laughing.

3. The Watch
Directed by Akiva Schaffer

Few 2012 movies were beset by more bad luck and timing than “The Watch,” which featured a mentally unstable loner with a stockpile of weapons a week after the massacre in a movie theater in Aurora, Colorado and was originally called “Neighborhood Watch” until neighborhood watches became a political hot potato after the death of Trayvon Martin. With the pop culture zeitgeist heavily stacked against it, there was little hope for this movie, and no wonder it tanked at the box office and with critics. And while I would concede that “The Watch” will never be the first entry on any of these actors’ resumes, it was also a lot funnier — and even a little smarter — than most people gave it credit for. The Costco product placement was egregious (so egregious you could almost argue it was purposefully excessive as a joke) and like a lot of mainstream comedies these days, the script leaned a little too heavily on improvisation from its cast. That said, some of the improv, particularly by Vince Vaughn, was hilarious, and the spot-on subtext about domestic dads’ fear of impotence went right over the heads of viewers who had basically dismissed “The Watch” before they even saw it. Mark my words: you’re going to find this movie on TBS some day and like it and wonder why no one went to see it.

It’s never easy rebooting a franchise once it becomes a pop cultural punchline. Those who remember the 1995 “Judge Dredd” movie with Sylvester Stallone and Rob Schneider at all don’t do so fondly; it took a grim, post-apocalyptic science-fiction comic book and turned it into a cartoonish star vehicle. The results pleased no one except the actors’ agents. That made the new version of “Dredd” starring Karl Urban a tough sell — “Come see this character you basically don’t know starring a guy you also basically don’t know! And oh yeah, you never see his face either!” Still, while it’s hard to blame audiences who stayed away, they missed one hell of a gritty action movie. True to the character’s comic book origins (and in keeping with his ideas about brutal, impersonal justice) Urban never takes off Dredd’s trademark helmet during the entire picture — and delivers probably the best performance from the nose down by any actor this year (the only thing better than his scowl is his grimace). The film bore superficial similarities to the acclaimed 2012 martial arts spectacular “The Raid: Redemption” (another aspect that also didn’t help its box office), but “Dredd” had something going for it “The Raid” did not: 3-D, used to superb effect as the heroes travel up through a fortified high rise to arrest a vicious drug dealer (Lena Headey, one of the best villains of the year), and down as said vicious drug dealer throw her enemies off from her penthouse balcony to the ground floor hundreds of feet below. Given its woefully small ticket sales, if we ever see Judge Dredd onscreen again, it will probably be in yet another reboot. But the character doesn’t need another do over; just another chance with the same star and creative team.

To those who say “Lockout” — or “Space Jail” as it’s affectionately known by partisans — is almost impossibly stupid, to those who found its action sequences mediocre, to those who claim that the opening chase sequence looks like a cut scene from a bad Sega CD game, I don’t disagree with you. But I also think that all of those problems are largely rendered irrelevant by the toweringly magnetic lead performance of Guy Pearce as Marion Snow, a next-gen Snake Plissken ordered to rescue the President’s daughter (Maggie Grace, who is apparently bound by French law to appear in every Luc Besson production) from “MS One,” an enormous prison in space. With crotchety, I’m-not-even-supposed-to-be-here-today snark, Pearce turns even the most disposable throwaway dialogue into high comedy and transforms “Lockout” into a longform expression of personal style and swagger. As a whole, “Lockout” wasn’t one for the ages, but Pearce’s Snow belongs on the Mount Rushmore of Action Hero Badasses. And he deserves — nay, demands — a sequel. There are so many other weird jails he could break into and out of! Water Jail, anyone? Or Arctic Jail? Ooo: Alternate Dimension Jail! The possibilities are endless.

What was your favorite flop of 2012? Tell us in the comments section below.

This Article is related to: News and tagged Dredd, Lockout, The Three Stooges, Top Ten Lists