From the Wire: Movie Ad Quotes Random People on Twitter 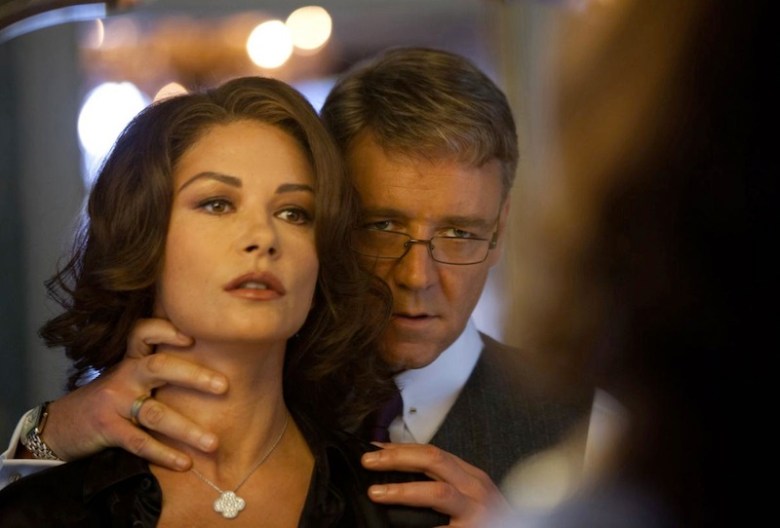 “The tweet, ‘Mark Wahlberg is bad ass,’ was actually in reference to another movie though. ‘I was talking about the movie ‘Shooter,” Phillips said when asked about the tweet via a direct message on Twitter. Phillips said he is a fan of the trailer though, and views it as a great way to bring the movie industry and average people together. He plans to see the movie on January 18, the day it opens.”

According to Forbes‘ Alex Kantrowitz, “a source close to the film’s marketing efforts said the trailer was never intended to portray the tweets as reviews.” Still, with “Broken City” currently pulling an 18% on Rotten Tomatoes and a C on Criticwire, I’m sure the filmmakers wouldn’t exactly be devastated if you mistakenly assumed the movie was earning critical raves.

Now, in this case, @BadBreak_Billy is a real person who legitimately likes Mark Wahlberg (and, somewhat horrifyingly, “Shooter”) and is actually looking forward to “Broken City.” But as another recent article on the rise of Twitter reviews in TV ads points out, this already dubious practice could turn downright immoral very quickly and easily. In The Guardian, Peter Bradshaw discusses the UK TV ads for “The Impossible,” which also use tweets as pull quotes, although these at least were written by people who’d actually watched the movie in question (“One of the best films I’ve seen #incredible #loved it”). That’s fine, Bradshaw says, but “what’s to stop you in the future setting up a few friendly Twitter accounts if praise is thin on the ground?” It’s a scary question.

Social media is so big now that you can find someone willing to say something positive about almost any movie; type the words “Texas Chainsaw 3D” and “awesome” into Twitter for proof of that. But that doesn’t preclude someone from fabricating an account if they can’t find exactly the pull quote they want. Look! The ghost of President Ronald Reagan calls Criticwire “essential reading!” And that took me five minutes and I was doing it as a goof — why wouldn’t someone with tens of millions of dollars on the line do that for real?

They probably would. As always, when pull quotes are concerned, the words that really matter are not the big ones in the middle of the screen, but the fine print at the bottom that tells you who actually said it.

This Article is related to: News and tagged From the Wire, Weird Pull Quote Theater