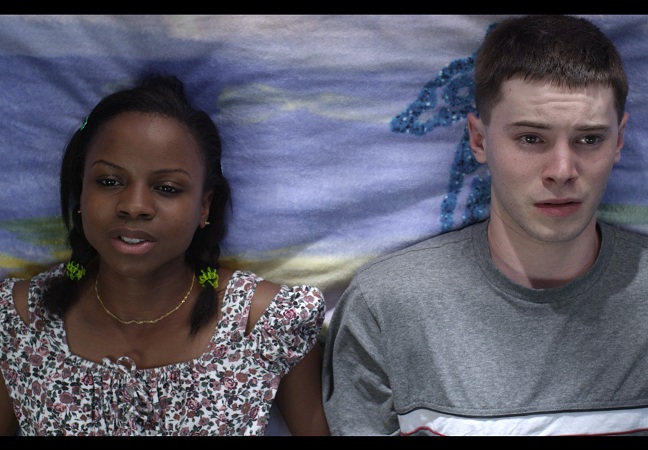 In its second acquisition of the Sundance Film Festival, Phase 4 Films has picked up rights to David Andalman and Mariko Munro’s “Milkshake,” which had its world premiere in the NEXT <=> section on Jan. 20. The company acquired North American rights to Shaka King’s feature debut “Newlyweeds,” also a NEXT selection, over the weekend.

“Milkshake” will screen theatrically and then on VOD as part of Phase 4’s Kevin Smith Movie Club.

Tyler Ross, Shareeka Epps, Georgia Ford, Eshan Bay, Leo Fitzpatrick and Danny Burstein star in the story of a white, self-styled thug in mid-’90s suburban DC trying to be black. Munro wrote the screenplay with Andalman, and the two of them produced. Vinay Singh and Jason Sosnoff are executive producers.

“I love Milkshake!” said Smith. “There: have fun at the fat guy’s expense. As a guy who shopped at Oak Tree for most of the 90’s, the yearnin’-to-be-urban main character brought so vividly to life by Tyler Ross really hit home with me. Shareeka Epps dazzles as the long-suffering sorta-girlfriend, quietly commanding the screen like she did in ‘Half Nelson.’ Packed with laughs and the benefit of hindsight, this realistic high school indie reminded me of the best entries in that genre — a sort of ‘Welcome to the Dollhouse’ for fly guys. We’re hyped ’cause we’re amped to bring David Andalman and Mariko Munro’s ‘Milkshake’ to the Kevin Smith Movie Club!”

Cinetic Media repped the sale for the filmmakers.

Phase 4 picked up “That’s What She Said” (2012) and “Another Happy Day” (2011) at recent Sundance festivals. Upcoming releases include “Eden” and “Generation Um.”