Abbas Kiarostami Discusses the Mysteries of 'Like Someone in Love' 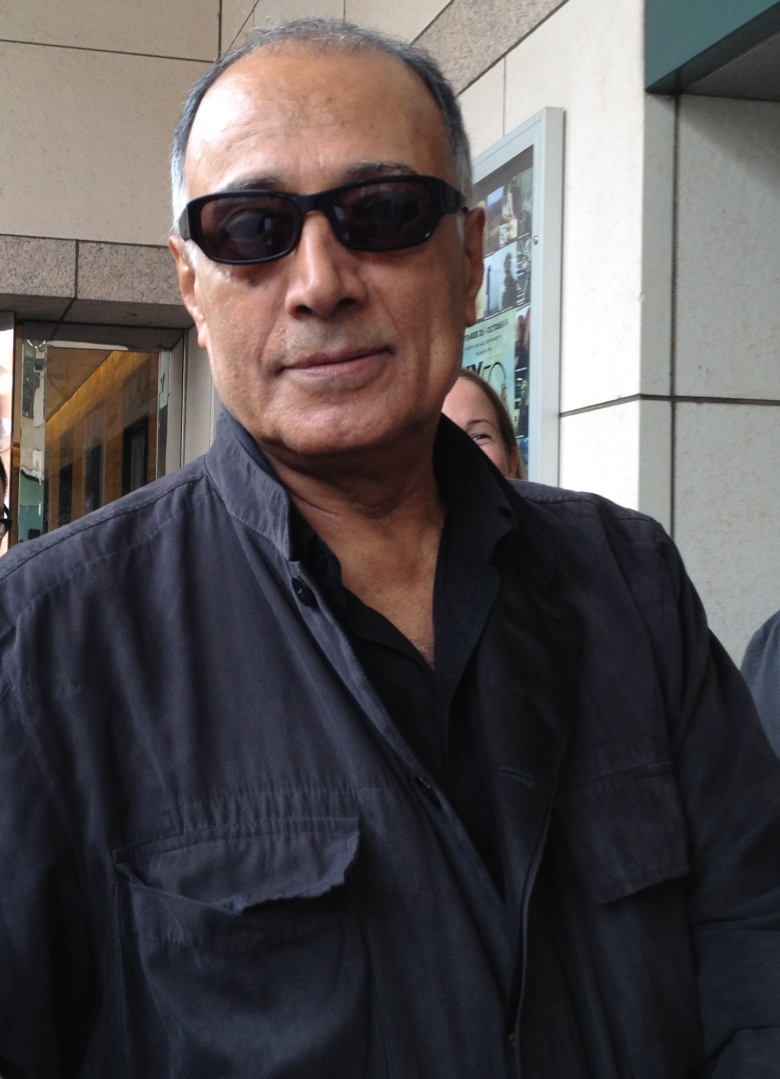 There’s a lot of driving and talking in “Like Someone in Love,” Iranian director Abbas Kiarostami’s latest production, but beyond that’s only the surface. Following last year’s Tuscany-set “Certified Copy,” the new movie — which premiered in competition at Cannes last May and screens at the New York Film Festival this week — finds the director in the vastly different turf of Tokyo with an all-Japanese cast. But even far away from home, Kiarostami is still Kiarostami.

[Editor’s Note: This interview originally ran during last year’s New York Film Festival where “Like Someone in Love” screened. IFC Films opens the drama this Friday in select theaters.]

The trim story follows young prostitute Akiko (Rin Takanashi) on assignment to visit retired academic Takashi (Tadashi Okuno). The next morning, Takashi assumes a parental role as he carts the woman around town, helps her evade her moody fiancé (Ryo Kase), and discusses his life philosophies. The movie is a fascinating mystery enacted with a deep awareness of camera movement, sound design and performances. In the U.S. for NYFF, promoting a new movie in the city for the first time in over a decade, the 72-year-old filmmaker sat down with Indiewire to discuss his intentions with “Like Someone in Love,” why he prefers to work outside Iran and how he keeps looking for new challenges.

Outside of shooting in Japan, what felt new to you about this production?

It was as new as any film is when it started. Plus, in Japan everything was new — the people, the faces, the food.

Without understanding the language, how could you tell if the actors were giving you the performances you wanted?

My aim was on one side not to neglect their culture and their specificities, but at the same time not to leave any display of Japanese culture in my film. My concern was to find out whether there were any universal qualities in them as characters.

You may have been a foreigner in Japan, but Japanese cinema isn’t foreign to you. Your 2003 film “Five Dedicated to Ozu” indicates as much. I wonder if there was any aspect of Japanese cinema that inspired when you were conceiving of this story.

Well, the Japanese films that I had in mind were the classics of Japanese cinema, the ones I was familiar with. But then as I had to work in Japan, I started watching plenty of new Japanese films in order to see the actors and also to choose a DP, and I realized that they had absolutely nothing to do with my memory and my knowledge of Japanese classic cinema. And I found them much more American in a way. So I made my film with my own views and then many people told me that my film was more Japanese than the present Japanese cinema.

READ MORE: Cannes Review: Abbas Kiarostami Delivers a Tantalizing Mystery With ‘Like Someone in Love’

That was exactly my only promise to my producer. I said one can never commit oneself to making a good film — you cannot say whether your film is good or not — but the only commitment I do accept is the fact that my film won’t show that it’s been made by a foreigner or by an outsider in Japan. And I think that I did succeed in that aspect.

At the same time, because this film and “Certified Copy” involve an ambiguous relationship between two characters, it’s very easy to see one being a companion piece to the other. How do you feel about that comparison?

Well, I wouldn’t interfere in a view that can be the spectator’s or the critic’s analysis of my work, so I accept it as their point of view. But I must say that, for me, the link was not conscious at all. I didn’t mean it, I wasn’t aware of it. However, they are both the products of the same imagination, so there must be a relationship between the two.

Virtually all of your films require the audience to do some legwork and interpret your intentions. However, in the case of your earlier films — like, say, “Close Up” — much of that interpretation related to the precise conditions of Iranian society. Do you still feel that your roots inform your work?

Again, I’m not the one who can actually tell you exactly how I can be perceived or how you as an audience or as a critic can perceive the fact that I’ve made two films in different societies. But I think that if you take characters in the film as they are and if you don’t try to put them in molds and interfere too much with their nature, characters all have their own mystery and their own ambiguity. So they are not related to one specific identity or land.

I think the current point between the character from “Close-Up” and my last two films is that they all have something to say, but they all have this very unsaid and unuttered aspect about their personalities. And I cannot express that. I think all characters have this complexity of human nature that is closer to you than truth, and so I feel compassion for the mystery and I don’t think that I’m here to reveal it.

Next page: The challenges of making movies in modern-day Iran. Also: Why Kiarostami loved shooting on digital.

Are you still comfortable making films under the constraints imposed by the Iranian government?

Well, the situation is undoubtedly difficult and for everyone, I think if there weren’t these constraints I’d have stayed in my country and worked in Iran. So I think we all found our own solution for going out and working. Some people stayed in Iran and dealt with the censorship and tried to work however they could in their own country. Some others like me decided to go and work elsewhere. And others just left the country and live elsewhere, whereas I still live in my country. I’m not judging any of these choices. Each of us does what we can, and that’s the only way. But of course the situation is difficult for everyone.

Last year, when “A Separation” won the Oscar, the award put a lot of attention on Iranian cinema around the world. Just last week we heard that this year’s Oscar submission would be withdrawn because of a boycott. I wonder if you have any thoughts about whether or not that’s a problem for Iranian cinema today.

The truth is this situation in Iran is so serious and so bad now that this kind of event doesn’t even really have an impact. I think what’s really at stake now in Iran is just the economy’s survival. People really have to struggle and the film industry is, of course, under the same pressure. The biggest issue now for Iranian cinema is just to find a way to survive. So this event in a time of peace could have an impact. But now the situation is in such turmoil, and we are in the middle of a war — even if it is a cold war — so this kind of event doesn’t even touch us.

Let’s get back to discussing your films. In the United States, most studios are abandoning film in favor of digital. A lot of filmmakers who have been working before digital video was so popular see this as a problem. But you’ve been able to adapt because you started shooting on digital fairly early on. Do you think the general transition to digital filmmaking is a positive step?

Cinema doesn’t need any specific medium or any specific way to exist, and it can go on existing through any technical evolution, so for myself, yes, I use digital. I have to tell you that, 40 years ago when I started making films, I would use film with a digital approach. So this is a way of working, a concept of filming, rather than the tool itself. Tools change, but then you have your own way of working regardless of the tools that you’re given.

Because you’ve been working so long and there are certain expectations an audience brings to your work, when you start a new project how do you know that it will provide you the right kind of challenge?

It’s all about finding a new challenge. This is the only reason I go on making films, no matter in what country, no matter in what language. I need novelty. I need to make something unheard of for myself. Otherwise, I have other ways of expressing myself. I take photographs and I write poetry, which is enough for me to go on peacefully for the rest of my life. But if I go on making films, it’s because I need novelty and I need new challenges. And I keep on finding them. Just before you came in, I was explaining a scene from my next project to my translator. I was asking her how she found the scene because the idea I have for my next project is very anti-cinematographic, but that’s the reason why it’s very interesting and challenging for me.

This Article is related to: Features and tagged Abbas Kiarostami, Interviews, Like Someone In Love