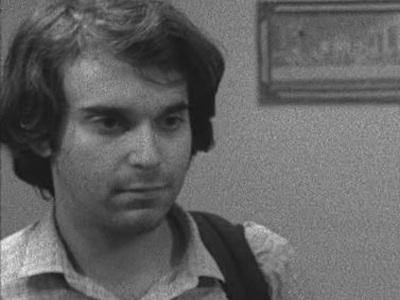 Alex Ross Perry isn’t your average overnight sensation. His debut feature, 2009’s innovative quasi-adaptation of “Gravity’s Rainbow” “IMPOLEX,” garnered some support at regional festivals, while his hilarious follow-up “The Color Wheel” followed a similar path, steadily developing appeal through word of mouth. Critical support for “The Color Wheel” in 2011 culminated with the movie topping Indiewire’s annual critics poll for the Best Undistributed Film; last year, it finally made its way into theaters, opening the door for more audiences to discover Perry’s mixture of wry comedy and perceptive characters. The squabbling brother and sister at the center of the black-and-white “The Color Wheel” comprised one of the more memorable onscreen duos among last year’s releases, illustrating the filmmaker’s unique ability to make viewers simultaneously laugh and cringe. The movie was eventually nominated for the John Cassavetes prize from the Spirit Awards, which take place in Los Angeles this Saturday.

The success of “The Color Wheel” has helped Perry set up a new project with the potential to bring him far more exposure. Indiewire has learned exclusively that Perry has been preparing a new series for HBO. The project, called “The Traditions,” co-stars Perry and Kate Lyn Sheil as a young married couple relocating to the Midwest and attempting to orient themselves at a small liberal arts college. Perry recently wrapped production on several episodes and travels to Los Angeles this week for the Spirit Awards. He spoke to Indiewire about his intentions with the project and his other upcoming features.

What interested you about the possibility of working for HBO?

Them wanting to work with me. Of course it would be foolish to have dreamt of going straight from making “The Color Wheel” to creating content for what may be the most recognized name in quality filmed entertainment.  It’s pretty swell to finally not have to explain to members of my extended family or friends-of-friends at weddings what I do and why they should maybe care about it. HBO means you care when somebody is speaking to you and that’s quite nice.

How did you end up getting in contact with the network?

They reached out due to some press that I guess crossed somebody’s desk during the theatrical release of “The Color Wheel” and when I was in Los Angeles for the release my manager got me a meeting there. Thanks to Lena [Dunham], they are now making it a priority to find and develop content with as many “less experienced” people as they can fit into their business model. It is pretty amazing that anybody at that company saw “The Color Wheel,” liked it enough to want to meet with me and immediately gave me the opportunity to do basically whatever I wanted with their full approval.

How has this experience differed from your experiences with other film shoots?

It was a personal adjustment challenge to go from working on “The Color Wheel” with a crew of four and no stakes and, honestly, nobody except me having any investment in the quality of the finished product, to something with an honest-to-god development process with outlines, character sketches, notes, feedback, and so on. But it was all really great and fun, as their reputation suggested it would be. The actual shooting was pretty much the same, thankfully, just with more money and thus more freedom to accomplish things that are not possible with a crew of four people who are getting paid nothing.

Where did you come up with this idea? How long did it take you to write it?

I was sitting in the HBO lobby reading this recently published book of interviews with David Foster Wallace wherein he talks about going to the University of Arizona after he had been at Amherst and written “The Broom of the System.” He talked about it in really negative terms, like it was a great program and a great opportunity for somebody at that point in their life or career, but the personal changes to your actual day to day life seemed to affect him really negatively. So I started thinking about what that would be like for me, somebody in a stable long-term relationship, to have to pick up and move across the country at the age of 30, and suddenly have no friends and no comfort zone and no real idea how to get that stuff. This meeting was the first week of June and the first draft of the script was done around the end of July, just before I left for the Locarno International Film Festival [where Perry served on the 2012 jury].

How would you classify “The Traditions”?

The term they used when describing “The Color Wheel” is a “funny drama” and I like that. “The Traditions” is really not a comedy — and it’s not a sitcom, that’s for sure. There are 10, 15 pages in a row of nothing but sadness and emotional breakdowns and fighting. But then also a bunch of great zingers peppered throughout.

Neither of your features were considered “commercial” in the traditional sense. The idea of you working for a network seems to imply that you’re interested in telling more mainstream stories. How do you feel about this possibility?

I disagree that “Color Wheel” is not commercial. It is a comedy with relatable characters and familiar situations — it’s just filmed and ends in a way that is not commercial. “The Traditions” is still a story about two deeply sad people going through a rough time, but I guess it has enough hopefulness and production values to distinguish it from my features. This is exactly what I want to be doing right now and I don’t think I would have had the confidence to embark on a new direction like this without the support of such a cool and important company behind me.

What else do you have in the pipeline?

I am trying to get my next feature together. It’s called “Listen Up Philip” and is being produced by James Johnston, Toby Halbrooks and David Lowery, who all made “Ain’t Them Bodies Saints,” and also by Washington Square Films. It’s a lengthy New York story, this whole thing about changing seasons and changing attitudes and people going up and coming down the chain of success and all the bumps and miseries that you hit on the way down and up. It’s a comedy. I’m super excited about it and we are planning to shoot it this summer on super 16mm. Right now it’s just casting dreams and stuff but we’re hoping to get the sort of people that make you care about a movie before you see it. I am also using my pre-Spirit Award days out here in Los Angeles to try to get other stuff brewing — including, hopefully, other ideas for television. I have also been also co-writing Bob Byington’s new film with him which will also be shot sometime soon.