Fair Trade for Filmmakers: Is It Time For Festivals To Share Their Revenue? 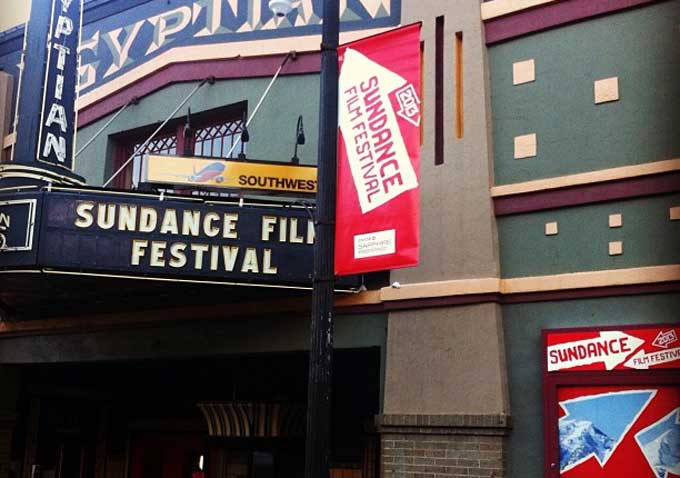 Over the past 20 years or so, film festivals have beget more film festivals like rabbits on alkyl nitrates. Even the Sundance Kid, progenitor of the contemporary independent film festival, questioned, on the opening of his event’s 35th edition in Park City, if there were too many of these cinema shindigs. “There’s a festival in every neighborhood,” he told the press. “I don’t know about the overriding value except that we’ll get the chance to see more films.”

“Film festivals are crucial exhibition circuits, because they nurture independent films, showcase national cinemas, and bring international films to ever-increasing audiences,” rightly notes Jeffrey Ruoff in his introduction to the instructive study “Coming To A Festival Near You: Programming Film Festivals.” “In recent decades, as art cinemas have closed, and as cities have explored new ways to enhance tourism and culture exchange, more festivals have appeared every year. There are now several thousand throughout the world.”

Nobody seems to know exactly how many, or even a close approximate, film festivals exist, though we do know that the vast majority of them are in Europe and North America. Perhaps this accounts for their high standing on the list of Stuff White People Like. In my city, Toronto, it’s oft said there is in excess of 75 festivals, an assumption a glance at the weekly movie listings validates. There is always at least one film festival going on in Toronto, and usually it’s more than that.

But I disagree with Robert Redford’s suggestion that there may be too many. As Ruoff and many others have indicated, they’ve become essential to the distribution and exhibition of independent cinema. The problem is that there are too many film festivals that operate on old notions of what and who festivals are for and about. There are too many festivals that think they are Sundance, or Berlin, or Cannes, or Toronto. There are too many red carpets, markets, pitches, panels, passes, cocktails, crudités, canvas bags, galas, special presentations, opening nights, press releases, prizes etc.

Mostly, though, there are too many festivals that believe they are force multipliers, that an invitation to their event lends a film prestige, or buzz, or sales, or media coverage, or a direct path to awards season glory. Worse is that most indie filmmakers have bought into this notion, and therefore gift their work to these events, which in turn sell tickets and sponsorships as well as receiving government and philanthropic funding. Within the film festival ecosystem there seems to be a rift between the cultures of gift and commodity exchange. Those familiar with Lewis Hyde’s “The Gift” will recognize the dichotomy.

Hyde’s book, published in 1983, is a contemporary classic, hailed as essential reading by literary greats such as Margaret Atwood, David Foster Wallace, Zadie Smith and Jonathan Lethem. “The Gift” eludes précis, but hinges on the notion that a work of art, and the labor behind it, is a gift, embodied with the inherent values and social relations that distinguish gifts from commodities. Yet within a market-driven logic the gift economy becomes problematic. Namely, how does an artist who has chosen to labor with a gift survive in a culture dominated by market exchange?

This will be a familiar dilemma for any independent filmmaker who has had his or her work presented on the international film festival circuit. It’s likely even more applicable to those unable to crack that nut, who through submission fees pay for the privilege of rejection. If somebody were to add up the revenues generated by film festivals, even just through submission fees, accreditation, and public ticket sales, I submit that it would be a significant number. And those are just the direct earned revenues. Perhaps the best way to account for the growth of film festivals, then, is through simple economics: most of them get their content for free.

Of all the chatter about how festivals can save independent film, why don’t any of the festivals seers implement the most obvious solution? Pay the fucking filmmakers. Let’s call it the 35% rule: 35% of earned revenues at film festivals should go directly back into the pockets of filmmakers. It’s not an arbitrary number. Typically this is the percentage of gross box office revenues (though it’s often higher) which are remitted to the rights holders in the theatrical market.

The contemporary international film festival circuit is, primarily, an exhibition circuit. Hoity-toity notions of curatorial independence and prestige rapidly break down when one analyzes the way films flow from the major festivals through the speciality and B-level fests down to the smallest of local events. For example, over 85% of the documentaries that premiered at Sundance 2012 went on to play five or more film festivals. Several played more than 20 festivals. That’s exhibition, not curation.

In a recent New York Times article about the trauma of being rejected by Sundance, the neophyte filmmaker Robyn Miller (who with his brother created “Myst”) shrugged off the declination. “The festival model is old,” he said. He’s right. For festivals to be truly relevant to independent creators we need from them less pseudo-pomp and more direct revenue sharing. The first step: festivals need to start paying filmmakers for the privilege of presenting their work.

Sean Farnel is an independent writer and strategist. He tends to prefer documentaries, but is warming up to make believe. His very occasional blog is RippingReality.com. He’ll be at Berlin.