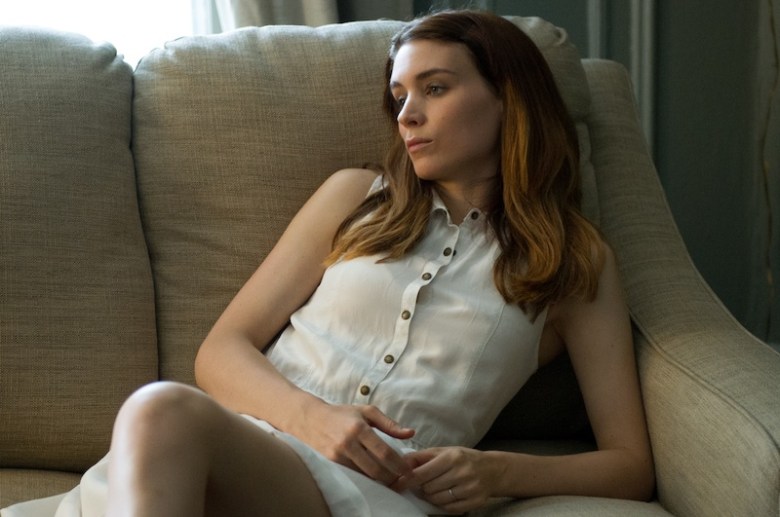 The following post contains SPOILERS for “Side Effects” and should only be read by those who have already seen the film. No, y’know what? People who’ve seen the film shouldn’t read it either. NO ONE SHOULD. It is SO potent it could retroactively spoil the movie.

The email I received confirming my attendance to a press screening of Steven Soderbergh’s “Side Effects” included a strange last line. “We kindly ask,” it read, “that you be on time as we will not be letting in latecomers once the screening has started.” Not an unreasonable request, but still an unusual one; generally, critics seem to be pretty good about arriving on time to press screenings. It’s the sort of thing that should go without saying — but didn’t, in this case.

If you follow the right critics on Twitter, you probably saw the second half of this unique media strategy: after press screenings of “Side Effects” began, a publicist would tape a paper sign to the door of the auditorium, warning latecomers away. Via Ben Kenigsberg of Time Out Chicago, here’s what it read:

The screening has now started. Due to the non-linear nature of this film, it would be unrewarding for you to enter at this point. We look forward to welcoming you at the next screening.

Something struck me funny about these requests and warnings. I couldn’t quite put my finger on it at first. If you’ve seen “Side Effects,” you know what the signs don’t say: that the film is actually not very non-linear at all. It opens with a brief, wordless scene set three months after the film’s first act, but following that introduction and a flashback, the movie proceeds almost completely chronologically until its climax, when one character reveals the truth in another flashback. So the filmmakers’ statedreason they “needed” prompt attendance isn’t even true. So why do it?

The reason, I think, is that like much of “Side Effects” itself, the warning is not what it appears to be, and is, in fact, less about threatening critics than reminding them of another movie that seems to provide much of the inspiration for Soderbergh’s new one. This all clicked into place for me when I went to see “Side Effects” for myself — on time, obviously — and I saw the film’s opening shot. That’s when I remembered where I’d heard this kind of cheeky hectoring before: in vintage marketing materials for Alfred Hitchcock’s “Psycho:”

“Psycho” is set in Phoenix, Arizona, but its opening shot is otherwise extremely similar to the one that starts “Side Effects:” the pan left to right across a city street, and then the zoom into a single window in a single building, as if to suggest this story was plucked from all the potential stories the urban landscape contains. Either because I’m a little bit psycho myself — or because the filmmakers wanted me to recognize them with their winking notes — I kept spotting “Psycho” references and homages throughout “Side Effects.” And whenever I try to talk about them with other people I get really nerdy and gushy, so I’m just going to spew them all out now in bullet point form. Here are the connections I spotted:

-Both are ultimately revealed as thrillers about mental illness. And, more specifically, about killers with multiple personalities (or so it seems).

-Both kill off their biggest stars (Janet Leigh and Channing Tatum, respectively) about 40 minutes into the picture…

-(…in a shocking scene of violence.)

-(…that involves a very large knife.)

-In both, the actions of “crazy” killers obscure the theft of large sums of money.

-Both killers initially endear themselves to the audience: Norman Bates (Anthony Perkins) by talking about his lonely life with his cruel mother; Emily Taylor (Rooney Mara) by “suffering” from depression as she deals with her lonely life with her husband Martin (Tatum). They seem like sympathetic victims, not violent criminals.

-Both movies end with shots of their respective killers incarcerated in near-catatonic states, staring blankly ahead.

-Both feature red herring MacGuffins: in “Psycho” it’s the money Marion Crane (Leigh) stole from her boss; in “Side Effects,” it’s the antidepressants that seemingly spurred Emily to kill Martin.

-Both feature elaborate scenes of exposition just before their conclusions, in which a character explains what really unfolded in the last 90 minutes.

In these supposed last years of his career, Soderbergh has been systematically putting his stamp on a bunch of different genres: the biopic; the martial arts movie; the disaster movie. I essentially see “Side Effects” as his riff on “Psycho” in the era of SSRIs. There are other movie references in there — the opening shot evokes “Rosemary’s Baby” along with “Psycho,” and in the schemes of Emily and Dr. Siebert (Catherine Zeta-Jones) there are hints of “Diabolique.” You could argue that the way Soderbergh takes all of these core elements and iconic moments from “Psycho” and elsewhere, breaks them down and then reconstitutes them into something new makes “Side Effects” more like the films of Brian De Palma than Alfred Hitchcock, but that’s a conversation for another time. We look forward to welcoming you at the next blog post.

Did you catch other “Psycho” references in “Side Effects?” Did it remind you of other movies instead? Tell us in the comments section below.

This Article is related to: News and tagged Side Effects, Steven Soderbergh