The "Notscars" For Best Stuntwork (VIDEO) 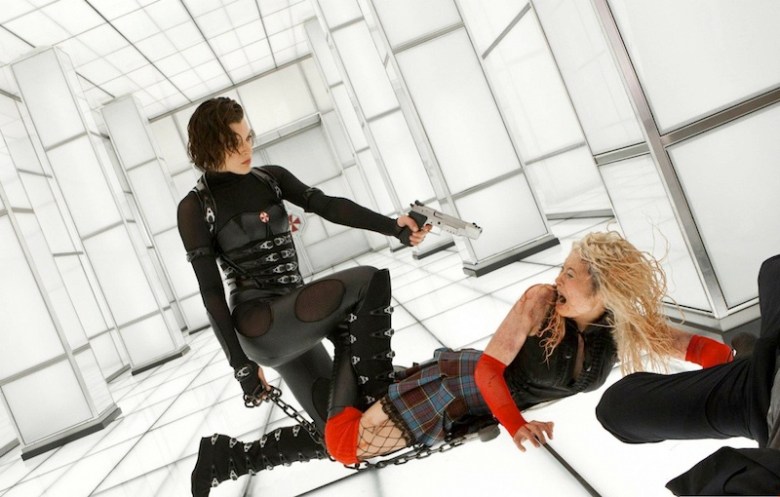 The Academy Awards may be long, but that doesn’t mean they’re comprehensive. That was sort of the point of this week’s Criticwire Survey, in which I asked critics to pick the category that needs to be added to the Oscars to honor the contributions of previously unrecognized members of the filmmaking community. I got some really wonderful answers — a few I anticipated and a few I didn’t — but the most popular response to the question was some variation of an Academy Award for Best Stuntwork.

And with good reason. Even in a world of computer generated images and characters, stunt men and women remain one of the most important groups of movie craftsmen. Eight of the ten most popular films of 2012 at the domestic box office were live-action movies — all eight relied on important contributions from stuntmen and women. That includes “Ted,” a broad comedy about a foul-mouthed teddy bear. The “Stunts” section of its IMDb page is 41 names long.

So stuntwork is hugely important. Most people would probably agree on that. The hard part comes when you try to figure out how to honor these incredibly brave and talented performers. Do you reward the single craziest stunt? Or the stunt coordinator who pulled off all this cool stuff? Or the whole team of performers? If an actor does their own stunts (like, say, Gina Carano) how do we recognize that?

Let’s not forget, either, about all those computer generated images and characters. With green screens and digital face replacement and seamless special effects, how do we know exactly who did what? My attitude: let the experts decide. A small committee of members from the stuntwork field would review submissions and select the final nominees, which could then be voted on by the Academy at large.

The members of the Criticwire Survey are far from the first people to suggest a Best Stuntwork Oscar — and it’s never made a difference before. But that doesn’t mean we can’t say it one more time, or that I can’t suggest my own picks for what I’m calling my “Notscars” for Best Stuntwork in 2012. If you’ve ever seen a picture of me, you know I’m not an expert in physical activity — but I am something of an expert in watching physical activity onscreen. So to my quasi-informed eyes, here, in alphabetical order, are:

The 2013 “Notscar” Nominees for Best Stuntwork

It’s hard enough to look and act like a super-hero — now imagine trying to move like one inside dozens of pounds of rubber and plastic muscles with an enormous cape on your back. Oh and you’re wearing a mask while you’re doing it too, and you basically have no peripheral vision. Christian Bale only truly becomes Batman in our minds with the help of the men who pull off his most dangerous and difficult stunts. Add in the doubles and performers playing Bane, Catwoman, and all of those henchman and thugs — plus all the precision driving that goes into Christopher Nolan’s elaborate chase sequences — and you have a truly impressive ensemble of largely unheralded artists and technicians.

I imagine the concept for a movie like “The Expendables” — the cannon fodder team that performs the thankless tasks too difficult for anyone else — resonates with stunt performers. And when you have a cast that features fogeys like Sylvester Stallone, Arnold Schwarzenegger, Bruce Willis, and Jean-Claude Van Damme (current combined age: 240 years old) you’re going to need a lot of stunt men. The fact that “The Expendables 2” was a marked improvement over the first film had plenty to do with the quality of the stuntwork: clearer gun battles and hand-to-hand fights, and crazier and more frenetic setpieces like the one embedded below.

This long-running franchise may be inspired by digital violence, but Paul W.S. Anderson’s “Resident Evil” franchise remains rooted in good old fashioned stuntwork, and “Retribution” sported some of the best fights and shootouts — in 3D, no less — in the history of the franchise. I’m not naming a winner of this Notscar, but the scene below, which I always refer to as “The Hallway Fight” in casual conversation, deserves some kind of award. Fight scenes are often compared to dance scenes, and this is one of the most beautiful and hideous in recent memory.

If they had to add a subtitle to “The Raid” (supposedly to enable easy franchising in the future), they should have called this movie “The Raid: Encyclopedia” — as in the comprehensive nature of the stuntwork on display in this bombastic action spectacular. It starts with bullet ballet, then moves on to edge weapons, and then finally to punches and kicks, deployed with a rare amount of style and energy by the Indonesian cast and crew. Most action movies pick some kind of speciality and focus on it: really great fight choreography, or amazing shootouts. “The Raid: Redemption” does it all impressively well. There’s literally something here for every kind of action fan.

James Bond is another character whose cool, unflappable image would instantly evaporate without stunt performers. No wonder Daniel Craig looks so calm and collected when he lands in that train and adjusts his cuffs and tie. He’s got a whole team of guys at his disposal to do the heavy lifting for him — like, say, taking a running leap off a construction crane into that train. A Bond film lives or dies by its stuntwork; even with Sam Mendes’ suave direction and Roger Deakins’ handsome photography, there’s no way “Skyfall” becomes the first 007 adventure to cross the $1 billion mark at the international box office without its incredible action scenes — like this jaw-dropping one in a Shanghai skyscraper.

Agree? Disagree? Think another film deserves to be nominated? Tell us in the comments section below.