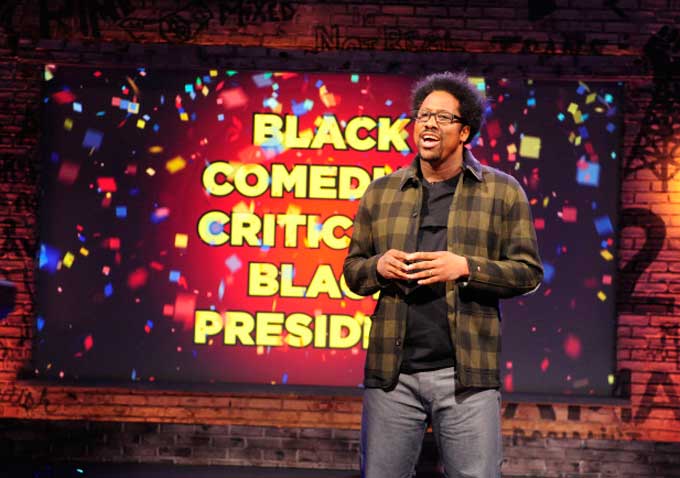 Launching a new topical late night talk show is no easy prospect in a market dominated by the still-brilliant likes of “The Daily Show” and “The Colbert Report,” not to mention Conan, Fallon, Leno, Letterman and the rest of the regulars. But comedian W. Kamau Bell, host of FX’s weekly series “Totally Biased with W. Kamau Bell,” has managed to find a niche and a voice for himself in a crowded TV landscape. His show, which is executive produced by Chris Rock and is currently in the middle of its second 13-episode order since its premiere in August, delves boldly into politics and race, maintaining a sharp edge while never seeming fueled by empty rage.

When the openly liberal Bell made a crack about Obama’s drone policy, confetti fell from the ceiling while a sign flashed in the background: “BLACK COMEDIAN CRITICIZES BLACK PRESIDENT.” Elsewhere, he deemed VW’s ad involving white guys with Jamaican accents only “diet racist,” and turned the spotlight over to Guy Branum, one of the show’s writers, for a response to certain San Francisco 49ers’ comments about gay players. “I’m here to call you out, Chris Culliver, not for being a homophobe, but for being bad at football,” declared Branum, who’s both gay and knows his football, a combination allowing for a witheringly funny monologue. Indiewire spoke with Bell on the phone about finding the show’s groove and black hipsterdom. 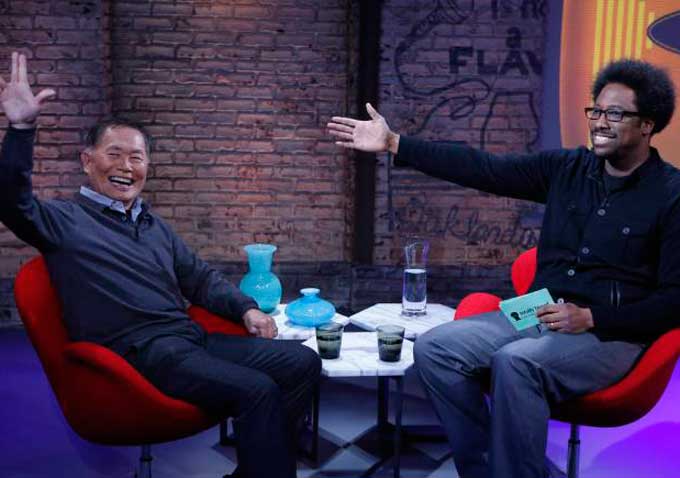 You have a fair amount of episodes under your belt now, do you feel the show has changed since you first started?

It’s like learning a new language. You know what you want to say but you have a problem figuring out how to say it. I don’t think I’m fully conversant in late-night talk show host yet. I’m better than when we started and I’m proud of a lot of the stuff we did, considering that I had never done anything like that before. But certainly the big change is just that with the first six episodes I thought “we may not get any more than this.” When they renewed us and gave us seven more, I thought “well, we may not get any more than this.” So now they gave us 13, it was like “okay, well we’ll at least be around for several months in the public consciousness.” It’s only recently that doing the show every week wasn’t killing us. We’ve gotten a rhythm to it, and I would imagine that in the next seven, we’ll get it even more down.

Has there been a particular segment or moment where you’ve really felt like, “yes, this is a good summation of what I want the show’s voice to be”?

Yeah, in the first episodes we did a piece called “Sikhs vs. Sheiks” about the shooting in Wisconsin. I would’ve loved to do that in my act. It was such a fun piece, and had the right tone. The problem was after it’s done, you’re like “how do we do that every week?” You’re chasing the dragon, you know? You also want to build consistency. We did a show a couple weeks ago where I was like “from stem to stern, that was a good show.” That’s what you want it to be; not just one piece in a show but the whole show. 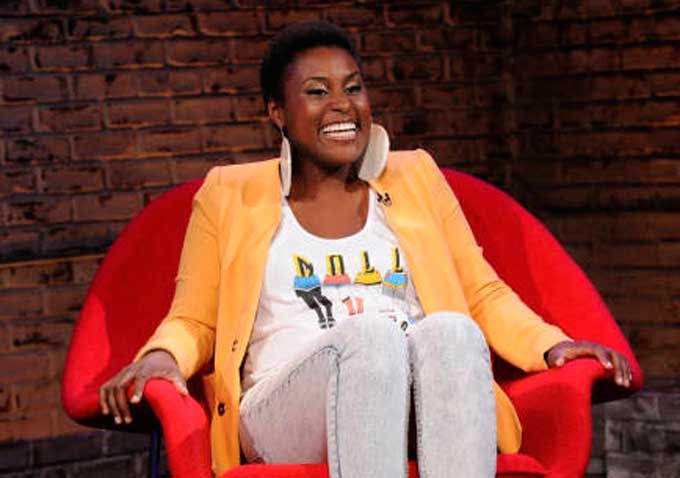 Tell me about choosing your guests. You’ve had am interesting mix of journalists like Matt Taibbi, comedians like Lewis Black and people like “Awkward Black Girl” creator Issa Rae, who’s more of a web celebrity.

It’s a little bit of who you want and some of who will come. I just want to have a good conversation with somebody. I’ve pitched people that I respect and think are cool and some of those people have come through. Its definitely not the typical late night mix of people. The people who have a movie to promote know where they want to go. But then you can bring on Neill DeGrasse Tyson every week and he’s going to have a different interesting thing to say. We had David Alen Grier come, and we were like “Hey man, let’s talk about ‘In Living Color’!” Who else is going to want to have that conversation?

In general in the show, it does seem like you’re pretty happy to be there. It’s edged in terms of its humor, but it doesn’t seem to foremost motivated by the anger that sometimes overwhelms political comedy.

I certainly feel angry about all of the issues, but I’ve felt like over my career that if I always come off angry, then everyone’s going to stop paying attention. Some of this comes from that I’m a 6’4”, 250 pound black guy who people expect to get angry. It’s the vessel you’re in — Bill Maher seems angry all of the time, but no one’s afraid of him. Maybe you should be. Maybe he’s a black belt or something. I’ve often had a way of going through life like “okay, everything’s cool. I have a problem, I’d like to explain it to you.” That’s just who I am. There’s nothing wrong with being happy to be there. I’m not very good at ironic detachment.

You moved to New York from San Francisco. What’s that been like, particularly in terms of incorporating New York into the show, like that recent segment where you went to Bay Ridge to ask people outside a movie theater about “Django Unchained”? 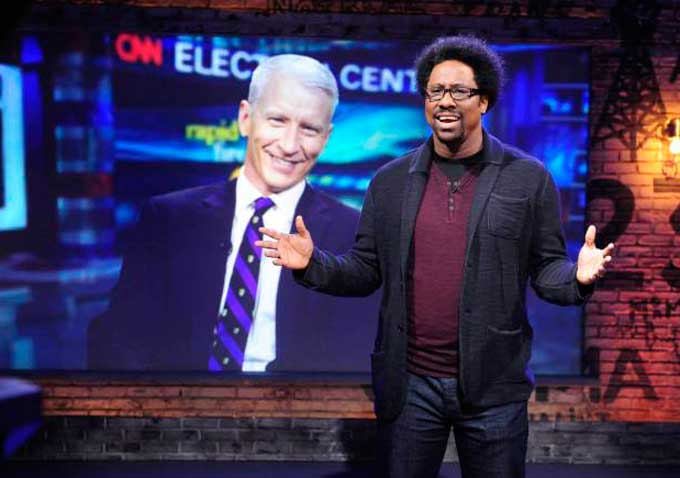 What has the experience been like in terms of the comedy scene in New York versus San Francisco?

Because of the show and the hours we work, I feel like I’m not a member of the New York comedy scene. I’m more a member of the New York TV production scene. I’ve been out a couple times, but it’s always been very specific. I feel very much like walking into that is an extension of the show, like Wyatt Cenac’s crowd is my crowd, we have a lot of crossover. I love the San Francisco comedy scene, but the city didn’t feel very excited about stand-up. In New York, the city feels excited about stand-up comedy. It really promotes people getting better faster and there’s a lot more stage time, where in San Francisco you really had to scratch it out. If you wanted to start your own room, you really had to work to get people in there.

Wyatt Cenac made a movie set in San Francisco called “Medicine for Melancholy.” Did you see it?

I did see it, actually. I think legally as a black dude in San Francisco I had to see it.

One of the recent “Totally Biased” episodes started with a segment featuring Reggie Watts about “Black Hipstery Month.” “Medicine for Melancholy” was released in 2008 and was about feeling isolated in a mostly white hipster scene — I was wondering if you felt that in those last five years there has been a change, that even if that sketch was about “the first black woman to laugh out loud at ‘Portlandia,'” that idea of black hipster is not so exotic as it feels in that movie.

I do think that if you’re a black hipster and you don’t want to be lonely, there are places in this country you can go. Oakland is one of those places and Brooklyn is one of those places. But certainly being black in America, if you want to find your kind, sometimes you have to search them out, and I think the Internet has made that easier. So even in the five years since “Medicine for Melancholy,” it’s much easier to find your people than it was when I was in high school.

Brooklyn has a very similar feeling to Oakland, where you can be black and weird and nobody’s going to be mad at you. The Brooklyn of today didn’t exist when I was a teenager, but man, if I was a teenager now — I look at black teenagers on skateboards in skinny jeans, like, “you have no idea how hard we had to fight to get you those.” 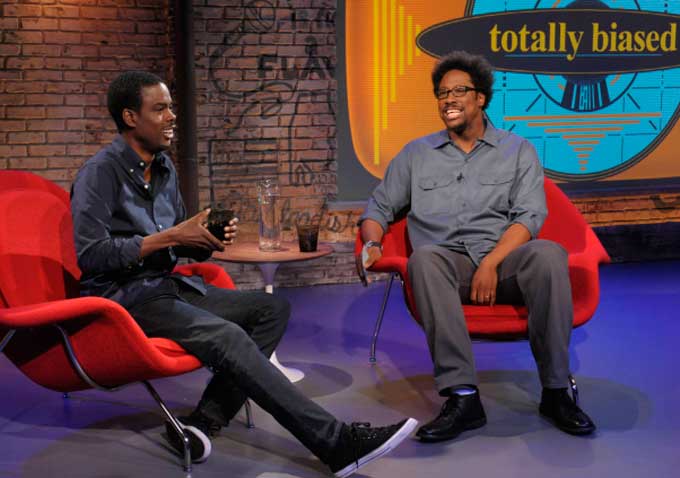 After that “Django Unchained” segment, I did really want to hear your thoughts on the movie.

I said something on the show this week that was about this — “being black is complicated.” [laughs] Tarantino’s existence as a director only proves that. “Django” is, in my mind, one of his better films, as far as there being a story from beginning to end and he follows it through and it resolves. But about five n-bombs in, I was like, “slow down, dude. I get it, you’re obsessed with the n-word, you’ve always been obsessed with it, and you’re finally in a place where you can use it as many times as you want to.”

I find him problematic, and yet I can still enjoy his movies. If I pay $15 to see a Tarantino flick, I’m probably going to get $15 worth of movie — but I’m also going to have to come out and have a discussion with my friends about it. And there’s nothing wrong with that — my only problem with Tarantino is when he runs away from the fact that he’s doing what he’s doing. You can do that, you have freedom of speech and you’re an artist, but don’t act like people are crazy when they want to talk to you about it. Don’t hide behind “historical accuracy” when the only way your movie was historically accurate was that America once had slavery.

Who’s the ideal guest you’d like to have on the show?

[laughs] The same way people can have conversations on our show that they can’t have elsewhere, because of who I am and because of who the audience of the show is, I feel there’s an entire conversation to be had with Denzel Washington. Not only are you one of Hollywood’s A-list actors, but you’re kind of carrying the baton for black people. He’s maybe the last actor in Hollywood who really had to do that — Will Smith can if he wants to, but he doesn’t have to. But Denzel Washington — basically it was Sidney Poitier to him, and there’s a sense, watching his career, that he’s aware of that. I want to talk to him about that, about being, basically, the King of Black America, and the pressure that you feel. He’s a guy I’ve always been fascinated by, in terms of how you become an A-list actor in Hollywood and not ever do something where black America was like, “I can’t believe he did that.” That’s a really hard tightrope to walk. He was in a movie with Julia Roberts, and they didn’t kiss. I’m sure that must have come up at some point. [laughs] There’s a conversation to be had with him that isn’t had. He wouldn’t want to have it with me, but I would like to try.