Watch: Trailer for Julianne Moore's Five Years in the Making '6 Souls' Lands With a Thud 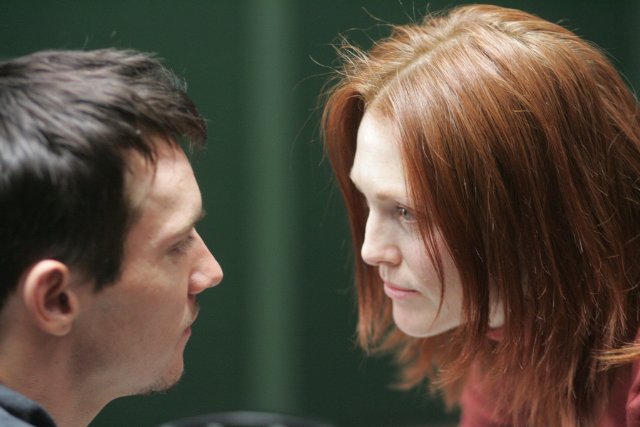 Five years after initial photography began and three years since its completion, the Julianne Moore and Jonathan Rhys Meyers starring supernatural thriller “6 Souls” is finally preparing for its U.S. VOD and theatrical release via distributor RADiUS-TWC, who yesterday released a trailer for the film.

The thriller follows Moore as Cara Harding, a forensic psychiatrist who, after the death of her husband, takes on a particularly bizarre case of multiple personality disorder in patient David Bernburg (Meyers). After realizing that each of his personalities are those of past murder victims, she begins to investigate the real cause of David’s disorder.

Originally titled “Shelter” upon its initial announcement in 2008, the film has been in release limbo since being canned by original distributor Dimension Films. The wait has been so long that its two directors Måns Mårlind and Björn Stein were able to film, edit, and release 2012’s universally panned “Underworld: Awakening,” in the period between this film’s completion and release.

“Souls,” has quite a bit more star power going for it than “Underworld,” but if the trailer is any indication, don’t expect too much more when the film finally sees release. Throughout 2010 and 2011, “6 Souls” was distributed in a variety of foreign markets both in theatrical and home releases, and was met with largely negative reactions from both critics and audiences, only grossing around $800,000 during its run.

“6 Souls” is currently slated by RADiUS-TWC with a March 1 VOD release and an April 5th limited theatrical release. Check out the trailer below.