Meet the 2013 SXSW Filmmakers #23: Bryan Poyser Moves From Cathartic to Comedic With 'The Bounceback' 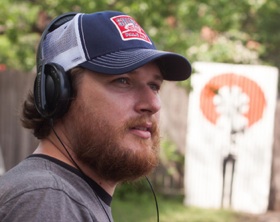 Bryan Poyser has been making movies in Austin for almost 20 years now — three features and
a half-dozen shorts. During that time he also graduated from the
University of Texas, co-founded a film festival, moved to Boulder,
Colorado for a year and then came back, worked several awful corporate
jobs, spent five years as the Director of Artist Services at the Austin
Film Society, got nominated (and lost) two Independent Spirit Awards,
had an unfortunate real estate adventure, ran a half-marathon, found a
passion for karaoke, and married an incredible woman. So, he’s kept
plenty busy in between projects.

What it’s about: “The Bounceback” is an outrageous comedy about love and revenge in Austin, Texas.

What it’s really about: “It’s a sweaty, grungy, sexy, beer-soaked, romantic, music-fueled tribute
to the only city I’ve ever called home – Austin, Texas. And there’s Air
Sex. If you don’t know what that is, YouTube it and shake your head in
wonder and embarrassment.”

On the biggest challenges: “The casting process for this film took
over a year. I guess it shouldn’t have been such a huge surprise since
we had 6 lead roles to fill. Once the two co-writers and I got the
script where we wanted it to be, we started sending it out to agencies.
We then got to meet a lot of young, talented actors, sometimes in
person, sometimes only via Skype. At various points, we’d have all 6 of
the leads, then we’d lose a couple, gain one more, lose another 3. It
was the first time I’ve ever gone through that process – for my previous
films, I’ve either written parts specifically for actors I know, or
just done casting locally in Austin. But, we ultimately ended up with
the exact right cast for the movie. Everyone brought so much more to
their parts than what was on the page.”

What he hopes audiences will walk away with: “This is frankly the first time I’ve made a film where I want audiences
to feel good at the end, and not like they’ve been put through a tough,
cathartic experience. The other films I’ve made definitely had humor and
(hopefully) some entertainment value, but my agenda with them was to
really challenge an audience to go along on a ride that might be
unpleasant at times, peopled by characters who sometimes do awful things
to each other. This one is challenging, too – we try to push the
envelope with some pretty raunchy humor – but at the end, I want people
to feel like they took a fun, even joyful ride with flawed but lovable
characters.” 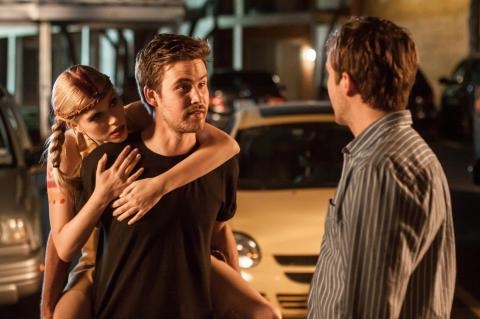 What’s next: “The next project is an original script of mine called “San Miguel”. It’s about a sister and brother who chase their father down to
Mexico after he abandons their mother. But, he doesn’t want to be found
and he gets his new friends in the expatriate community of San Miguel de
Allende to thwart their attempts to find him. It’s a dysfunctional
family chase comedy, but it also flirts with darkness and tragedy. I’ve
been developing it for a couple years with Megan Gilbride, who produced
“The Bounceback” and “Lovers of Hate,” my last feature. We hope to shoot it
before the end of the year.”

Indiewire
invited SXSW Film Festival directors to tell us about their films,
including what inspired them, the challenges they faced and what they’re
doing next. We’ll be publishing their responses leading up to the 2013
festival.

This Article is related to: Festivals and tagged Bryan Poyser, Meet the 2013 SXSW Filmmakers, South By Southwest Film Conference and Festival (SXSW)