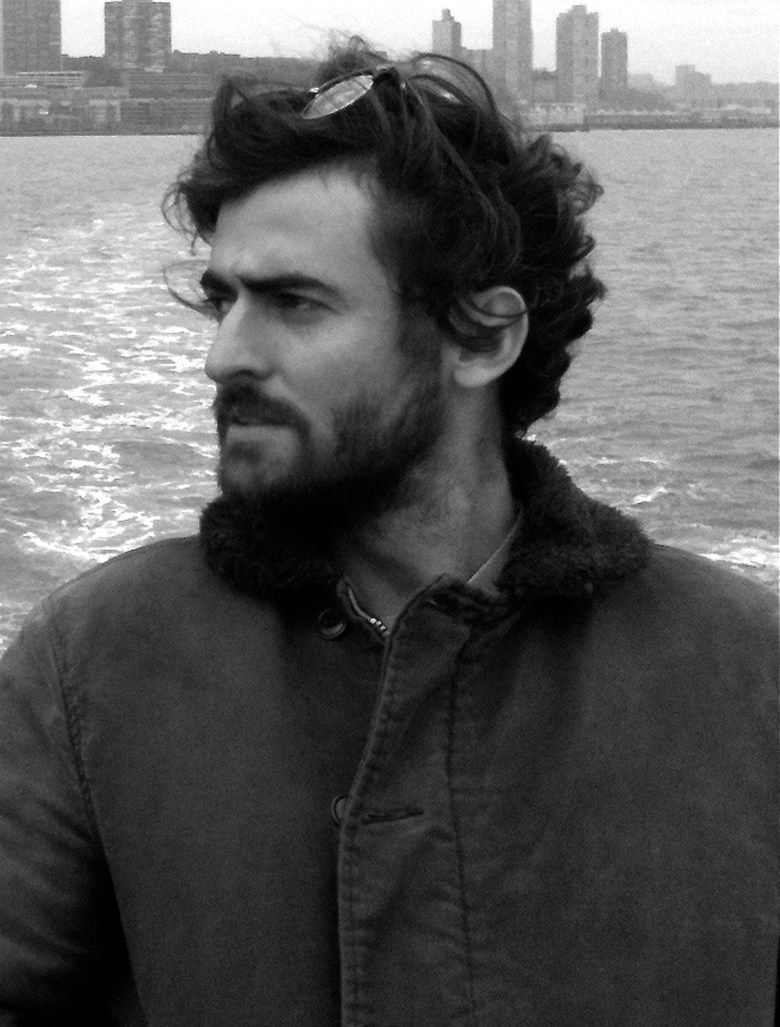 First time filmmaker Carlos Puga, formerly a documentarian for MTV’s “True Life,” had known for awhile that he wanted to make narrative films. When his short “Satan Since 2003” experienced success at Sundance, he finally set out to make his first feature, and in doing so landed a great cast including Christopher Abbott (“Girls”) and Gaby Hoffman (“Crystal Fairy”).

What it’s about: “Burma” is the story of a sibling reunion that is sent reeling with the arrival of an unexpected and unwelcome guest.

Tell Us About Yourself: I was born in Chile and raised in Miami, FL. After high school I moved
to New York and attended The Stern School of Business at NYU, where I
received a Bachelor of Science degree in Economics. Interesting stuff,
but not really the career path I was planning on. During the college
years I also studied directing and acting at various studios around the
city. In 2003 a friend of mine from high school asked me to help her
shoot for an episode of MTV’s documentary series, “True Life”. I’ve been
producing and directing episodes ever since and in 2009 I won a Daytime
Emmy Award for that work. I’m still not quite sure what to do with the
statue, it seems a bit ostentatious to just have out on the coffee
table, even if placed there ironically. In 2011 my short film “Satan
Since 2003″ premiered at The Sundance Film Festival and then also
screened at SXSW, AFI Fest, Rooftop Films, and a few others. It’s a
mockumentary about a Richmond, VA moped gang. Those guys are pretty
cool. Um, what else… I like to surf, I’ve never had a cup of coffee,
and I eat dessert after pretty much every meal.

What else do you want audiences to know about your film? I’d like audiences to know that all of its flaws are completely intentional. Coming into this as a first-timer, I was lucky to be surrounded by
incredibly talented people. Our cast was incredible and thankfully took
all of the hard stuff out of my hands. Chris Abbott and Gaby Hoffmann
deliver performances far more powerful and rich than anything I
envisioned when I wrote the script, they really make the movie come
alive. And Chris McCann delivers a truly haunting performance that walks
the line between likable and creepy in a seemingly effortless manner.
As far as directing performances, I take zero credit, our actors were
top-notch. Our DP Tom Richmond gave the movie a rich and deep look that
became a character in the film. And my producers, Brett Potter, Grant
Curatola, and McCabe Walsh, can’t say enough about them, even with no
money and a clueless director they were able to move heaven and earth to
make this movie happen.

What was your biggest challenge in developing this project? My biggest challenge was just deciding to fucking do it. I had
known that I wanted to make a film for 15 years, but could never settle
on one script or fully develop one concept. After my short played at
Sundance I figured the time was now, so I decided I would write and
shoot a feature film within the year. I wrote Burma that summer and
started shooting in the fall. And now it’s premiering at SXSW. So there.
At the end of the summer I had a script I wanted to make, but no clue
how to even start the process. My best friend, McCabe Walsh, had just
graduated college in NY and moved back to Boston where his parents had
set up an interview with a family friend at an auto dealership. McCabe
was gonna be selling BMWs by week’s end. Even though he knew about as
much as I did about making movies, I knew I couldn’t do it alone, it was
too daunting, I needed someone there to take the plunge with me, even
if it was just to be alone in failure. So I texted him and asked if he
wanted to help me. His response was “I’ll be on the first train in the
morning, let’s make a fucking movie.” For a couple weeks we were
literally placing craigslist ads for cast and crew, holding castings in
my living room. Until fortuitously we were put in contact with Brett and
Grant at Calavera and they came on board. Those guys took the reins and
produced a movie from scratch within a couple of months.

What do you have in the works? My current project is quite a departure from the subject matter
of “Burma.” It’s a violent thriller complete with guns and murder that I
wrote with my friend McCabe Walsh. Why? Because we feel guns and
violence are grossly underrepresented in film.

Indiewire invited SXSW directors to tell us about their films,
including what inspired them, the challenges they faced and what they’re
doing next. We’ll be publishing their responses leading up to the 2013
festival.

This Article is related to: Festivals and tagged Meet the 2013 SXSW Filmmakers, SXSW