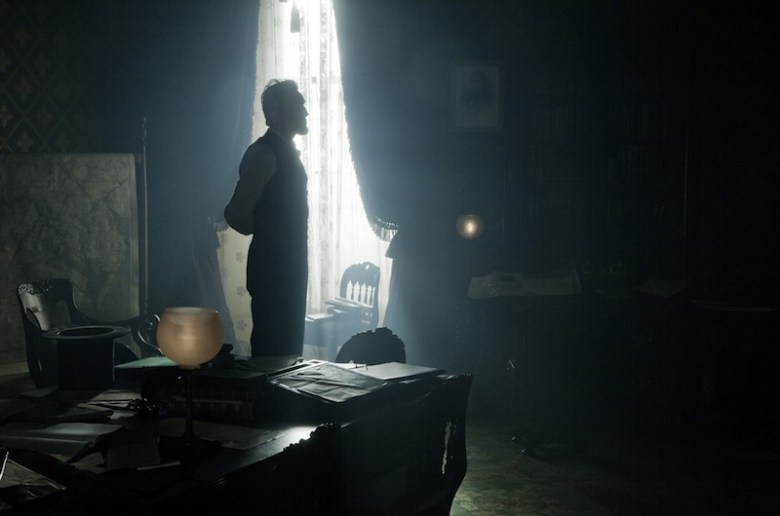 “The movie is at its heart a ‘West Wing’-ish political drama, talky and detailed, submerged in legislative maneuvering, shot in patient, unflashy golden tones by a subdued Spielberg.” — Eugene Novikov, Film Blather

More divisive is Andrew Dominik’s long-awaited follow-up to “The Assassination of Jesse James by the Coward Robert Ford,” the more reasonably (and briskly) titled “Killing Them Softly:”

“This symbolism is all a little too neat but it’s also hard to quarrel with Dominik. These wise guys do business with the same carelessness as Wall Street only not so many people get hurt.” — Kirk Honeycutt, Honeycutt’s Hollywood

From Denmark, the Oscar-nominated “A Royal Affair” also arrives:

“Nicolaj Arcel’s Danish history lesson avoids several of the most glaring pitfalls of the genre — it is both illuminating and eminently entertaining.” — Piers Marchant, Sweet Smell of Success

This divisive Tim Heidecker vehicle from Rick Alverson may not play like a comedy, but it’s bound to get you thinking:

“The Comedy“
Criticwire Average: B (38 ratings)

“The film’s director and writers are, it seems, very careful in allowing the film to have a deliberately vague sensibility, turning it into a cinematic Rorschach test.” — Josh Spiegel, Sound On Sight

But don’t miss “Easy Money,” which received lots of acclaim despite never getting a chance in the spotlight:

“Thanks to sharp direction from Daniel Espinosa, the interlacing stories come together in a way that feels more organic than calculated.” — Allison Loring, Film School Rejects

This Article is related to: News and tagged A Royal Affair, Easy Money, Killing Them Softly, Lincoln, The Comedy