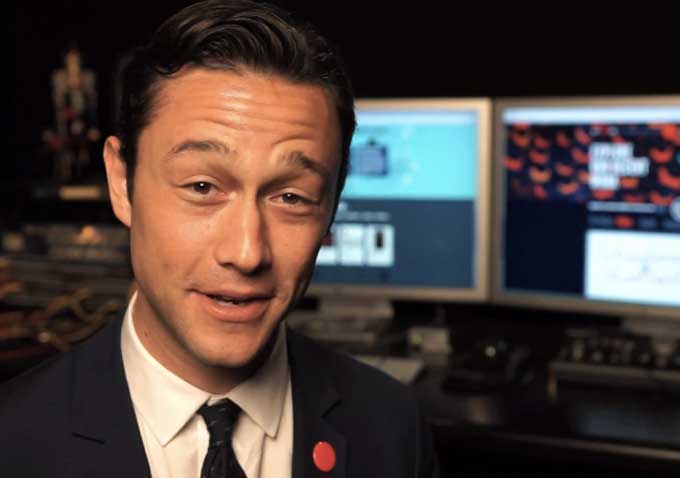 Today, Participant Media announced the name and first round of programming for its new TV network, one that was first announced in December and that will launch August 1st. pivot will take over The Documentary Channel, which Participant purchased last year, adding in the distribution assets of Halogen TV. As with the company’s work in the world of film (work that’s included features from “Syriana” to the current release “Snitch”), pivot is intended to combine a push toward social change with sustainable entertainment, with the network aggressively pursuing a young Millennial audience with planned shows from Joseph Gordon-Levitt’s hitRECord and frequent Baz Luhrmann collaborator Craig Pearce.

pivot is initially only going to be available to around 40 million homes, but network head Evan Shapiro, who comes to the role after serving as President of IFC (where, full disclosure, this writer once worked), announced an interesting and theoretically game-changing distribution plan. While the network will be made available via the usual cable packages along with liberal TV Everywhere rights, it will also be available for monthly subscription to broadband Internet subscribers — in other words, it will do something close to the equivalent of what HBO talks about when its CEO considers making HBO Go available for an additional fee on top of your Time Warner internet bill without needing to pay for cable.

Of course, HBO has been around for years and is entrenched in the cable world — it has a lot more business to lose in terms of affiliate fees from cable providers, while Participant is new and aiming for a young audience in the habit of streaming their TV online as often as they watch it live, if not more so. Broadband subscribers will be able to use the network’s app to access it in both linear and VOD fashion, and to use a “Take Action” button at the bottom of the screen to find out more, sign petitions or volunteer to help a cause related to the programming they’re watching. 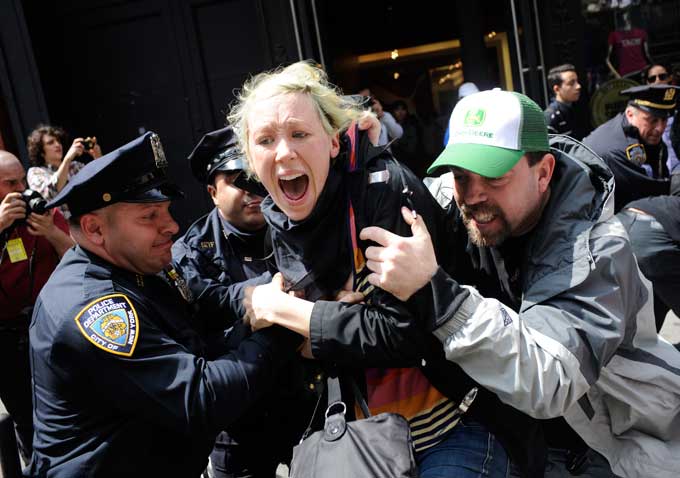 The programming at launch will consist of the world television premieres of Participant docs “Last Call at the Oasis,” “State 194” and “A Place At The Table” as well as “We Are Legion,” “Terms and Conditions” and “99%—The Occupy Wall Street Collaborative Film,” which were acquired on the festival circuit.

The network will also kick off with “TakePart Live,” a live news show that will air every weeknight, and will fill out its schedule with rerun airings of “Friday Night Lights,” Canadian comedy “Little Mosque” (currently streaming on Hulu) and “Farscape.” The rest of the network’s original programming, which includes a variety show hosted by Joseph Gordon-Levitt using content from his hitRECord collaborative production company and a scripted series from “The Great Gatsby” and “Moulin Rouge!” writer Craig Pearce, is listed below.

HITRECORD ON TV!
Producer: Joseph Gordon-Levitt/Brian Graden Productions; Lois Curren, Brian Graden,
Gaurav Misra
A new take on the variety show, hosted by Joseph Gordon-Levitt who directs countless artists from his global online community – hitRECord – to create short films, live performances, music, animation, conversation, and of course, more! Each episode focuses on a different theme as Joe invites and encourages anybody with an internet connection to join him and contribute. Are you RECording? (7 x :30)

TAKEPART LIVE
A one hour, no-holds-barred live show, begins with a live-streamed pre-show midday where viewers help build the show they will see on air that evening. Equal parts serious discussion and comedic take on the daily headlines, “TakePart Live” will bring celebrities, activists, newsmakers and viewers together to discuss and decode the events that make up the fabric of daily life and how to act on the stories that move us. The nightly show will also be fully second-screen enabled, featuring live interaction with the cast, polling, social media sharing and more. Additionally, there will be a live-streamed pre-show on the network website and Takepart.com.

JERSEY STRONG
Producer: Mark Benjamin and Marc Levin
From the team behind the Peabody Award winning series, “Brick City,” this Newark-based docu-soap chronicles the lives of two families from parallel universes — the street and the executive suite. Former Blood (Jayda) and Crip (Creep) gang members are raising two kids while pursuing their careers and following their dreams. Jayda is working to build mentorship programs for young women in Newark, while Creep balances a day job in sanitation with his dream of launching a comedy career. Brooke is a trial attorney balancing the stress of high stakes litigation with the real life drama of raising two college-aged kids with her partner in life and business — Maggie. “Jersey Strong” will explore Newark’s warm center and tough exterior through the eyes of two unconventional families striving to achieve the American Dream. (10 x :30 )

WILL
Writer: Craig Pearce (“The Great Gatsby”, “Moulin Rouge”, “Romeo + Juliet”)
Executive Producers: Craig Pearce, Vince Gerardis (“Game of Thrones”), Louise Rosager, Howard Braunstein, Christina Wayne, Hilary Bevan Jones
A one-hour scripted series by Cineflix Studios Inc. about young William Shakespeare. Will is a young man from the wrong side of the social, political and economic tracks who, against all the odds, sets out to do that most modern of things: create his own destiny. Set in young Will’s crazy, intense, violent and sexy Elizabethan London, “WILL” is a period piece – but not as we know it. A hip sound track, contemporary shooting style and edgy production design will create a world that is fast, fresh, dangerous, and totally unique. (10 X :60)

UNIVISION NEWS AND LATIN WORLD ENTERTAINMENT DOCUMENTARY SERIES
Through an innovative and groundbreaking joint venture, Univision News, the news division of the leading media company serving Hispanic America, Latin World Entertainment, the premiere Hispanic talent management and entertainment marketing firm in the United States and pivot will join together to a produce and market a series of ten compelling documentaries drawn from the headlines and produced in both Spanish and English. Univision News is no stranger to millennials, often beating the ratings of other major networks in the 18-35 demographic. Its mission to inform, educate and empower Hispanic America is perfectly aligned with pivot’s goals. (10 X :60)

Gordon-Levitt explains his new show in video form below.