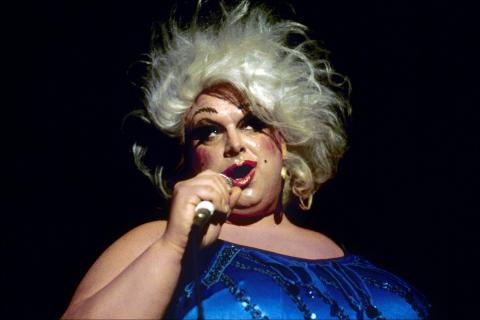 Coming on the heels of some exceptionally strong LGBT docs at both Sundance (Marta Cunningham’s “Valentine Road” and Roger Ross Williams’ “God Loves Uganda”)  and Berlin (Sébastien Lifshitz’s “Bambi” and Angela Christlieb’s “Naked Opera”), SXSW continued what is clearly shaping up to become a banner year.

In its previous two editions, SXSW was the theatrical birthplace of both Andrew Haigh’s romantic drama “Weekend” and Jonathan Lisecki’s gay man/straight girl romantic comedy “Gayby,” establishing the festival as just as reliable a place to find quality queer narrative films as its two aforementioned predecessors.  But this year was all about non-fiction. Three documentaries — Malcolm Ingram’s “Continental,” Jeffrey Schwarz’s “I Am Divine” and PJ Raval’s “Before You Know It” — each premiered at the fest, and each will deservedly be a highlight at the scores of doc and LGBT-focused festivals they’ll surely screen at over the next year. (Having your film be both LGBT and non-fiction — and good — really opens up those specialty festival doors.)

“Continental” and “Divine” would make a fine double feature at any of those fests. Both follow a conventional (though rightly so) format of talking heads (they even share a few in Holly Woodlawn and Michael Musto) mixed with archival footage, and both take on the ups and downs of iconic subjects that rose out of the late 1960s: dearly departed actress, singer and John Waters muse Divine, and long-closed New York City gay social hub and entertainment complex The Continental Baths.

Certainly the more tragic of the stories is “Divine.” What’s a good bathhouse compared to one of the most fabulous, transgressive people to ever almost cross into mainstream American culture? But while Schwarz’s documentary is framed around the 1988 death of then 42-year-old Harris Glenn Milstead — the man behind Divine — it is mostly a loving, hilarious (there is no talking head like John Waters’) and complex tribute to a man and his female alter-ego, both of whom lived their lives to the fullest. It takes us from Milstead’s challenged Baltimore upbringing as an overweight kid (where he grew up just blocks from Waters, though the two didn’t cross paths until they were both 17) to the night he died in his sleep (“of happiness,” friend and manager Bernard Jay says in the film). It was the night before he was to shoot an episode of “Married… With Children”– a significant career goal in that he was hired as Glenn, not Divine.

“Divine didn’t consider
himself to be a drag queen,” Schwarz told Indiewire. “He was a skilled actor who specialized in
playing the female lead. Those are always the best roles anyway. Divine
was a fantastic performer, a great actor and a warm, generous person
who couldn’t have been more different from the roles he played. With
this film I wanted people get to know the man underneath the wigs and
the eyeliner and the hairspray — the sweet, soft-spoken guy with so much
love in his heart.” 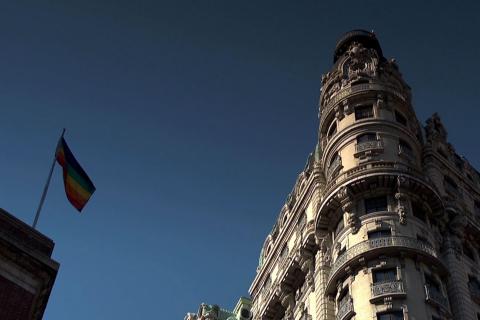 But mostly, Schwarz said, he wanted kids who didn’t grow up with Divine in their lives to “get to know this larger than life character who can inspire them to be whoever
they want to be.” And indeed, the film must be watched by anyone who thinks, say, Lady Gaga is transgressive. Mother Monster has nothing on who Schwarz rightfully proclaims “the Queen Mother of us all.”

Meanwhile, the clear Queen Mother in the bathhouse depicted in Ingram’s “Continental” is another Divine, The Divine Miss M. The bathhouse is indeed the one in which Bette Midler (and Barry Manilow, who accompanied her on piano, often just in a towel) got her start. Though Midler is not a talking head in the film (unsurprising given she was quick to distance herself from the baths once she got more famous), Ingram’s documentary is not simply about the many celebrities that either performed at the baths (LaBelle, The Pointer Sisters, Peter Allen, Lesley Gore and The New York Dolls among them) or simply passed through them at their peak (allegedly Woody Allen, Diane Keaton, Mick Jagger, Salvador Dali, Johnny Carson and Alfred Hitchcock all did). It’s about a fascinating  institution that beyond being a really good time (if there’s ever a doc that made me wish I had a time machine…), really pushed forward gay visibility.

“I would like audiences to realize — like I did while shooting this
project — what a remarkable touchstone the Continental Baths were to so
many things that came after it,” Ingram told Indiewire. “It broke new ground by being a safe,
comfortable and clean place for gay men to congregate, celebrate,
converse and fuck. It was instrumental, not only as a haven, but as a
beacon of acceptance. It was at the Continental, through the live
cabaret, where all kinds of people intermingled, creating a curious and
fascinating mix of sexuality and class that helped pave the way for
greater tolerance of the gay community.”

It certainly should be required viewing for anyone interested in the history of American gay culture. But what should perhaps be the most required viewing of any of these docs — particularly for younger people — is PJ Raval’s “Before You Know It.” 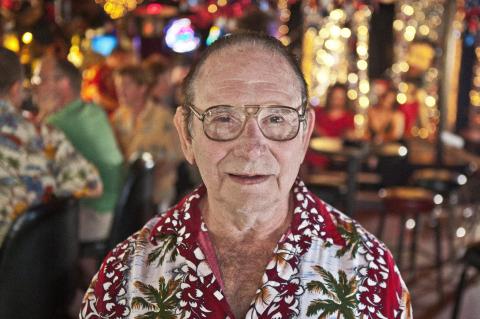 It might not be a sexy topic like same-sex marriage (or bathhouses, or Divine), but one of the biggest and often ignored issues facing LGBT communities today and tomorrow is the fact that there is a rapidly aging population within them that is not properly being cared for.

There are an estimated 2.4 million LGBT Americans over the age of 55. As a demographic, they are five times less likely to access social services than their heterosexual counterparts, half as likely to have health insurance coverage, and 10 times less likely to have a caretaker if they fall ill. And unfortunately there is not much attention being paid to them by their younger LGBT counterparts (or anyone else, for that matter).

Which is one of the reasons that PJ Raval’s documentary “Before You Know It” is such a crucial new edition to the LGBT doc canon. Following three different LGBT seniors each facing a different array of issues, it affectingly personifies an increasingly forgotten generation of queer folks.

“Overall, society desexualizes seniors, even though someone who identifies as gay is being defined by their sexual identity,” Raval told Indiewire. “The two terms ‘gay’ and ‘senior’ are almost at odds. So one challenge has been linking the two and getting people to understand self-discovery, including sexual identity, occurs at all ages — even when you’re 80. Early on in development people asked ‘why look at gay seniors?’ and I would say because they are an extreme example of those facing ageism, loneliness, and also people in search of a community. However, though the documentary captures the unique experience of three gay men over the age of 60, the film is really about aging and growing older which is a universal experience. As Robert, one of the characters in the film, so eloquently states, ‘You never think about getting older when you’re younger, but before you know it creeps up on you and you’re there already.'”

While Robert’s quote and the film in general might sound very depressing, “Before You Know It” is as uplifting and it is devastating. Raval makes you want to be friends with all three of his subjects by the time the film’s over, and hopefully that will throw people out of the theater and into the streets trying to befriend the first LGBT senior citizen they can find.  While “I Am Divine” and “Continental” might be pivotal in exposing young queer people to the culture that came before them, “Before You Know It” alerts them to the fact that many of the people that were part of that culture and paved the way for the relatively remarkable freedoms of today are still around and are still indeed divine.

“Que(e)ries” is a column by Indiewire Senior Writer Peter Knegt.  Email him for suggestions for future columns at peter@indiewire.com. He’d love for it to a be a collaborative effort.

This Article is related to: Features and tagged Before You Know It, I Am Divine, Jeffrey Schwarz, Que(e)ries, South By Southwest Film Conference and Festival (SXSW)