By Eric Kohn and Matt Singer 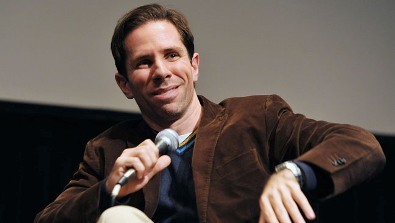 Less than four months after he left the Film Society of Lincoln Center’s programming department to take the job of principal film writer of The Village Voice and the Voice Media Group, Scott Foundas is on the move again, this time to Variety, where he will become chief film critic.

The trade publication announced this evening that Foundas would take on the new role in place of Variety‘s current top two critics, Justin Chang and Peter Debruge, who will continue to contribute to the publication as senior film critics. The move marks a return to a sole lead critic at the publication, a spot held for several decades by Todd McCarthy until he was let go in 2010. McCarthy currently holds a similar position at The Hollywood Reporter.

Foundas’ history with Variety stretches back to his college days, when McCarthy began assigning him reviews while Foundas was still an undergraduate at USC.

Prior to moving to New York to work as the Associate Programmer at the Film Society of Lincoln Center, Foundas served as the film critic for several years at the L.A. Weekly. During his tenure at the Film Society, Foundas was long-rumored to be first in line to replace now-retired Film Society director Richard Peña; after that position instead went to the team of Kent Jones and Robert Koehler, Foundas made his way back to Voice Media. But rumors of problems at the troubled alt-weekly chain suggested that no writer’s job there was particularly secure (Nick Pinkerton left the chain just under a month ago, and had less than kind words for the company at the time of his departure). Variety, which recently changed ownership and relaunched with a new design, has sunnier prospects in its more immediate future.

Foundas, who opened a Twitter account in recent months, has yet to comment on the move — although he has already updated his Twitter bio to reflect his new job. If you’re interested in hearing him talk about the critical practice, however, we recommend listening to this panel that Criticwire hosted in New York a few weeks back.

“Scott Foundas has been called one of the greatest film critics of his generation and we couldn’t agree more,” said Michelle Sobrino, publisher of Variety.  “His reviews and essays on film are thoughtful and well informed.  The addition of Scott to our existing team of critics—including chief television critic and media columnist Brian Lowry—reinforces Variety’s commitment to being the authoritative source on film, television and theater reviews.”

Prior to joining The Village Voice, from 2010-2012 Foundas served as associate program director for the Film Society of Lincoln Center, where he was also a contributing editor to Film Commentmagazine and a member of the New York Film Festival selection committee. From 2003-2009, he was film critic and editor for the Voice’s sister paper in Los Angeles, LA Weekly, where he was twice a finalist for the Association of Alternative Newsweeklies’ AltWeekly award in the category of Arts Criticism, and was named Critic of the Year at the Los Angeles Press Club’s National Entertainment Journalism Awards.

From 2004-2008, he was also the film critic for the nationally syndicated Mark & Brian radio show.  A native of Tampa and a graduate of the USC School of Cinema-Television, Foundas began his career as a regular contributor to Variety, has written for Indiewire, The New York Times and the DGA Quarterly, and has been a special consultant to the Cannes Film Festival. He is also a member of the National Society of Film Critics.

“Scott is simply the best.  He’s bright, eloquent and courageous in his ability to stick his neck out for the films he loves, be it obscure art cinema or blockbuster entertainment.  Justin Chang and I have been admirers of Scott’s work for years and couldn’t be more excited to welcome him back into the Variety fold,” said Debruge.

UPDATE, 3.26.13: Foundas provided Indiewire’s Anne Thompson with more information about his decision move from the Voice to Variety, insisting that the trade’s offer was “too tempting to refuse” and that the move:

“…reflects absolutely nothing about my feelings for the Voice, which has been unfailingly generous to me in both of my incarnations there. Working there was an incredible platform for me, as I’m sure it will be for the next staff critic(s) to come… After meeting with Jay Penske and Claudia Eller, I was excited by their clear dedication to rebuilding revitalizing Variety from the ground up.”

This Article is related to: News and tagged Film Critic Jobs, Scott Foundas