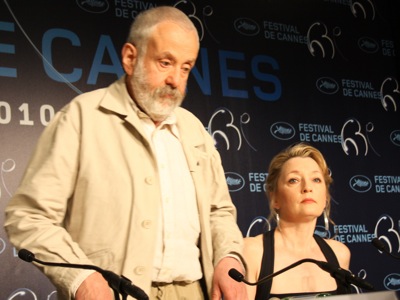 Sony Pictures Classics has acquired all North/Latin American and Eastern European rights to Mike Leigh’s upcoming biopic of British artist J.M.W. Turner, staring Leigh regular Timothy Spall. The film, which is currently untitled, has been in development for over a decade. Sony dubbed it “his most ambitious film yet” in their release. Leigh is aiming to begin production this spring for a 2014 release.

“Turner as a character is compelling,” Leigh said in the announcement. “I want to explore the man, his working life, his relationships and how he lived. But what fascinates me most is the drama that lies in the tension between this driven eccentric and the epic, timeless world he evoked in his masterpieces. I also see rich tragic-comic potential in his often turbulent relationship with the English Art Establishment, especially in his later years, when his increasingly radical work was misunderstood and derided.”