Tribeca Film Festival Will Screen 'The Birds' and 'Beetlejuice' at the Tribeca Drive-In; Other Free Events Announced 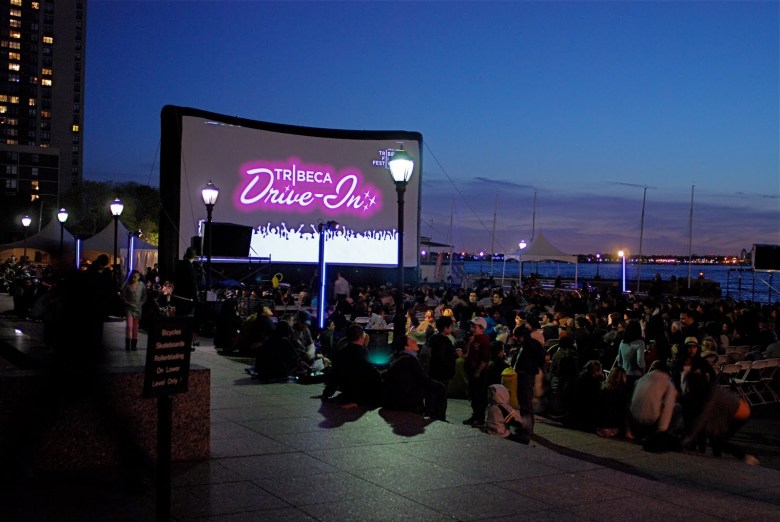 The Tribeca Film Festival announced their signature Tribeca Drive-In movie series today along with the full lineup of the festival’s other free community events, including the Street Fair, Sports Day, and new additions.

In partnership with MoMA PS1, the festival will offer a special TFF
screenings of Michelangelo Frammartino’s (“Le quatro volte”) “Alberi”
and Sam Fleischner’s “Stand Clear of the Closing Doors.” “Alberi,” a
sonic journey through the Italian countryside will run as a free
installation at the VW Dome at MoMA PS1 and “Stand Clear,” about an
autistic boy who skips class for a day-trip on the NYC subway, will
screen at VW Dome 2 in the Rockaways in partnership with Rooftop Films. 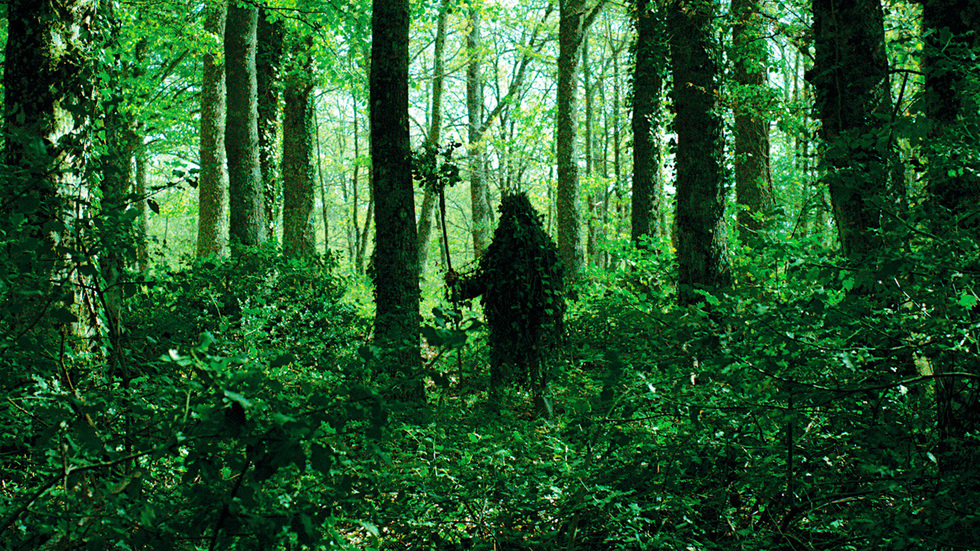 Genna Terranova, the festival’s Director of Programming, said “We
are excited to continue to build our public programming with a variety
of free exhibitions that celebrate storytelling and innovation and
engage the New York creative community.”

The festival’s annual Street Fair will feature the new Tribeca Studios Backlot, which will transform the streets of downtown into an interactive movie set, as well as the Tribeca Food Feast where visitors can watch local chefs cook on a show kitchen stage. The street fair will also include live Broadway performances, puppet shows, and a sneak preview of this summer’s upcoming “The Smurfs 2.”

“Free events that foster culture and community have long been a cornerstone of the Festival mission,” said Peter Downing, Creative Director and Producer, Tribeca Family Festival.

“We are looking forward to once again welcoming families from downtown as well as New Yorkers from across the city to experience the fun and energy of our signature Street Fair and Sports Day, and to introduce new programs like the Tribeca Studios Backlot and Tribeca Food Feast that are sure to delight visitors of all ages.”

The festival runs from April 17- 28. See the festival’s free events lineup on page 2…

Thursday-Saturday, April 18-April 20
8:15 p.m.; doors open at 6 p.m.
Brookfield Place (World Financial Center Plaza)
Co-sponsored by AT&T and JetBlue, and hosted by Brookfield
TFF’s
outdoor screening series features the following films for this year’s
Tribeca Drive-In. The free evening of cinema under the stars is open to
the public, and seating is available on a first-come, first-served
basis. Doors open at 6 p.m. The programs will also begin at 6 p.m., with
screenings starting at dusk (approximately 8:15 p.m.).

“The Birds”–Thursday, April 18
Celebrate
the fiftieth anniversary of one of the greatest thrillers ever made! A
casual boy-meets-girl story takes a turn toward the extreme when the
couple lands in the tiny town of Bodega Bay, California, just in time to
witness its sizable population of birds attack. Alfred Hitchcock, the
Master of Suspense, directed this nightmarish fantasy starring Tippi
Hedren, Rod Taylor, Jessica Tandy and Suzanne Pleshette. Courtesy of
Universal. Come early for classic movie trivia contests and other chances to win great prizes.

“Beetlejuice“–Friday, April 19
Two
just-arrived ghosts discover that scaring away the new residents of
their old house is not as easy as saying a name three times. This
beloved comedy from 1988 was the perfect vehicle for Tim Burton’s unique
style and vivid imagination. Michael Keaton plays the title role with
maniacal relish and a dark edge of menace, alongside co-stars Alec
Baldwin, Geena Davis, Catherine O’Hara and Winona Ryder. Courtesy of Warner Bros. Take part in a ghoulish costume contest, face-painting and family-friendly activities before the film. 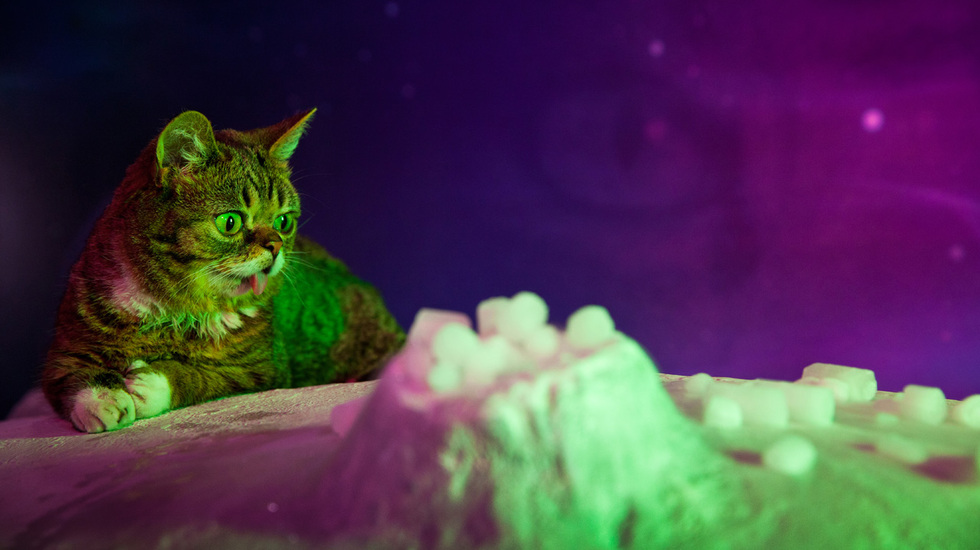 “Lil Bub & Friendz”–Saturday, April 20
Called” the most famous cat on the Internet,” the wide-eyed perma-kitten Lil
Bub is the adorable embodiment of the Web’s fascination with all things
cats. Join Lil Bub and her owner on wild cross-country romp as they meet
the Internet’s most famous cat-lebrities. Meet adorable kitties, see
hilarious videos and hear from the dedicated cat enthusiasts who love
them.

Saturday, April 27
10 a.m.-6 p.m.
Greenwich Street (between Chambers Street and Hubert Street)
Presented by American Express
The Tribeca
Family Festival, presented by American Express, will feature the annual
Street Fair on Saturday, April 27, from 10 a.m. to 6 p.m., on Greenwich
Street from Chambers Street to Hubert Street, and at venues throughout
the Tribeca neighborhood. The fair, a Festival favorite, is free and
open to the public, and promises to be a day of family fun and lively
entertainment.

Activities
and performances throughout the Street Fair will bring storytelling and
filmmaking to life. The celebration will include talented performers,
dancers, stilt walkers, Broadway performances, arts and crafts, face
painters, puppet shows, music, games and much more. Students from dozens
of local schools will also be at the fair with live performances and
vibrant student artwork. The Street Fair will also host restaurants,
merchants and organizations from the Tribeca neighborhood. The American
Express Guest Information Booths will offer comprehensive Festival
information, including event, screening and neighborhood information.
More details and a map of events will be available in the coming weeks
at www.tribecafilm.com.

A
perennial favorite of the Family Festival Street Fair, the seventh
annual Tribeca/ESPN Sports Day will take place on Saturday, April 27,
from 10 a.m. to 6 p.m., on N. Moore Street (between Greenwich Street and
West Street). The Tribeca/ESPN Sports Day gives sports fan the
opportunity to engage in a variety of free, sports-related activities
that will include games, demonstrations and prize giveaways. In
addition, some of New York’s most popular athletes, mascots and sports
personalities will make guest appearances throughout the day.

Downtown Youth Behind The Camera

12 p.m.
SVA Theatre (333 West 23rd Street)
The
Tribeca Family Festival will once again present “Downtown Youth Behind
The Camera,” a program of short films made by elementary and middle
school emerging student filmmakers from the downtown communities of New
York City.  This year marks the 10th anniversary of this popular
program.

Note:
Admission is free and ticketed on a first-come, first-served basis.
Lines at BMCC begin 30 minutes prior to the start of the program.

GE FOCUS FORWARD: “The Long and Short of Innovation”

3 p.m.
Tribeca Film Center (375 Greenwich Street)
StoryCorps
is one of the largest oral history projects of its kind, and their
original animated shorts series features some of their best-loved radio
stories. The Peabody Award-winning and two-time Emmy-nominated
StoryCorps Animated Shorts feature the stories of everyday people, told
in their own voices and brought to life with animation from the Rauch
Brothers.

There will be screenings for two TFF titles in partnership with MoMA PS1.

Special event on Saturday, April 20 at 5 p.m.
VW Dome at MoMA PS1 (22-25 Jackson Ave. Long Island City, NY)
Presented in partnership with MoMA PS1
“Alberi” directed by Michaelangelo Frammartino. (Italy) –World Premiere, Documentary. Wrapping the audience in waves of sound, Alberi
takes us on a circular journey through the Italian countryside. The
marvelous natural music at the tops of the eponymous trees makes way for
the rhythmic cadence of civilization–men baring axes and the natural
clatter of daily life–before their unforgettable return home from the
forest. The singular artistry of director Michelangelo Frammartino (“Le quatro volte”) is beautifully displayed in this mesmerizing homage to nature. Italian with subtitles.

“Stand Clear of the Closing Doors”

Saturday, April 27
7 p.m.
MoMA PS1’s VW Dome 2 (1-94 Beach 95th St. Queens, NY)
Presented in partnership with MoMA PS1 and Rooftop Films
“Stand Clear of the Closing Doors,”
directed by Sam Fleischner, written by Rose Lichter-Marck and Micah
Bloomber. (USA) — World Premiere. When autistic teen Ricky is scolded
for skipping class, he escapes into the subway for a days-long odyssey
among the subway’s disparate denizens. Meanwhile, his mother wages an
escalating search effort above ground. Based on a true story and set in
Far Rockaway, Queens, in the days leading up to Hurricane Sandy, these
parallel stories of mother and son take the viewer on a touching journey
of community and connection in and below New York City.

This Article is related to: Festivals and tagged Lil Bub & Friendz, The Smurfs, Tribeca Film Festival