Decide Who Talks to the Tribeca Film Institute! Will It Be 'Yabanci,' 'Twenty Five,' 'Barker' or 'Shadowtrain'? 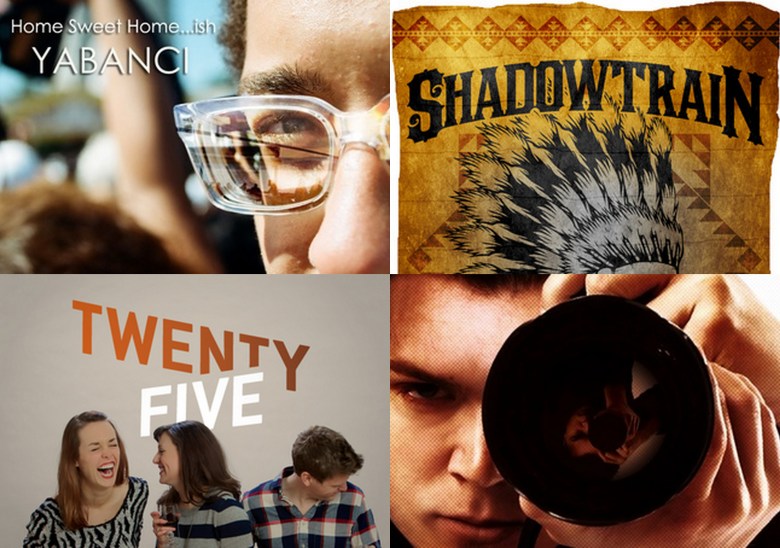 Voting will be open until Friday April 5 at 5 PM Eastern.

“Yabanci”, a multilingual comedy set in Istanbul, is the story of Mo, a
young adult about to leave to study in America. Mo is already an
expatriate living in a foreign land and on his last night in Turkey he
comes to face what home and friendship mean to him. It is a bittersweet
journey where he realizes what he has taken for granted, his best friend
Mina, his life in a beautiful city, and his family. In the end he must
break down his self constructed barriers and accept his home, despite
the hardships that come with it.

TWENTY FIVE is a comedic web series about three high school best
friends who are reunited in NYC two years out of college. Each aims to
find a sense of belonging in New York amid fears that they aren’t living
up to their potential. Beryl’s been embroiled in a tumultuous
relationship and may be reaching her breaking point. Jimmy’s been on a
slew of OKCupid dates and hasn’t been able to find a guy he can connect
with. Now Taylor has joined them in NYC — she’s wide-eyed and full of
hope, but that may not last for very long…

David is a photographer with a tormented past and a solitary lifestyle who now works as a paparazzi in London. His very limited social circle revolves around his work and a manipulative tabloid journalist, Olly.

One night, David receives a tip off from a source, and manages to snap
famous film actor Robert Barker dining with a young brunette. Not
satisfied, Olly pushes David into pursuing Robert Barker to get more
compromising pictures of the couple. In this
chase, David’s past starts unravelling, and he’s forced to face the
damage that a tabloid fabrication caused to his own life.

Shadowtrain will illuminate
the cost of the destruction of the Native American community; to both
the indigenous population as well as to their European conquerors. The
documentary will reveal the qualities inherent in indigenous
people’s world views that should be recognized and adopted if we all,
collectively, intend to not only survive, but to find a way to live
happier, more meaningful lives. While engaging a wide variety of
opinions from notable activists, authors, artists, elders and shaman,
politicians and government officials, clergy, teachers and everyday
people, the film will reveal its message through a powerful music-driven
road trip.

Note:
Votes are confirmed by email.  After voting, please look for an email
from Poll Daddy and confirm your vote.  Indiewire nor PollDaddy use your
email address after the confirmation, but if you do want to sign up for
our newsletter, why DON’T you mosey on over here and do so!